A bacon with a v for vegan, but also for a visionary

Jorge Osés had the vision of creating a startup dedicated to the production of plant-based food. 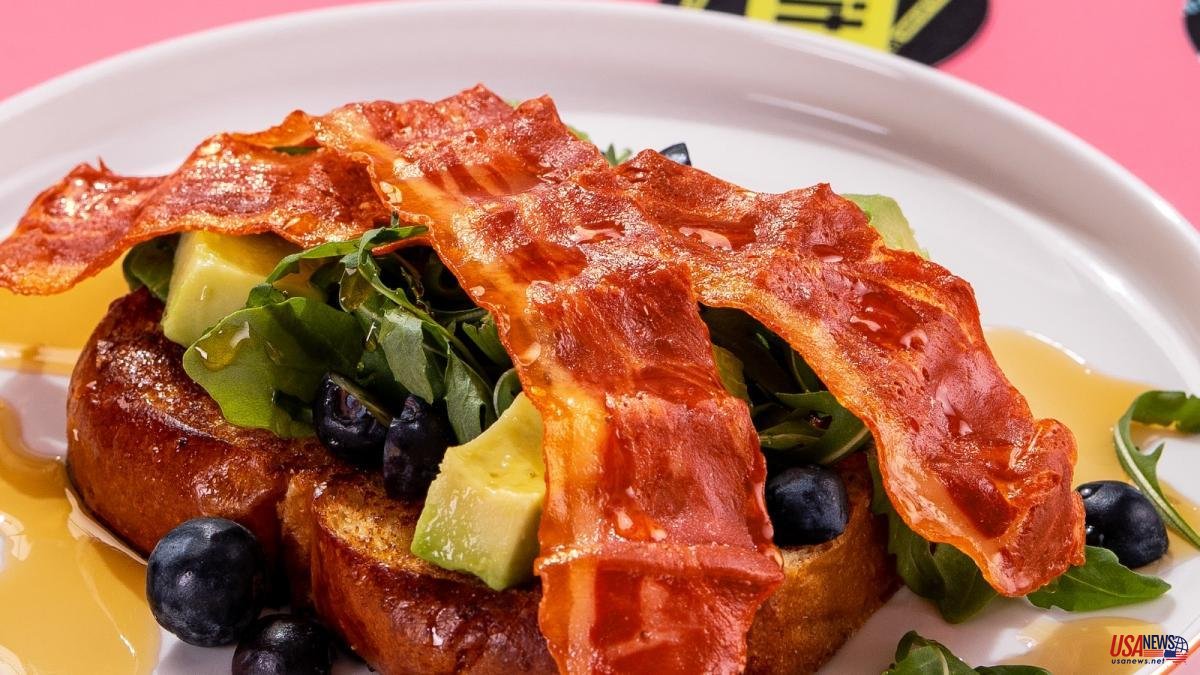 Jorge Osés had the vision of creating a startup dedicated to the production of plant-based food. After a first business attempt that was unsuccessful, Osés convinced the co-owner of the company where he worked to start a business with him. He did not ask just any person, but Toni Viñals, co-founder of Netipbox Technologies and Nsign.tv and fourth generation of the meat company Viñals Soler. Together they founded Let it V Foods in July of this year. The startup is written with a V for vegan, although it could also be visionaries: "I always say that I am the fourth generation of meat and the first plant-based," Viñals jokes.

After nearly a year cooking the recipe, the entrepreneurs launched a bacon-like food last September. The product is made by Viñals Soler, in Argentona (Maresme), from sunflower oil and pea protein. They go to the national horeca channel (hotels, restaurants and catering) with "the concern of ending up selling directly to the final consumer, until they manage to convince the most iron-fisted carnivore at the hands of the meat industry itself", in the words of Osés. Among its clients, the Vicio hamburger chain stands out.

With a team of five people, Let it V Foods has required an investment of 200,000 euros to date, and is currently negotiating a round of between half a million and one million euros. It is the first financial stop for the 1.5 million euros that they want to raise next year, with the aim of expanding into new markets through local partners and ending up becoming "one of the great plant-based brands in the world". the co-founders point out.