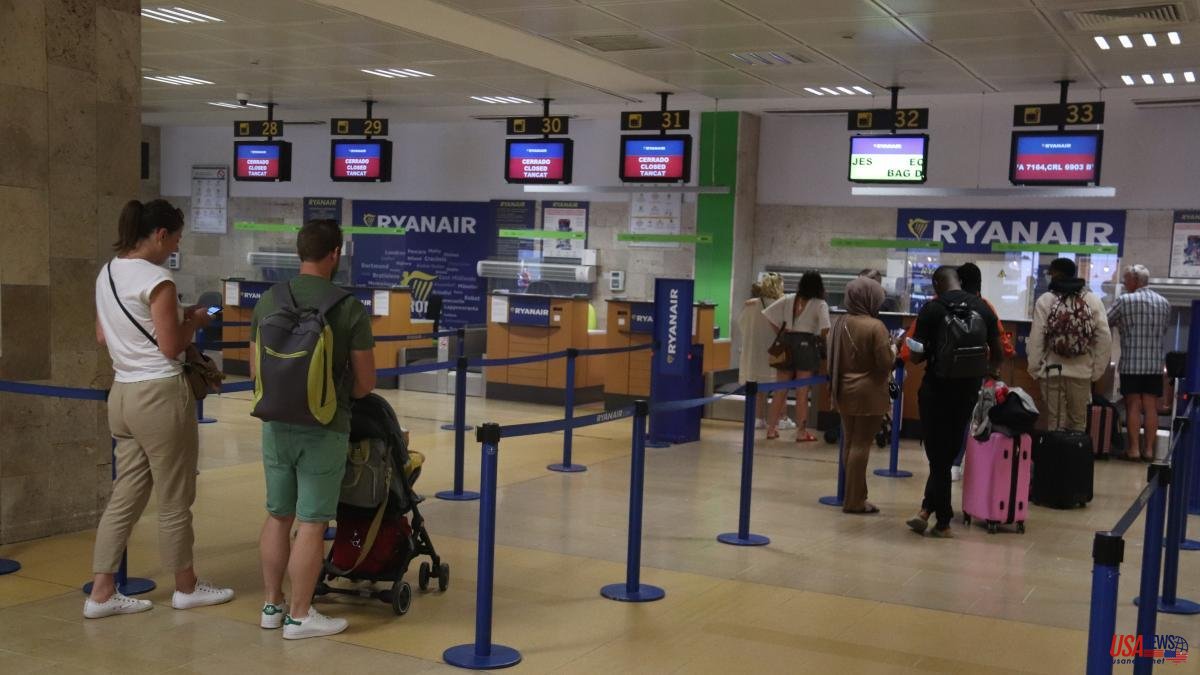 A total of 75 flights have been canceled until 7:00 p.m. this Saturday with origin or destination in Spanish airports as a result of the second day of strike by Ryanair cabin crew (TCP), as reported by the union USE.

The same sources add that the cancellations that Spanish crew members had to operate have been motivated by "the lack of notifications of minimum services by the company, which have been causing delays and chain cancellations." In addition, some flights have been canceled due to the strike in France, Belgium and Italy, notes USO.

The USO and Sitcpla unions called a strike for cabin crew (TCP) for June 24, 25, 26 and 30 and July 1 and 2, at the airline's ten bases in Spain - Madrid, Malaga, Seville, Alicante, Valencia, Barcelona, ​​Girona, Santiago de Compostela, Ibiza and Palma de Mallorca-.

The USO union has also highlighted that there have been at least 181 flights with delayed departure from the 10 bases that Ryanair has in Spain.

Likewise, USO in Ryanair denounced this Saturday that Ryanair has taken to its base in Malaga, through flights from Morocco, Moroccan crew members to operate flights in Spain.

“A completely illegal operation on all fronts. Firstly, because of blackjacking, here there is a legally called strike, with abusive minimum services by the company, denounced in the National High Court. And today, in addition, Ryanair has not notified many of these minimum services, it has found itself without crew to operate the flights for reasons solely attributable to the company, and it is breaking more and more laws”, warned the general secretary of USO-Ryanair, Lydia Arasanz.

As he explained, the second legal breach is that "these crews are not registered with the Spanish Social Security, not even in a country of the European Union, and they are operating flights with departure and arrival in Spain."

Thus, the trade union section of USO-Ryanair has filed a complaint with the National Police of the Malaga Airport in which it is stated that five cabin crew from Marrakech have been displaced.

A fifth Moroccan crew member has been assigned to complete the crew of the pair of Malaga-Palma de Mallorca flights (FR5730 and FR5729).

USO has also tried to denounce this situation at the Santiago de Compostela Airport. However, the union representative has been referred to the State Aviation Safety Agency (Aesa).

“We have been informed that the Aesa must be informed of the crews that operate each flight and if these crews comply with the law. Something that we do not have proof that Ryanair has notified, since the illegality, with the aggravating context of the strike, is manifest”, concluded Arasanz.