PORT ST. LUCIE, Fla. -- Michael Conforto continues to take advantage of early spring training at-bats by crushing nearly every pitch that comes his way.  Conforto went 2-for-3 with another home run, his second of the weekend, on Sunday to help... 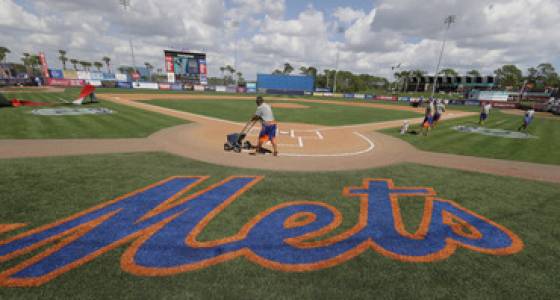 Conforto went 2-for-3 with another home run, his second of the weekend, on Sunday to help the Mets defeat the Detroit Tigers 5-2 in Grapefruit League play at First Data Field. In three games this spring, Conforto is 5-for-7 with three runs scored, three RBIs and two home runs.

How did Jay Bruce do at first?

"I think a lot of the things I was working on this offseason, like getting into my legs, has been huge for me," Conforto said. "And also the work we've been putting in and the extra swings with (Mets pitching coach Kevin Long) and (assistant hitting coach Pat Roessler) has definitely paid off. I'm just going to keep doing what I'm doing."

Conforto homered off of left-hander Daniel Stumpf in the sixth inning on Sunday to make it 3-0.

Dominic Smith put the Mets on the board in the third inning when he scored on a forceout by Jose Reyes. D'Arnaud singled home Conforto in the fourth inning to make it 2-0. Top prospect Amed Rosario then made it 4-0 in the seventh inning.

Chase Bradford gave up a two-run single in the top of the eighth and Luis Guillorme closed the scoring for New York in the bottom of the frame, tripling and then scoring on Tomas Nido's single to left field.

Walker: Neil Walker made his Grapefruit League debut, going 0-for-2. However, it was his first competitive action since his fall back surgery and he said he was able to play pain-free throughout.

Sewald: Right-hander Paul Sewald filled in for Chris Flexen, who was scheduled to make his first start but was scratched with a sore knee. Sewald, a non-roster invitee who spent all of last season with Triple-A Las Vegas, went two hitless innings and walked one.

d'Arnaud: His re-vamped swing has proven successful, The catcher is now 3-for-5 with an RBI in two games this spring.

What's next: The Mets will host the Astros on Monday, at 1:10 p.m., ET, in the final game of a three-game homestand.