PD Editorial: A cruel reality: When people steal from nonprofits

Three years ago, Santa Rosa police investigators looking into the disappearance of client funds at the nonprofit North Bay Regional Center discovered something shocking and disturbing. They learned that a trusted employee who had worked for the Napa-based... 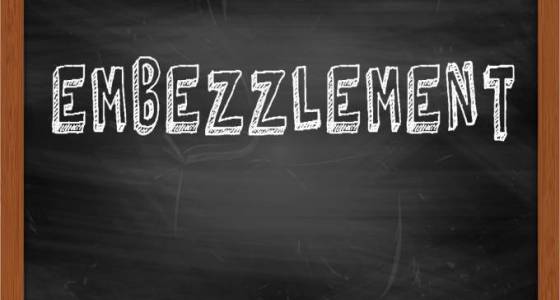 Three years ago, Santa Rosa police investigators looking into the disappearance of client funds at the nonprofit North Bay Regional Center discovered something shocking and disturbing. They learned that a trusted employee who had worked for the Napa-based agency for more than 20 years helping clients — most of them developmentally disabled — with their finances was helping himself to their money as well. The man, Larry Gene Sark, eventually was convicted of stealing nearly $400,000, money that went to expensive restaurants, outings at posh golf resorts and an expensive trip to Egypt, and was sentenced to 12 years in prison.

Around that same time, a former bookkeeper for the Salvation Army in Santa Rosa was arrested on suspicion of stealing some $50,000 over the year and a half that she worked for the Christian charity.

Then just weeks later, Healdsburg police arrested the 30-year-old president of the Healdsburg Youth Soccer League, on suspicion of embezzling some $51,000 from the sports organization. The saddest aspect of the story is that the suspect, Mitzi Giron, had been hired to replace the previous president, Kyle Hoffman, who had been sentenced to nine months in prison — for stealing $58,000 from the same league.

Sonoma County seems to have had more than its fair share of these kinds of gut-wrenching stories of individuals breaking the trust of the nonprofits whose interests they were hired to protect.

Now comes a new story with an all-too-familiar narrative.

Police arrested a 37-year-old Santa Rosa woman a week ago on suspicion of embezzling thousands of dollars from Cotati-Rohnert Park Project Graduation. According to police, the suspect, Mary David, the Project Grad treasurer, admitted to taking and spending the money. Officials say as much as $50,000 is gone, leaving seniors at Rancho Cotate and Technology High School at risk of having no post-graduation celebration this year.

David should be presumed innocent until she has had her day in court. But these kinds of stories leave us all wondering what is behind this trend. What is it that makes these nonprofit groups, which often times serve the most vulnerable members of our community, prey to this kind of villainy?

History has shown that more often than not these are crimes of opportunity, perpetrated by individuals who take advantage of lax accounting systems. In other words, they take the money because they can. Many times they are individuals who fall upon hard times and “borrow” the funds with the full intent and expectation of paying them back. But that day never comes.

The burden falls to organizations of all sizes to set up accounting and accountability systems that ensure no single individual has full access and control of all funds. The burden also falls to all organizations to know that all are vulnerable to this same thing happening to them.

We all hope for a day when we won’t see stories like these in the paper. But that day is not today.

In the meantime, we can celebrate those who chose to fight back in their own way, by helping those who have fallen victim to this kind of theft. This includes all those who are lending a hand to help Cotati-Rohnert Park Project Graduation come up with the funds to hold the graduation party students deserve.