Ontario doctors should cut out the insults and bullying: Editorial | Toronto Star

Physicians, heal thyselves. Stop the shameful bullying and intimidation that some of you have been indulging in as divisions among Ontario doctors grow more bitter.The Star’s health reporter, Theresa Boyle, reported in detail Monday on the ugly wave... 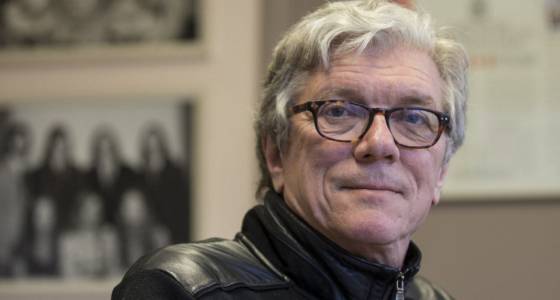 Physicians, heal thyselves. Stop the shameful bullying and intimidation that some of you have been indulging in as divisions among Ontario doctors grow more bitter.

The Star’s health reporter, Theresa Boyle, reported in detail Monday on the ugly wave of insults and cyberbullying that has become rife among too many of the province’s doctors since a tentative deal between the Ontario Medical Association and the provincial government fell apart last summer.

It includes vulgarity and intimidating messages sent by phone, email and on Facebook, directed mainly at doctors judged as not sufficiently opposed to the government and last year’s proposed deal. It’s ugly stuff – featuring promises to damage the career of a medical student who got on the wrong side of the heated argument, and even a threat to retaliate against patients of a doctor involved with the OMA.

It’s no doubt naïve to think physicians would be above such behaviour. They may be highly trained and doing God’s work, but they are human beings after all. When their professional interests (including their pay and control over their working life) are at stake it’s probably not surprising that some will lose their cool.

And there’s no indication that this involves more than a very small minority of the 34,000 physicians and medical students who belong to the divided and embattled OMA.

Still, the behaviour is both disgraceful in itself and sends a very worrisome signal about hopes for a settlement of the ongoing dispute between doctors and the Ontario government.

It’s bad enough to have drawn the attention of the province’s College of Physicians and Surgeons. Dr. Rocco Gerace, the college’s registrar, reminds members that “physicians are expected to model appropriate behaviour… and foster a culture of respect.” They are expected not to indulge in “rude, profane, disrespectful, insulting, demeaning, threatening, bullying or abusive language, tone, innuendos and behaviour.”

It isn’t just about hurting someone else’s feelings. If those who speak up on issues facing doctors are shouted down or shamed into silence, there can be no proper debate. The vocal, abusive minority will get its way by default.

Some of the worst abuse has been aimed at Dr. Philip Berger, who has been outspoken in the pages of the Star about what he sees as the need for physicians to restrain their demands in the interest of the overall health system. Agree or disagree, he has the right to express himself without being insulted or bullied – as do others.

The bigger concern is what all this says about the state of the OMA and the outlook for an agreement between doctors and the province.

The divisions in doctors’ ranks has been clear since last summer, when OMA members rejected a deal with the government that would have raised the $11.9-billion budget for physicians’ services by 2.5 per cent a year. The executive that recommended the deal all quit in early February. And now the hardliners are taking over, escalating their rhetoric against both the government and – as the Star report shows – critics within their ranks.

Their top priority is getting a promise of binding arbitration, something the government can’t agree to if it has any hope of keeping health costs under control. So the stage is set for a confrontation, and patients may end up being caught in the middle.

Doctors are dreaming in colour if they think this government (or a future Progressive Conservative one) can meet all their demands without breaking the bank. They may be angry, but the wiser course is still to moderate their claims in return for a bigger voice in overhauling the system.

And in the meantime, the few who are shouting down their opponents should cut it out. It does them no credit, and it can only make reaching a deal even more difficult.