Lake Forest has had enough recalls

Maybe Lake Forest should stop having elections and just wait on the inevitable recall. It has been only about 10 months since the last recall effort fell short of the signatures necessary to take it to the ballot box. But one council member who faced that... 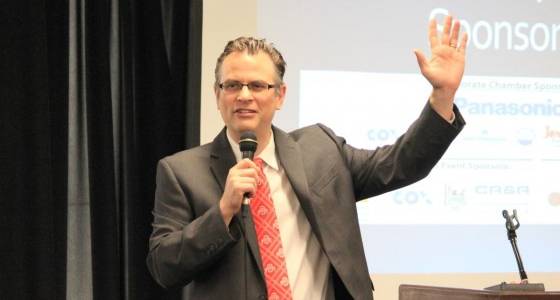 Maybe Lake Forest should stop having elections and just wait on the inevitable recall. It has been only about 10 months since the last recall effort fell short of the signatures necessary to take it to the ballot box. But one council member who faced that ill-fated recall now looks to be confronted by another.

“Larissa Fellick Clark, a resident since 1998, served Councilman Andrew Hamilton with her intent to circulate a recall petition after the March 7 City Council meeting,” the Register reported. “The petition was filed two days later.”

The main point of contention seems to be Hamilton’s vote on the contract with the Orange County Animal Center, which has been controversial. But then there are other accusations that are just odd. One, the Register noted, alleges that “Hamilton created aliases to post blogs about other council members and created Facebook accounts with false information.”

For his part, Hamilton denies the allegations, and Clark has no evidence to corroborate them. Hamilton filed an 8-word response: “Falsehoods, Whoppers, Lies, Distortions, Denigration, Untruths, Fabrications, Dishonesty.” The Register amusingly added, “He repeated the line 19 more times in the response.”

Like or dislike Andrew Hamilton, the councilman was elected by the voters in 2014 and is up for re-election next year. Recalls should be a political weapon of last resort. They should be used sparingly, and only when the claims of impropriety surpass typical election-year differences into the realm of the immoral, unethical or criminal, which requires the immediate removal of the offenders from office.

Instead, the issue in Lake Forest seems to be more about petty politics than any actual malfeasance. Former Councilman Adam Nick, the Register noted, “delivered the intent to circulate a recall petition and the draft petitions” to the city clerk.

Nick, and Councilman Jim Gardner, were supporters of the previous recall, and have been at political odds with Hamilton, along with fellow Councilmen Scott Voigts and Dwight Robinson.

Sometimes recalls are necessary, other times they are not. This one certainly seems to fall into the latter category. The residents of Lake Forest would be wise to reject this attempted recall.