Tourists imprisoned: Now do not recommend the expert to travel down there

The iranian regime keeps a sharp eye on particularly western tourists because of fears of spying. very at the moment, they are on the markers due to the high- 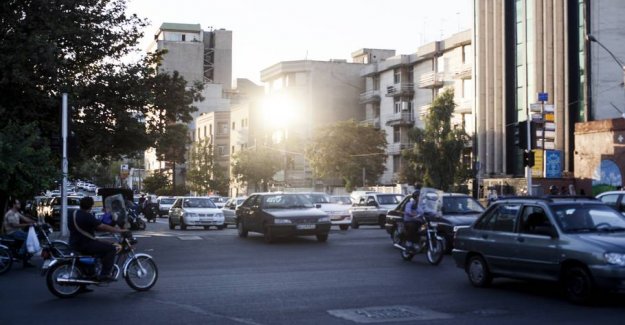 The iranian regime keeps a sharp eye on particularly western tourists because of fears of spying.

very at the moment, they are on the markers due to the high-spirited situation that surrounds the isolated theocracy.

Therefore, should you currently refrain from taking to the country as a tourist, says Ph. D. in political science and an expert in iranian matters, Ali Rhigh-Aghsan.

It is enormously difficult to say exactly what needs to be done, before the iranian authorities estimate that as a tourist, you must be arrested.

part of the explanation may be that the iranians want to detain foreign nationals for the use of negotiations with foreign powers. A second reason might be that some tourists simply forget that they are in a country where the military follows in everything you do.

- The two australian tourists have had a drone with which they have used to make some recordings, and it is stupid.

- Iran is a country where the military and the intelligence agencies have a grip on everything you do as a tourist, and they do not tolerate that kind of behavior.

- Espionage has the highest priority for them. They have a perception that those who come from the West of the starting point is the enemy. So therefore they are very aware of what you are doing, " says Ali Rhigh-Aghsan to Ekstra Bladet.

Udenrigministeriet write on their website, that they generally recommend that as a tourist, you are extra careful in connection with travel to the country.

- When you travel to Iran, you should at any time be aware of your personal safety. Most danes have no problems during the visit in the country.

- We advise against all non-necessary travel to the provinces of Kurdistan, Khuzestan and Hormozgan. The security situation is so unstable, that you should have very special reasons to visit the areas.

- We advise against all travel to the border areas of Iraq, Afghanistan and Pakistan, Sistan-Baluchistan and the eastern part of the Kerman province. There is a risk for terrorism and kidnapping. If you choose to travel, you should seek professional advice.

And it is far from unusual, that the regime prisons, foreign nationals.

- They have done the kind of several hundred times over the last 40 years. It is simply about creating a better starting point for future negotiations, says Ali Rhigh-Aghsan.

And with the current situation in the country taken into consideration, so he recommends that you currently do not choose Iran as travel destination.

- I would not do it. I think it is too dangerous at the moment. Right now, it is estimated that at least sit 15 foreign nationals imprisoned in Iran, says Ali Rhigh-Aghsan.

See also: Was punished to watch the football: So, she set herself on fire