Floods in the northeast of Thailand in two weeks claimed the lives of 32 people. It illuminates the country's department of disaster on Saturday. 23.000 peop 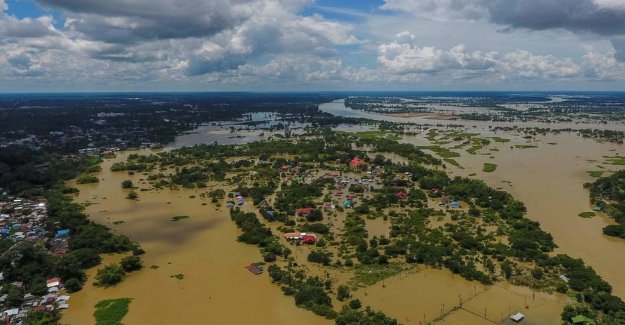 Floods in the northeast of Thailand in two weeks claimed the lives of 32 people. It illuminates the country's department of disaster on Saturday.

23.000 people have been evacuated as a result of the flooding that has left houses, roads and bridges under water.

heavy rain has swept over the country for the past two weeks, which has caused floods and mudslides. Families have been evacuated from their homes in boats.

It is two separate vejrhændelser, which is the cause of the floods, informs katastrofedepartementet.

Local media reports from the hardest-hit province, Ubon Ratchathani. Here goes people through the water that reaches them to the chest. And the rescuers are trying to steer the cattle towards higher ground.

According to a local official, it will take three weeks, before the water level will again be at a normal level in the area. Saturday is already improving, where the water level has dropped by four centimeters, the sounds.

the Government from several quarters criticised for having responded too slowly to the floods.

Prime minister Prayut Chan O-Cha has Saturday written on Twitter that he has asked the relevant parties to "speed up aid" to people in the affected areas.