Wednesday was the oscarnominerede director Feras Fayyad, who is an instructor at the Danish produced documentary 'The Cave' held in copenhagen Kastrup Airport 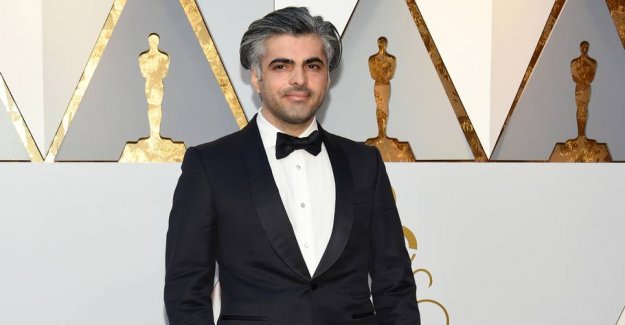 Wednesday was the oscarnominerede director Feras Fayyad, who is an instructor at the Danish produced documentary 'The Cave' held in copenhagen Kastrup Airport.

It says Sigrid Dybkjær, who is the film's producer, in a statement to the media Variety.

Syriskfødte Feras Fayyad is resident in Berlin, but spends a lot of time in Denmark in virtue of his work at the moment.

'Things escalated two nights ago, when I got a call from Feras. He told that he had been held in Copenhagen by the immigrationspolitiet. I hurried to the airport. Here told Feras to me that the police had used unnecessary force, as they had detained him', it says in the message.

'The last month has been very for a man who previously has been imprisoned and has been tortured in Syria, whose families are threatened, and who have siblings scattered across Europe', says on.

the Movie 'The Cave', as Feras Fayyad has directed, is nominated for an Oscar. Photo: Valerie Macon/Ritzau Scanpix

to Ekstra Bladet confirms Freddy Neumann, who is the PR responsible at 'The Cave', to the instructor on Wednesday, was detained in the Airport.

- There is some misunderstandings in the moment, he must show his papers in Denmark. He has a residence permit in Germany and come from Turkey on a plane, and therefore, there arises some problems and some questions about what he needs in Denmark. However, this should be provided, and he is allowed to continue, says Freddy Neumann for Extra Magazine and refers otherwise to Dybkjærs communication.

The Danish-syrian documentary 'The Cave' is one of five nominees for an Oscar in the category 'Best Documentary'. The film is about a female doctor, who leads an underground hospital in the syrian province of Al-Ghouta.

the Film is a personal depiction of Feras Fayyads experiences in Syria and is dedicated to his seven sisters, his daughter, and to all the women who have been imprisoned and tortured in Syria because they are women.