How will prosecutor trap rocker

By means of extensive and other countries and monitoring obtained from the area around the Hejrevej, Copenhagen tried prosecutor Jens Povlsen today to prove to 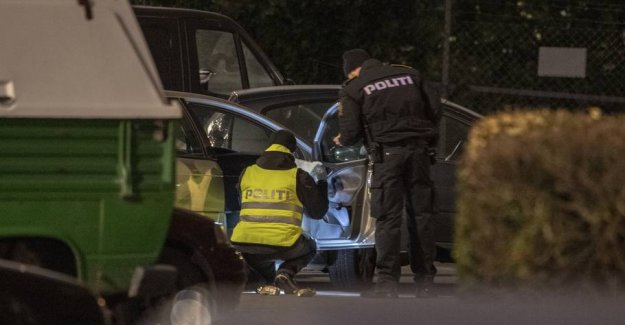 By means of extensive and other countries and monitoring obtained from the area around the Hejrevej, Copenhagen tried prosecutor Jens Povlsen today to prove to the Court of Frederiksberg, a 25-year member of the Satudarah is behind the killing of Nedim Yasar.

the Rocker and his co-defendants childhood friend refuses guilty, but it is the police theory that Satudarahmedlemmet fired the fatal shots at the former gang leader and radio host on the evening of 19. november 2018, while his comrade held and waited in a getaway car not far from the scene of the crime.

In court, it emerged that the two accused persons, the mobiles according to the collected all languages apparently 'went along' large parts of the afternoon and evening on drabsdagen.

A mobile call between a 25-year-old satudarahrocker and his girlfriend is one of anklagemyndigehdens strongest evidence in the case about the death of Nedim Yasar. Photo: Kenneth Meyer

Shortly before the killing was both mobiles also registered by the master in the area around the Hejrevej.

The 25-year-old rocker is denying that he has been at Hejrevej on drabsdagen, while his companion, acknowledges that he found himself in the area in connection with an illegal purchase of a larger quantity Viagra-pills - purchases that were allegedly made with a friend, as the defendants do not want to disclose the name of.

Nedim Yasar was killed by shots at Hejrevej, Copenhagen at 19.32 and the prosecution's strongest card is therefore apparently a call to rockerens cell phone from his girlfriend. When the rocker is similar goes his phone namely at 19.17 on a mast on the same street as the scene of the crime.

Nedim Yasar was a radio host at Radio 24syv and had just published a book about his past as a gang leader, when he was liquidated in his car in the Hejrevej in copenhagen's northwest area in november 2018. Photo: Tobias Nicolai

First, 30 minutes later, there is once again activity on the rockerens phone, when he receives a call to go on a mast in the oval.

Here was the defence contention that it would take 26 minutes, while the prosecutor thought that one at normal speed would be able to run the route at a max of 19 minutes.

Nedim Yasar was killed when a perpetrator fired several shots through the side window of his car as he held on Hejrevej in Copenhagen in november 2018. Here shall examine the police scene of the crime. Photo: Kenneth Meyer

Tuesday was once again shown overvågningsbilleder of the 26-year-olds car, which arrived to the area around the Hejrevej shortly after at 19 on the drabsaftenen.

the Photos show a hætteklædt man rise out of the front passenger side as the car finally keeps quiet about. 300 metres from the scene of the crime.The man is caught on five other surveillance camera in the area, documenting how he moves toward the scene of the crime at Hejrevej and back to the car 19.16.

It is the prosecution's theory that the hooded man is identical with satudrahrockeren, and that he in the car at this time get the decisive call from his girlfriend, before he again leaves the car and once again moving toward the scene of the crime 19.19.

12 minutes later, he makes himself, according to the prosecution to the culprit.

The killing of Nedim Yasar is not caught on the surveillance. Video close to the scene of the crime shows instead that the hooded man is captured by a camera seconds before the killing at Hejrevej.

Here disappears out of the camera angle for 12 seconds later to return - this time in the crazy run from the site.

It is the police theory, that Nedim Yasar, in the same period have been liquidated with no less than two fatal shots to the head.

on Tuesday completed the prosecution of the crucial evidence in the case against the two men, who refuse to commit.

the Next retsdag is set to 18. november, where the prosecutor and the defense must be plead in the case. Expected verdict 25. February.