A young couple's terrible death: Drowned in the elevator

A young couple was killed under eerie circumstances, as the israeli city of Tel Aviv on Saturday was hit by heavy rainfall and flooding in the southern part of 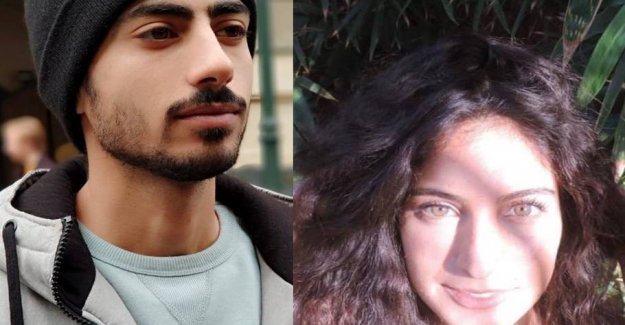 A young couple was killed under eerie circumstances, as the israeli city of Tel Aviv on Saturday was hit by heavy rainfall and flooding in the southern part of the city. The pair sat is suddenly stuck in an elevator due to a power outage, as the water began to fosse into the elevator.

the Accident happened in an apartment building, where the young couple, 25-year-old Dean Shoshani and 25-year-old Stake from harari, lost their lives when they drowned in the elevator, which got stuck while they were on the way down to the building's underground parking garage.

In just a few hours fell in the last Saturday, seven inches of rain. It is equivalent to approximately 20 percent of the annual rainfall in Tel Aviv.

the Fire department was quickly summoned to evacuate the residents of high-rise from the flowing water, and which was also used diving equipment, so you could move around in the water-filled lower part of the building, where the water stood high. Including in the stalled elevator, where the couple found themselves in a death trap.

below you can see a posting on Facebook, where you can see the scuba divers work in the flooded building.

When the rescue crews finally got wrestled into the water-filled elevator, they were both fainted and lifeless. Their bodies were badly chilled. On the way to the hospital tried the doctors to resuscitate the young couple. But it did not succeed to save their lives.

A family member of the deceased Dean Shoshani has on Facebook to criticise, that it took so long for rescue workers to come forward. This is equivalent rescue service, in connection with the violent flood of the whole of the southern town receive so many emergency calls that they could not answer them all together.

A resident has, according to The Times of Israel explained the following to a local radio station:

I called for help 16 times, and they put on each time.

The young couple died almost in our hands. We heard that they tried to get out of the elevator. But we could unfortunately not help them open the door. It was impossible. Since we could not hear any more sounds from them, and then we knew what had happened.

The israeli fire brigade is here in time to open the flooded elevator from the top. Photo credit: Israel Fire and Rescue Services

The young couple had just begun on a new phase in their life, when they a few months ago, moved into an apartment in the building, where they died.

In Sunday's met thousands of people in Tel Aviv up to the young couple's funeral.