CLEVELAND, Ohio -- "Shark Tank" celebrates $100 million in deals on tonight's episode on ABC. On the show, now in its eighth season, entrepreneurs pitch their products and businesses to a panel of investors, or "sharks," who either choose to invest their... 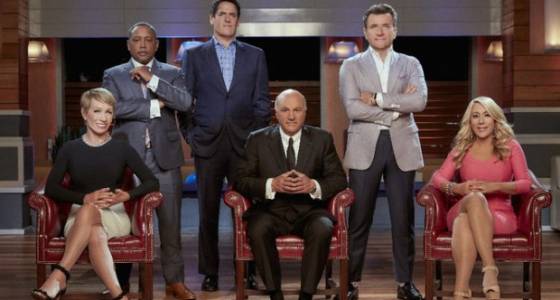 On the show, now in its eighth season, entrepreneurs pitch their products and businesses to a panel of investors, or "sharks," who either choose to invest their own time and money into a business, or send the entrepreneurs home empty handed.

The sharks -- Mark Cuban, Kevin O'Leary, Lori Greiner, Daymond John, Robert Herjavec and Barbara Corcoran -- have made their share of great deals and helped turn previously little-known products into household names. They've made some questionable ones too and even passed on a few ideas that later turned out be successful.

Here's a look at 5 memorable products, including three with Cleveland connections:

Former Browns defensive lineman Al "Bubba Baker" earned a $300,000 investment from John in 2014. Last year, Baker told success.com he suspects to pass $100 million in sales within a couple of years.

In 2015, Cleveland native Sasha Koehn and business partner Erik Schnakenberg turned down two deals for $300,000 for an equity stake in their made in America men's clothing line. Koehn told The Plain Dealer at the time Herjavec's offer of 25% was just too much equity to give up for their first round of funding. The company's sleek website and classic styles have since been featured on the Wall Street Journal, CNN and Forbes.

This fast-casual grilled cheese and tomato soup restaurant only had three stores when Cincinnati natives Trew Quackenbush and Corey Ward pitched the idea on "Shark Tank" in 2013. After making a deal with Corcoran, they've since opened more than 30 restaurants in more than a dozen states, including a location in Strongsville that opened last year.

This cupcake in a jar business has turned out to be pretty lucrative for Mr. Wonderful Kevin O'Leary. Using his signature royalty strategy, O'Leary agreed to invest $75,000 for a $1 royalty for every cupcake sold until he got his money back and then a 45-cent royalty in perpetuity after that. The company's CEO told Heavy.com last year they've had $8 million in sales since their appearance on the show in season four. You do the math.

This versatile smiley-faced sponge is known as the most successful product ever to come out of 'Shark Tank.' Greiner's $200,000 investment for 20 percent and her QVC connections helped turn Scrub Daddy into a $75 million business, according to Business Insider.