I read with interest the Feb. 19 article “Political rising star knuckles down.” Of particular alarm to me was the blending of laws of the state of Minnesota being used for a legislator’s convenience, or the law of her religion (whichever... 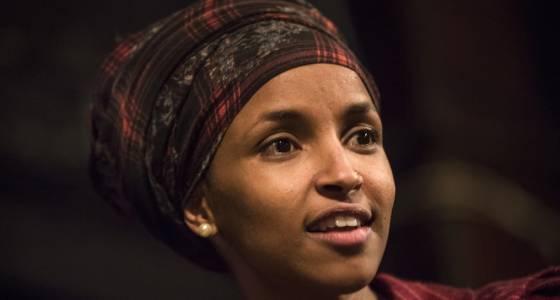 I read with interest the Feb. 19 article “Political rising star knuckles down.” Of particular alarm to me was the blending of laws of the state of Minnesota being used for a legislator’s convenience, or the law of her religion (whichever is handier to accomplish what she wants), which I presume to be sharia law. The article states that she is currently married to two different people, one in her religion and one who she is trying to divorce. I wonder if her constituents and the rest of Minnesota would be so blasé if this bigamy was under the guise of a different religion, say Mormonism?

TRUMP AND FREEDOM OF THE PRESS

When you turn the focus around, media blemishes appear

The Star Tribune editorial “No, Mr. President, we’re not the enemy” and the Dallas Morning News commentary “Let me tell you about ‘enemies of the people’ ” (both published Feb. 22) were complementary hyperboles.

Included in the commentary was a bit of counseling applicable to all of us: “the importance of using the right words, because of the damage that wrong words can do.”

When reporting on conservative policies, some mainstream media coverage now borders on insurrection. It would be a hyperbole to characterize the entire mainstream media as such — and comparable to implying that all illegal immigrants are suspect; all Muslims are terrorists; all whites are racist, and all blacks are welfare-dependent.

However, there are some “enemy of the people” journalists who slant their reporting by:

• Solely applying the generalization “immigrants,” when a clear and certain portion is “illegal” immigrants.

• Pandering to “sanctuary” cities — those that shelter immigrants who have illegally entered our sovereign nation.

There is to be no debate about the First Amendment and “freedom of the press.” But, professional integrity is primary.

The Feb. 22 editorial made some very valid points regarding the value of an independent press to freely express itself for the purpose of shining a light on the truth. Powerful political leadership can breed mischief, to be sure. The editorial’s points are valid, but the comments are also very self-serving.

In my opinion, these are the main points of the editorial:

• Lying becomes easier if there is no challenge to those in power.

• The U.S. media need no permission to do their job.

• Journalists serve us by shining light on the truth.

Just as power breeds mischief in political leadership, that can also happen in a group as powerful as is the national media. I submit:

• Trump has every right to push back against the media.

• It’s clear the media don’t like being watched or criticized.

• Without someone holding it accountable, the press is made up of human beings who are far too inclined to make personal judgments as to how to report something.

I do believe that to some journalists, “the truth,” onto which they “shine their light,” is individually determined. What they should do is shine their light on the facts and dispense with trying to subjectively decide what the “truth” is.

My description of a media professional who is not an enemy of the people:

• He or she doesn’t write or speak an untruth.

• Doesn’t hesitate to print items that don’t fit his or her position.

• Doesn’t invent headlines that slant to his or her position.

If perhaps, by mistake, he or she prints something that is untrue, he or she will, as soon as possible, tell the public it wasn’t true and immediately apologize.

That, my friends, is a true friend of the people.

President Trump’s reference to a free press as the “enemy of the people” is a phrase “typically used by leaders to refer to hostile foreign governments or subversive organizations,” the New York Times wrote. “It also echoed the language of autocrats who seek to minimize dissent.” Need we have any further explanation of what he, Stephen Miller and Steve Bannon are trying do as they undermine and degrade the First Amendment of the U.S. Constitution?

A Feb. 23 letter writer’s suggestion that “the Star Tribune’s current practice of using Washington Post and New York Times articles to supplement its news stories” is itself “fake news” suggesting that this so-called “current practice” has somehow changed since the last election. The truth is: Sharing articles between media agencies is and has been standard practice throughout our nation’s history. There is nothing deceptive here, as long as these articles are properly accredited. Further, I expect the editors do, indeed, scrutinize every article they share and print.

The letter writer is entitled to scoff at the conclusions the reporters from the Post and Times may draw; however, he is far off-target to impugn the standards of a fine newspaper.

Like many readers, I do not agree with everything published in the Star Tribune, but I was favorably impressed by the Feb. 22 editorial, by the letters on the same page written by William O. Beeman, Gregory C. Pratt, Maryanne Simonitsch, Jim Cotner and Ruth Berman, and by the commentaries on the facing page by Jennifer Behnke (on education policy) and Dallas Morning News editor Mike Wilson (on “enemies of the people”). Knowing that we have citizens willing to fight for intelligent national and local policies encourages me to keep up the good fight.

Here’s a supporting vote for MinnesotaCare as a solution

The Feb. 19 health insurance commentary from Gov. Dayton, state Sen. Tony Lourey and state Rep. Clark Johnson (“Give Minnesotans another good choice on their policies”) hit the mark straight-on. MinnesotaCare has gotten a little more complicated since MNsure got in the game, but I would still buy into MinnesotaCare in a healthy heartbeat if given the chance.

I felt taken care of and I had options for where I got my health care and how it was managed. When I found out I was no longer eligible and would have to get on the plan from my husband’s employer, I shed a tear. I grieved the loss of my insurance carrier. If that’s not a recommendation for MinnesotaCare, I don’t know what is.