Galleries Videos CONTACT ADVERTISE
Girne 6°
clear sky
BUSINESS EDUCATION ENTERTAINMENT HEALTH POLITICS SCIENCE SPORTS TECHNOLOGY
08:11 Stick it to “The Man” at the Zero Trust Security Summit
04:37 What to Consider When Starting Your Own Business
10:17 Clover POS System for Dental Offices
06:14 How Mobile Technology is Revolutionizing the World of Poker
20:31 The Importance of Banks in Our Lives
05:46 Things to Consider When Hiring a Criminal Defense Lawyer
09:15 Couple T-shirts are ideal for spicing up relationships
09:01 Laser Tattoo Removal and Its Amazing Benefits
07:58 Consolidate your medical bills with a debt consolidation
19:48 Is your mind a certain people? Elina Tanskanen gives a task, which you...
BIST
122142
GOLD
300.786
USD
5.9403
GPB
7.7710
EUR
6.5530
Breaking News
Why Go for Physical Therapy and How to Find the Best Therapist
Close

Oscar contenders aim to raise awareness — but in the Trump era will they change minds?

“La La Land” skips into the Oscars with a leading 14 nominations — and more than $136 million at the domestic box office — but some of the other best picture nominees offer a look at more serious issues beyond singing and dancing.... 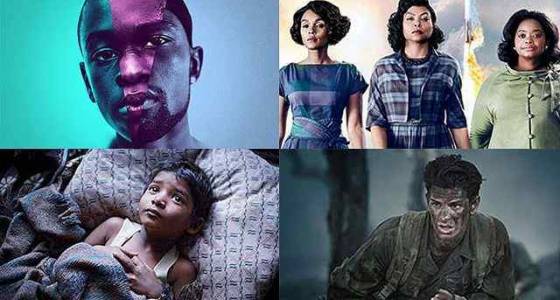 “La La Land” skips into the Oscars with a leading 14 nominations — and more than $136 million at the domestic box office — but some of the other best picture nominees offer a look at more serious issues beyond singing and dancing.

Critics point out that a number of this year’s Oscar contenders focus on topics that are meant to expose moviegoers to a different way of thinking, which is timely as President Donald Trump rolls back protections for immigrants and transgender students.

Once such film is multiple nominee “Moonlight.” It follows the story of Chiron, an African-American boy bullied in school as he struggles with his sexuality, and the realization later in life that he is gay.

Actor Trevante Rhodes, who plays Chiron as an adult, told the Southern California News Group the film offers lessons to people from all walks of life.

“The fact that the film is so specific, it becomes this universal thing that anyone can relate to because of the themes. Everyone, no matter your race, your sex, your age, everyone relates to the film.”

The drama tells the incredible true story of Saroo Brierley, a small boy in India who gets separated from his family. After living on the streets and later finding refuge in an Indian orphanage, he is sent to Australia to be raised by adoptive white parents.

Gil Robertson, president of the African-American Film Critics Association, said films like “Lion” and “Moonlight” can expose viewers to other cultures and different ways of thinking.

“The job of cinema is to expand the knowledge of ourselves and the world around us,” he said. “It’s critically important that there are stories out there that can inform audiences about the people that are driving next to them on the freeway, or shopping in the same supermarket with them or may live next door. It’s a powerful medium that can influence the way people see and live their lives.” Robertson also cited best picture nominee “Hidden Figures” — a box office hit that reveals the true story of a group of African-American women who played important roles in the early success of the U.S. space program.

Octavia Spencer, who won an Oscar in 2012 for “The Help,” returns to the Academy Awards with a nomination for her role as Dorothy Vaughan in “Hidden Figures.”

“It’ll be my anniversary with Oscar, my five-year anniversary to that day,” she said. “I’m excited to be going back as a nominee for representing a woman who did not, in her lifetime, receive the acknowledgment or the accolades that she should have for her contributions to the space race, and to science, technology, engineering and math programs.”

It’s not just the dramas that are raising awareness.

Even the best animated feature category offers a contender that runs counter to Trump’s policies of exclusion, said Nick Cull, professor at USC’s Annenberg School for Communication and Journalism.

Set in a city where animals of different breeds live together, Disney’s “Zootopia” explores how prejudice and fear can be exploited for political gain.

“‘Zootopia’ was a really, really interesting way of dramatizing, in a nonpreachy way, issues of pluralism and how we have to look at integration (and) diversity,” he said.

Cull suggested the academy emphasized more diverse themes in the nominated films after the uproar over its failure to nominate any actors of color over the past two years. A controversy that sparked the social media hashtag #OscarsSoWhite and ultimately led to membership rule changes in the academy.

This year seven of the 20 acting nominations went to people of color. Whether it’s the acting categories or best picture, Cull predicted Oscar voters will use their ballots to send a message about their values.

“I suspect people are going to be particularly anxious that their choices should reflect the kind of country that they want,” he said.

Among Oscar voters’ choices for best picture is “Hacksaw Ridge,” a true story from World War II about a medic who rescued 75 of his fellow soldiers on Okinawa. Mel Gibson, one of Hollywood’s more conservative and controversial figures, directed the film. But even it doesn’t follow the typical script of a war movie. The hero is a conscientious objector who refused to bear arms.

The question remains, will exposure to these themes on movie screens push viewers to reevaluate their political views? Gabriel Rossman, a UCLA sociologist who has written about film, doesn’t think so.

He points out that many of the best picture nominees haven’t made much of a dent at the box office. Take “Moonlight” for example, despite winning a string of awards, it has collected a modest $21 million in domestic ticket sales.

“‘Moonlight’ seems like kind of a prototypical Oscar film in the sense that it’s dealing with an important theme, a challenging theme but not exactly going to sell a lot of popcorn. It cost $5 million (to make), which is the catering budget on a Michael Bay movie,” Rossman noted. “I don’t think you could argue that a movie about the coming of age of a young, gay black man that not very many people saw, is going to have a huge effect on culture or politics overall.”

Still, Cull said the impact of the Oscars shouldn’t be discounted, especially with the show coming just a month after Trump took office.

“I think it’s a really important cultural moment,” he said. “This is going to be a tough night for Trump I would expect.”