CLEVELAND, Ohio - A Cleveland police officer promoted on Monday still has a pending federal court case against the city regarding a 2014 suspension over two Facebook posts. Officer Johnny Hamm became a lieutenant during a ceremony to promote 14 officers at... 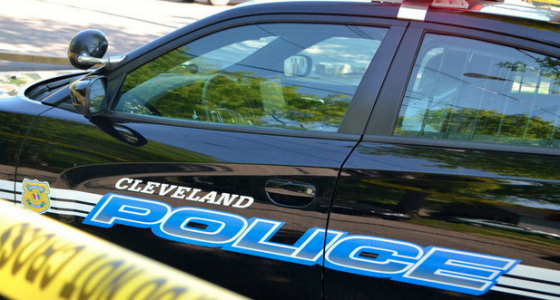 CLEVELAND, Ohio - A Cleveland police officer promoted on Monday still has a pending federal court case against the city regarding a 2014 suspension over two Facebook posts.

Officer Johnny Hamm became a lieutenant during a ceremony to promote 14 officers at Cleveland City Hall. He has previously worked in the city's second and third districts, as well as in traffic enforcement, according to a news release from the city.

Hamm is currently suing the city of Cleveland and Cleveland Police Chief Calvin Williams after he was suspended for 10 days in 2014 for violating the department's social media policy. Hamm wrote two Facebook posts following the 2012 police chase and shootout that ended with the deaths of Malissa Williams and Timothy Russell.

A federal judge ruled in September 2016 that Hamm's posts were constitutionally protected speech, and his suspension was retaliatory. A settlement conference for the case is slated for April 11, court records state.

Here's how the situation leading up to Hamm's suspension unfolded:

On June 1, 2014 - one day after the Cuyahoga County Prosecutor's Office announced indictments against six officers involved in the chase -  Hamm took to Facebook to muse about the upcoming case.

He said that "the victims in this incident are the officers and society," according to documents provided to cleveland.com in 2015.

"The criminals (those committing multiple felony criminal acts while putting the lives of others in danger) are not the victims. No matter how tragic it is perceived, the criminals are not victims," he wrote.

After someone anonymously reported Hamm's post to his supervisors, Hamm took to Facebook again days later to say that "with a little detective work I could find out who you are, but I do not want to know," the documents say.

Hamm is also one of two Cleveland police supervisors who expressed interest in joining the Cleveland Community Police Commission after Cmdr. Deidre Jones announced that she was stepping down. A decision on Jones' replacement has not yet been announced.

"Despite what some may believe, police officers, like any other citizen of the United States, have constitutional rights. Hamm defending his constitutional rights in no way has impeded his ability to be an outstanding sergeant, nor does it impede his ability to lead our rank and file as a newly promoted lieutenant," Loomis said in a text message. "Any claim to the contrary is simply media driven and politically motivated."

Also among the promoted officers were two men who have been involved in lawsuits for excessive use-of-force instances. Both of those cases have since been settled, and it's unclear if either officer faced internal discipline for their involvement in the incidents.

Officer Patrick Petranek - who was promoted to lieutenant - was involved in a 2007 altercation while on patrol downtown. Petranek and his partner were accused of slamming a man against their cruiser; throwing him to the ground and using vulgarities and racial slurs against him as he tried to alert them about a stolen car.

Officer Ronald Weber - who was promoted to sergeant - was involved in 2011 incident where he was accused of shocking a man with a Taser at close range during a traffic stop. The Cleveland police Office of Professional Standards said the victim in the case, James Malcolm, had "unfounded" complaints against the officers.