CLEVELAND, Ohio -- Wayne Bratton is a longtime Clevelander who's worked in boating in some form or another since 1953, so he's had a front-row seat to the transformation of the Cuyahoga River and Lake Erie. That's why Bratton, 82, is worried about President... 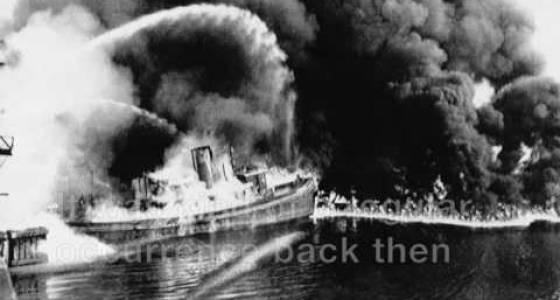 CLEVELAND, Ohio -- Wayne Bratton is a longtime Clevelander who's worked in boating in some form or another since 1953, so he's had a front-row seat to the transformation of the Cuyahoga River and Lake Erie.

That's why Bratton, 82, is worried about President Donald Trump's proposed elimination of the Great Lakes Restoration Initiative. The program since its inception in 2011 has spent nearly $178.5 million on 319 projects in Ohio, including almost $2.7 million in Cleveland alone, to help protect against toxic algae outbreaks, keep rivers clean and clear, and protect the lake's ecology from invasive species like the Asian carp.

Bratton is an Army veteran who describes himself as a political independent, and is a Trump supporter. He likes that Trump has a business background, and that he's not a product of the political system. But he disagrees with the proposal to cut the lake protection funding, and hopes something will get worked out.

"It took us a long time to get to this place, and that's what I am concerned about," Bratton said in an interview on his boat, docked on the West Bank of the river. "We have these problems, we recognize them and we study them. And we are doing something physically about it and correcting them."

Ohio Matters is a series examining important national issues through the eyes of people living across the state.

Bratton was working a desk job for a shipping company in the Terminal Tower the day the Cuyahoga River infamously caught fire in 1969, which inspired the creation of the U.S. Environmental Protection Agency. He remembers the river's black color, thick with petroleum and methane gas, and the smell of the steel mills and other heavy industry that lined its banks.

"It was the smell of industry. It was a sign of prosperity. It was jobs. But we think of these things differently now," he said.

After the furor surrounding the river fire, Bratton said industry leaders, boaters and others banded together to clean up the river, which had been treated as little more than a sewer. Congress passed laws enforcing pollution controls in the 1970s, which Bratton said motivated those who didn't change their ways.

In 1982, Bratton started his own charter-boat company, Trident Marine Corporation. Today, Bratton, lives in Cleveland's Edgewater neighborhood and still leads customized, narrated tours on the company's 65-foot boat, the Holiday. While he occasionally grumbles that crew rowers and other recreational users who populate the river don't follow proper safety protocols, he's glad that more people are enjoying the river today.

He recognizes the lake as a source of drinking water for Greater Cleveland, and, along with the rest of the Great Lakes, a major portion of the fresh water in the entire world. It's also an economic driver -- more than 20,000 jobs and $3.5 billion in annual economic activity are tied to the cargo that moves through the Port of Cleveland each year.

"It's important that we keep this space clean. We're allegedly the walleye capital of the world, and we don't want to lose that. That's tourist dollars. And we don't want to have a Flint, Michigan situation with our water," he said.

The Holiday, a 65-foot, steel-hulled boat owned by Bratton's company, is docked in the Cuyahoga River near the West Bank of The Flats.Andrew J. Tobias, cleveland.com

One Great Lakes Restoration Initiative project sent $425,000 to the Port of Cleveland to buy a pair of work boats to keep the river clear of trash and other debris. The boats, named Flotsam and Jetsam, have removed 100 tons of trash in the past three years, said Jade Davis, a lobbyist and spokesman for the Cleveland port. This helps keep the river clear for recreational and industrial traffic alike.

"You could definitely say there's the payoff right there," Davis said. "It's very tangible, and people can see it. Well actually, they don't see it, in terms of the trash that used to be in the river."

Bratton said a colleague who works in Wisconsin described a river there becoming so thick with algae that it was like driving through heavy snow. He said farmers throughout Ohio are cooperating to prevent a repeat of the 2014 algal bloom that left 500,000 in the Toledo area without drinking water, but that it's going to take an ongoing, coordinated effort.