Lawsuit filed in 2016 DUI crash in Aurora that killed girl, 9

A wrongful-death lawsuit has been filed against a man accused of driving intoxicated and killing a 9-year-old girl in Aurora last October.John Jonak, the father of Katelyn Jonak, of Aurora, filed the lawsuit in Kane County against Anthony S. Potochney, 25,... 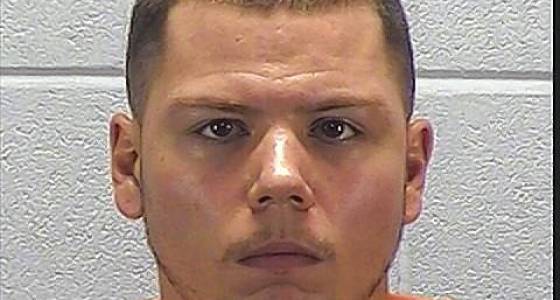 A wrongful-death lawsuit has been filed against a man accused of driving intoxicated and killing a 9-year-old girl in Aurora last October.

John Jonak, the father of Katelyn Jonak, of Aurora, filed the lawsuit in Kane County against Anthony S. Potochney, 25, of the 900 block of North Avenue, Aurora, according to court records.

Jonak seeks unspecified damages of more than $50,000 from Potochney, who also faces up to 14 years in prison if convicted of aggravated DUI and another four to 15 years in prison for leaving the scene of a fatal crash.

Potochney was northbound on Broadway in a 2003 Cadillac DeVille and speeding when he crossed the centerline and collided head-on with Jonak's vehicle, killing the girl, according to the lawsuit.

"At the time of the accident, defendant Anthony S. Potochney was operating his motor vehicle under the influence of alcohol and was intoxicated," part of the lawsuit read.

According to a sworn report from the arresting officer, Potochney, also charged with reckless homicide, was caught running from the crash scene, and had slurred speech, reeked of alcohol and smelled of marijuana smoke.

"He admitted to driving the offending vehicle and was identified by witnesses," the officer wrote.

Potochney has pleaded not guilty to the aggravated DUI and other charges. He is next due in court Wednesday. He was being held at the Kane County jail on $300,000 bail.

The two sides in the wrongful death suit are due in court May 9.

In November 2013, Potochney was charged with assaulting a 66-year-old man at an Aurora restaurant, as well as a 44-year-old restaurant employee who came to the man's aid.

Potochney pleaded guilty to aggravated battery to a victim older than 60 and was sentenced to two years of probation, which he completed, according to court records.