Galleries Videos CONTACT ADVERTISE
Famagusta 24°
clear sky
BUSINESS EDUCATION ENTERTAINMENT HEALTH POLITICS SCIENCE SPORTS TECHNOLOGY
12:08 Guide To Online Sports Betting: How To Choose A Sportsbook
08:28 What Are Some Reasons to Consult a Brain Injury Lawyer?
09:24 Blockchain Solutions for Enterprises: How To Increase Efficiency And Profitability
07:06 How To Deal With A Car Crash In New York
17:43 Tips to keep in mind while choosing the casino site
11:34 Relation Between Employee Theft and Pre-employment Screening Check
04:37 Search your own desired site to play sports for betting
18:00 Top 3 Career Path Options for Business Analysts Preview
15:35 The history of Imen Jane, who is the influencer and the charges on the...
18:48 Sebastian Vettel's Greatest Races
BIST
1124
GOLD
459.542
USD
7.6460
GPB
9.7850
EUR
8.8844
Breaking News
Top 3 Career Path Options for Business Analysts Preview
Close

A man found not guilty by reason of insanity of the 2000 slayings of two Rohnert Park women continues to be a danger to the health and safety of others and must remain on outpatient supervision, jurors found Tuesday.Mathew Beck, 43, stabbed to death his uncle’s... 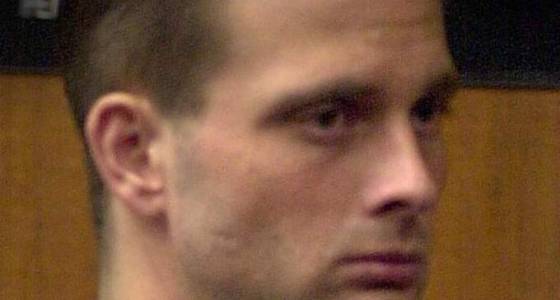 A man found not guilty by reason of insanity of the 2000 slayings of two Rohnert Park women continues to be a danger to the health and safety of others and must remain on outpatient supervision, jurors found Tuesday.

Mathew Beck, 43, stabbed to death his uncle’s fiancee, Sandra Napier, 36, and her mother, Marcella Napier, 63, after suffering a psychotic breakdown.

Beck spent more than 10 years in state mental hospitals before winning conditional release into an outpatient program in 2012.

In a more than weeklong trial that started earlier this month, he presented evidence suggesting he was no longer a danger and should be free of all remaining oversight including curfews, drug testing and counseling.

But Conrep program officials testified he was not ready, pointing to concerns about his behavior. Jurors, agreed, voting 10-2 to reject his bid for at least another year. His lawyer said he will likely seek another ruling then.

“Mr. Beck, it’s been a long road for you and you’re still on that road,” Judge Elliot Daum said after the verdict. “But I see light for you at the end of the tunnel.”

You can reach Staff Writer Paul Payne at 568-5312 or paul.payne@pressdemocrat.com. On Twitter @ppayne.