CAIRO—Egyptian authorities arrested nine leaders of the outlawed Muslim Brotherhood group on charges that they belong to a terrorist organization and were plotting to overthrow the government, authorities said Tuesday.The detained include Abdel-Rahman... 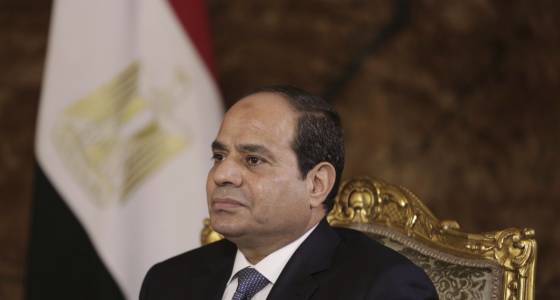 CAIRO—Egyptian authorities arrested nine leaders of the outlawed Muslim Brotherhood group on charges that they belong to a terrorist organization and were plotting to overthrow the government, authorities said Tuesday.

The detained include Abdel-Rahman el-Morsi, a Brotherhood leader and member of the group’s Guidance Office, the Supreme State Security Prosecution said in a statement, adding that the men were now under investigation.

The Brotherhood won a series of democratic elections after Egypt’s 2011 uprising. Mohammed Morsi, a senior member of the group, was elected president in 2012 but was overthrown by the military after a divisive year in power.

Since then, the government has carried out a widespread crackdown on the Brotherhood and other opponents, with hundreds killed and thousands jailed. Draconian anti-terrorism laws passed under President Abdel-Fattah el-Sissi, who led Morsi’s overthrow, allow the state to define a broad category of dissent as terrorism and prosecute those disseminating nonofficial information.

El-Morsi was known as one of the Brotherhood members who sought reconciliation with the government, which has branded it a terrorist organization. Some Brotherhood leaders are living in exile, although most of the cadre involved in Morsi’s year in power remain imprisoned in Egypt, with several including Morsi sentenced to death.

The arrests come a day after Foreign Minister Sameh Shoukry began a visit to Washington to strengthen such ties with the new administration of U.S. President Donald Trump.

He briefed Secretary of State Rex Tillerson on Egypt’s “gradual” reform program, which Shoukry’s office described in a statement as aiming to “preserve the society’s stability in order to successfully complete the democratic transition process.”

“Shoukry expressed that he aspires to co-operate with him in the next stage in supporting and promoting Egyptian-American relations, thereby reflecting their specific and strategic features, and emphasizing the importance of achieving the common interests of both countries during the coming period especially in light of President Donald Trump’s Administration,” his office said in a statement. It described McMaster as keen to advance bilateral co-operation.

Later on Tuesday, a Cairo court sentenced four defendants to prison involved with soccer fan organizations known as “Ultras” to prison for “incitement against the state.”

One of the defendants, Abdel-Rahman al-Qaradawi, was given five years for disseminating “false news,” damaging the country’s interests and disturbing peace and security.”