A body was spotted floating in Lake Michigan and authorities have launched a death investigation.About 7:50 a.m. Saturday, police and the fire department responded to the 1000 block of North Lake Shore Drive, authorities said. They were called there... 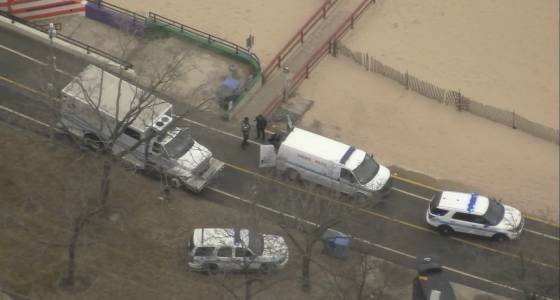 A body was spotted floating in Lake Michigan and authorities have launched a death investigation.

About 7:50 a.m. Saturday, police and the fire department responded to the 1000 block of North Lake Shore Drive, authorities said. They were called there by a report of a dead body in the water at Oak Street Beach.

Officials located and pulled the body from the water.

"An adult male was recovered from the water in the 1000 block of North Lake Shore Drive," said Officer Kevin Quaid.

A fire department official said his department responded but they were soon called off as it was determined to be a police scene.

Quaid said he did not know whether the call was related to any active missing persons reports and said it was too early to identify the body.

"An autopsy has to be scheduled," Quaid said.