A former Bloomberg LP sales executive drugged and raped a saleswoman on his staff twice over a number of weeks, an explosive lawsuit claims.The attacks by Nick Ferris, a former global business development head at the company, happened after work in February... 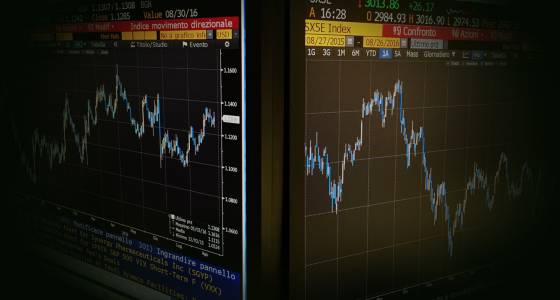 A former Bloomberg LP sales executive drugged and raped a saleswoman on his staff twice over a number of weeks, an explosive lawsuit claims.

The attacks by Nick Ferris, a former global business development head at the company, happened after work in February and March 2013 at his Manhattan apartment, the lawsuit claims.

The first attack happened after Ferris and his 22-year-old subordinate enjoyed drinks at a business dinner and then downed vodka and smoked pot at his apartment, the suit alleges.

The woman, whose identity is not disclosed in the suit, said she went to sleep in a guest bedroom after partying with Ferris and his girlfriend — only to be awakened in the middle of the night by the sexual attack, according to the suit, filed in state court in the Bronx.

Ferris has not been charged with any crime. The civil suit claims civil rights violations, a hostile work environment and sexual discrimination. The woman, identified only as Margaret Doe, claims Ferris got her addicted to powerful narcotics after she started working at Bloomberg in September 2012 — which he withheld after the first attack until she agreed to go again to his apartment, it is alleged.

On the second visit to the apartment — after Ferris gave her narcotics while at work — he again raped her, the lawsuit claims.

The suit — which also names Bloomberg LP and its owner, former New York Mayor Michael Bloomberg, as defendants — also claims Ferris sexually harassed the woman, who sold subscriptions to the company’s newsletters, and others. The suit seeks $20 million in damages.

After the first attack, Ferris scheduled a meeting with the woman at a conference room at the company’s Manhattan headquarters, it is alleged.

At the meeting, Ferris said he wanted to continue to have unprotected sex with her — and asked her “to use a condom with any boyfriend she had because he was having unprotected sex” with his girlfriend.

The woman claims that requests sent to human resources to move her desk were ignored, and she was later reprimanded during an investigation into another male Bloomberg employee who had harassed her.

The suit, which was filed in December but hasn’t been reported on until now, alleges what it calls “The Bloomberg Drug Culture,” in which Ferris “manipulated” the woman, for “personal and professional purposes,” into taking drugs in order to reach sales goals.

Ferris would hide drugs throughout the Bloomberg office in a mailbox, a Tic Tac container and a book, it is alleged.

Once, Ferris sent drugs disguised as a Christmas present to the woman at her parents’ Connecticut home, the suit claims.

Ferris was fired from Bloomberg in December 2015 after a review of thousands of e-mails and interviews with several coworkers confirmed that he had an inappropriate relationship with the woman, a source said.

In court papers, Bloomberg LP denies that there is a Bloomberg drug culture — and all other allegations.

A lawyer for Ferris, who left Bloomberg in December 2015, says the allegations are a lie.

“We deny the allegations of the complaint, and we will be vindicated in court,” Paul Shoemaker, Ferris’ lawyer, told The Post.

Donna Clancy, a lawyer for the woman, declined to comment beyond the suit.

Ferris joined a Texas financial education company, Simpler Trading, last September as chief operating officer, according to a company announcement at the time.

A receptionist at the company told The Post on Friday that he no longer worked there.