With the news that superstar Beyonce, who's pregnant with twins, had to back out of the 2017 Coachella Valley Music and Arts Festival under the advice of her doctor, there was a big hole at the top of the sold-out festival's lineup.Billboard reported Tuesday... 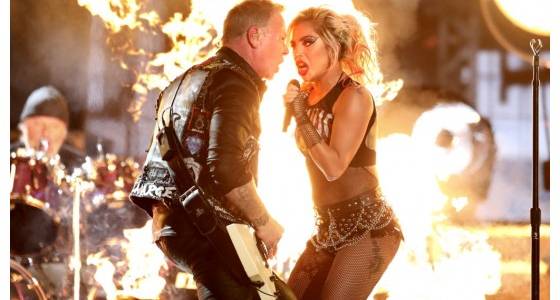 With the news that superstar Beyonce, who's pregnant with twins, had to back out of the 2017 Coachella Valley Music and Arts Festival under the advice of her doctor, there was a big hole at the top of the sold-out festival's lineup.

Billboard reported Tuesday afternoon that the festival was inking a deal with Lady Gaga. (Also, we told you so--Lady Gaga was totally on our list of likely Beyonce replacements).

Beyonce, who pledged to come back in 2018, was booked for the Saturdaynight slot on April 15 and 22 at the Empire Polo Club in Indio. (Radiohead is headlining Friday night and Kendrick Lamar is headlining Sunday night).

It makes sense that Gaga could top the bill. She's kind of having the biggest year ever. Here's why.

Lady Gaga headlined Super Bowl LI's halftime show in Houston. She literally jumped off the roof of the stadium, had plenty of hits, sparkles and even a keytar. Even the people who aren't into football watch the Super Bowl for commercials and the halftime show.

She's selling out some of the biggest venues in America.

Right after the Super Bowl performance, tickets went on sale for her upcoming tour in support of new record "Joanne" and many dates sold out in minutes. She's already added a third date to her tour at The Forum in Inglewood because the first two sold out so quickly.

Lady Gaga collaborated with Metallica at the recent Grammy Awards. Yeah, it was talked about because of the technical difficulties, but there was a whole lot of fire. Oh, and when the collaboration was introduced by Laverne Cox, she only mentioned Gaga was named. Heck, maybe Metallica and gaga could try their collaboration again at Coachella.

See the full lineup for the two weekends

5 things we noticed about the Coachella 2017 lineup