ROME -- Pope Francis says he's studying the possibility of going to South Sudan, the East African nation suffering famine and civil war.Francis said while visiting an Anglican church in Rome on Sunday that Anglican, Presbyterian and Catholic bishops had... 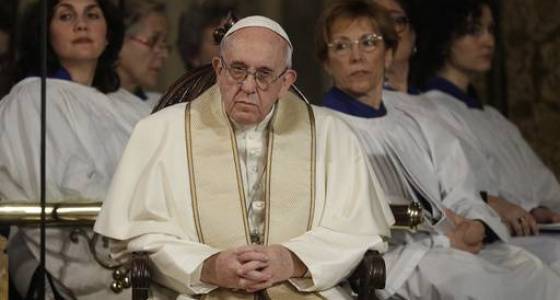 Francis said while visiting an Anglican church in Rome on Sunday that Anglican, Presbyterian and Catholic bishops had asked him to "please come, even for a day."

The pope says they asked him to visit with Archbishop of Canterbury Justin Welby, the Anglican leader who also has decried the suffering in South Sudan.

Francis and his aides are studying the possibility. He didn't specify if they were considering a trip just by him, or one with Welby.

The pope has demanded concrete actions to get food to starving people in South Sudan. The United Nations and others have accused the nation's government of blocking or restricting aid deliveries.