Is there a piano doctor in the house? That was the question -- literally -- at bergenPAC in Englewood on Thursday night, when the New Jersey Symphony Orchestra came to an abrupt halt after the piano stopped working mid-concert. Given the amount... 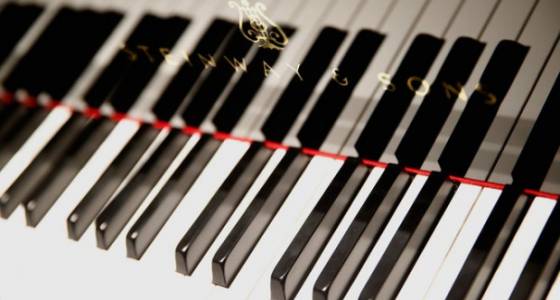 Is there a piano doctor in the house?

That was the question -- literally -- at bergenPAC in Englewood on Thursday night, when the New Jersey Symphony Orchestra came to an abrupt halt after the piano stopped working mid-concert. Given the amount of preparation that goes into symphony performances -- bookings can take place up to three years in advance -- the gaffe made for one of the region's strangest concerts in memory.

The opening concert of Music Director Xian Zhang's first series with her orchestra in 2017 started out without a hitch with a performance of Verdi's "Nabucco." But when it was time for the main event, "Rachmaninoff Second Concerto," featuring celebrated Russian-born pianist Kirill Gerstein, things took a very unusual turn.

Zhang and soloist Gerstein were about a minute into Rachmaninoff's concerto when something sounded wrong -- the treble notes on the Steinway were just not ringing right. A few minutes later, Gerstein stopped playing mid-phrase. He turned to the audience and said, "The sustain pedal isn't working. It would be unfair to you and to Rachmaninoff to continue with the part of the piano missing."

He then asked if there was a piano doctor in the house before walking off stage.

Soon it was announced that a piano fixer was en route (who knew they work on-call?) The piano brought off stage for repairs, and it was announced that the Elgar Variations -- which was to close the program -- would now be played first. After another pause, Zhang came out and stalled for more time by singing certain Variation's themes, sharing anecdotes about Elgar's romantic history and so forth. Luckily before she had to start doing magic tricks, the music continued.

On Friday, a spokesperson for the symphony said: "It broke during the performance, was fine in rehearsal." The spokesperson added that, "The piano was quickly diagnosed and repaired by Steinway & Sons concert technician Li Li Dong."

This particular Steinway Model D, made in 2013, retails for approximately $160,000. It is owned by Steinway and Sons and was on loan to NJSO for the concert. Malfunctions of the storied brand are rare, but -- according to a Steinway spokesperson -- "it does happen."

Despite what ultimately proved to be about a 20-minute hiccup, the show did go on. As the piano was being repaired, Zhang and the NJSO tackled the Elgar Variations. The performance of the 1899 score was accomplished; the andante theme was placid and pulsed with life.

Variation II scampered with mystery and Variation IV ended with another big, Zhang-ian finish. The pastoral Variation VIII burbled along nicely and the famous "Nimrod" Variation was perfectly noble and majestic. What it lacked was a spark of something new or immediate -- though to be fair, with the question of whether the headliner would go on or not in everyone's mind, a gentle palate cleanser rendition of Elgar may have been just right.

After another break, the piano was back front and center. Gerstein took his seat and began again for take two of "Rach 2." The thundering opening notes were dramatic without being showy. Zhang and her band made their entrance with a big, stormy fog of sound. Rachmaninoff's score was getting its due courtesy of the Steinway -- as Gerstein's arpeggios radiated with fidelity -- as well as the orchestral accompaniment.

The second movement featured more smoldering symphonic playing and a lovely oboe solo by Karl Herman that contrasted well with Gerstein's tone. At the end of this Adagio, there was one passage well above the staff where Gerstein attacked a string of glistening notes where you could hear the sustain pedal put to good use. (As the soloist remarked in an interview last week, not having the same piano for each of his concerts with the NJSO "adds an element of freshness and variety ... instead of lamenting it, one should find a way to make it feed me.")

The final movement also impressed. Sure, certain notes and textures were lost due to the cramped stage and bergenPAC's odd acoustics, but the musicians delivered Rachmaninoff's big, blockbuster score in a full-throttle -- but never fussy -- way. This listener has heard richer, more stirring accounts, but few that displayed such clarity and subtly while still being entirely satisfying.

When the piece was finally over, Gerstein and Zhang grabbed each other with the force of a bear hug as the crowd cheered. Proof that, functioning piano or not, you can't keep a good orchestra down.