A new exhibition at Kensington Palace chronicles Princess Diana's evolving style throughout her life prior to her tragic death in 1997. The exhibition, titled "Diana: Her Fashion Story," delivers a exceptional look at Diana's style and capabilities some... 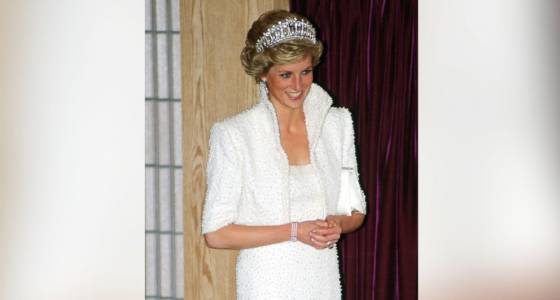 A new exhibition at Kensington Palace chronicles Princess Diana's evolving style throughout her life prior to her tragic death in 1997.

The exhibition, titled "Diana: Her Fashion Story," delivers a exceptional look at Diana's style and capabilities some of her most spectacular outfits.

The dress Diana dubbed her "Elvis dress" will be on show. Diana accessorized the white, sleeveless gown, featuring thousands of tiny pearls and sequins, with a matching pearl-encrusted, higher-collar jacket. She very first wore the Catherine Walker dress to Hong Kong in 1989 and later wore the dress with her favourite tiara, the pearl and diamond Cambridge Lovers Knot Tiara.

One particular of Diana's dazzling green velvet gowns on show shows a moment in history 20 years immediately after her death. The tiny handprints of a then-three-year-old Prince William and 1-year-old Prince Harry are embedded in the fabric of the Victor Edelstein dress. The handprints appear to show the young princes clutching their mother for a hug.

"Diana: Her Style Story" showcases 25 dresses and gowns from Diana's most iconic moments, including the dress she wore to dance with John Travolta at the White House in 1985 and the dress Diana wore when she very first appeared in public after her mid-1990s separation from Prince Charles.

The outfits represent Diana's life from her early 20s to the time of her death at age 36.

The exhibition, which is tied to the 20th anniversary of Diana's death, contains quite a few dresses from Catherine Walker, one of Diana's preferred and most prolific designers. Amongst the dresses by Walker is a floral scoop neck dress Diana wore to a Christie's auction in 1997 the black halter necklace sequined gown Diana donned at Versailles in 1994 and the blush pink suit Diana wore to a children's charity occasion at the Savoy hotel in 1997.