ST. PETERSBURG — Listeners and friends took to country music station WQYK-FM 99.5 on Thursday morning to mourn the man who spent years entertaining them during that time slot.5 Months Ago5 Months Ago4 Months AgoFans knew the big, irreverent personality... 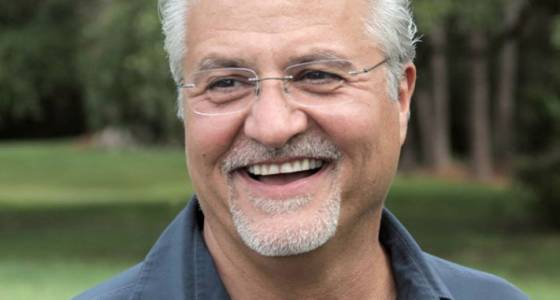 ST. PETERSBURG — Listeners and friends took to country music station WQYK-FM 99.5 on Thursday morning to mourn the man who spent years entertaining them during that time slot.

His mother knew him by his real name, Steve Ehmke.

He was found dead in his Second Street S apartment around 6:30 a.m. Thursday after he didn't show up for work. He was 55.

"He was kind, generous — a little wild on the radio, but that was the Dave McKay," said his mother Marianna Ehmke, 75. "Steve Ehmke was this generous kid."

His colleagues said on the radio Thursday morning that McKay died in his sleep. His death is still under investigation, police said, but they do not believe there were any suspicious circumstances.

"I don't know that there's any radio jock that ever cared as much about his listener as Dave did," said Cledus T. Judd, McKay's former on-air partner.

Marianna Ehmke said her son was always seeking attention. When he was in the second or third grade, the mother recalled his teacher calling home and telling her: "Come on down here. Because according to New York law, I can't spank him. You have to come here, and you have to spank him while I'm watching."

His mother explained that her son didn't so well in school "because he needed all the attention, and he was disruptive.

In a statement, WQYK corporate parent Beasley Media Group said "our hearts are heavy ... during this extremely difficult time."

Co-workers said McKay was always the life of the party.

During his usual 5 a.m. to 10 a.m. shift Thursday, WQYK spun sad songs as listeners called in and shocked, emotional radio personalities mourned him.

June Knight told a story about going backstage with McKay at a recent Dierks Bentley concert in Tampa.

When McKay and the country superstar spotted one another, Knight recalled: "Dierks actually went over to him. He didn't go over to Dierks. It was the other way around."

"I was the good cop, he was the bad cop — and it worked," Price said. "He would say things to get people's attention. He'd grab that headline, and if he made you mad in the process, he'd spend 10 times as much time making it up to you. But in the meantime, he got your attention."

"We were from different breeds, different sides of the tracks, with him a New Yorker and me a southern boy," Judd said. "We went 'round and 'round and butted heads, but when them ratings came in, we always had 'em. That's all that mattered. I think the listener loved that. As a personality, he's by far one of the most popular disc jockeys I've ever seen in my life."

McKay was a talented audio producer, both Judd and Price said, able to slice and dice a 10-minute phone interview until it sounded perfect for his show. But the secret to his on-air success, Price said, was his insatiable ability to network with artists, politicians, law enforcement, media members and other local notables.

"Dave understood that successful local radio is all about being just that — local, local, local," Price said. "Talking about people and their lives, and not just giving time and temperature and playing a song, but getting yourself embedded into their everyday lives. And Dave was excellent at that."

Mike Culotta, who hired McKay at WQYK and has since left the station, said the radio personality was always analyzing things.

"The reason his job was so easy for him is because his job was his life," Culotta said. "If he was going to a movie, he observed everything that was going on before he ever entered the movie. ... He wasn't walking through life with blinders on. He saw everything around him."

In 2008, McKay and Price were named On-Air Personalities of the Year by the Country Music Association; McKay was a four-time finalist for the same honor from the Academy of Country Music. During his stint at the station, both groups named WQYK the best major-market radio outlet in America.

Many artists loved him, too. "You could jump on Facebook at the CMA Awards, and you'd see him hugged up on Luke Bryan or Sara Evans or anybody," said Judd, a successful country artist in his own right.

"He could get artists eating out of his pocket because he entwined himself in their lives," Price said. "If he could find a way to get himself weaved into their life, he would do it — take them out for drinks, show up backstage at a concert, or entertain them when they were in town in ways they hadn't dreamed of being entertained."

Judd said McKay was a generous giver: "There's not another disc jockey personality in the United States of America that probably gave more time to benefits for no money than Dave McKay," he said.

McKay emceed charitable galas, often serving as a high-dollar auctioneer. In 2001 he raised $10,000 for the John Lynch Foundation by allowing the former Buccaneer to chop off a decade-old ponytail on the air. In 2000, he hopped into the boxing ring with on-air nemesis Bubba the Love Sponge for a charity run by another Buc, Chidi Ahanoutu. Bubba won, but McKay was unbroken.

His charity wasn't always public. Every Christmas Eve, McKay took his mom out to dinner to the Columbia Restaurant in Sarasota. One year, their waitress told them she didn't normally work Christmas Eve, but wanted be able to afford a $200 gift for her daughter.

Condolences poured in on social media.

Dave McKay was a friend, a true talent, and a champion for St. Petersburg. He will be sorely missed.

Dave McKay allowing my daughters to interview him at Gasparilla a few years back. You will be missed my friend. pic.twitter.com/DHH3Sxy7T8

RIP Dave McKay. You were a true friend and will be missed. pic.twitter.com/ursTxtmmXd

I lost a friend today. But more importantly radio lost one of the greats. RIP Dave McKay pic.twitter.com/hkG4eAw8bb