‘Dancing With The Stars’ Season 24 Spoilers: Alleged Celebrity Pairings Leak Ahead Of Premiere

“Dancing With the Stars” is coming back in a big way. ABC has yet to make an official announcement about the Season 24 cast, but if the rumors are true, the competition is going to be stiff.ET Online claims to have obtained vital information about... 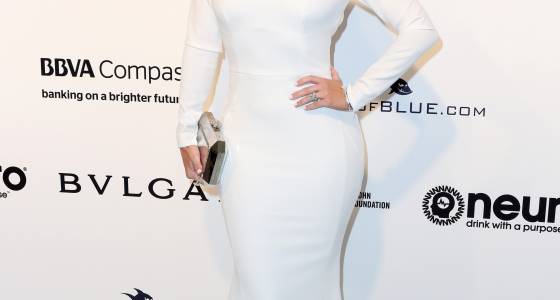 “Dancing With the Stars” is coming back in a big way. ABC has yet to make an official announcement about the Season 24 cast, but if the rumors are true, the competition is going to be stiff.

ET Online claims to have obtained vital information about the spring season. The site reports that Kym Johnson, who left ahead of Season 23, is returning to “DWTS.” ET Online also has a list of pairings for the upcoming season. “DWTS” fans will have to wait until Wednesday’s “Good Morning America” announcement to confirm the accuracy.

Kym Johnson, photographed at the Elton John AIDS Foundation Oscars viewing party on Feb. 26, 2017 in West Hollywood, California, is rumored to be returning to “Dancing With the Stars.” Photo: Getty Images

Whether the list is correct or not, it’s clear Season 24 of “DWTS” is going to be a good one. We know “The Bachelor” star Nick Viall has signed on and we’re crossing our fingers the rest of the buzz is true, too. Here are the rumored Season 24 pairings that have leaked:

So far there’s been very little confirmation about the upcoming installment of “DWTS.” On Monday, “The Bachelor” executive producer Mike Fleiss confirmed Nick’s appearance on the show. “DWTS” couple Maks and Peta also announced their participation on the show’s Instagram. Everything else is up in the air.