A Danish tourist was on a holiday to Cyprus in the autumn of 2017 stolen his passport. She indicated then the travel agent's guide about the unfortunate circ 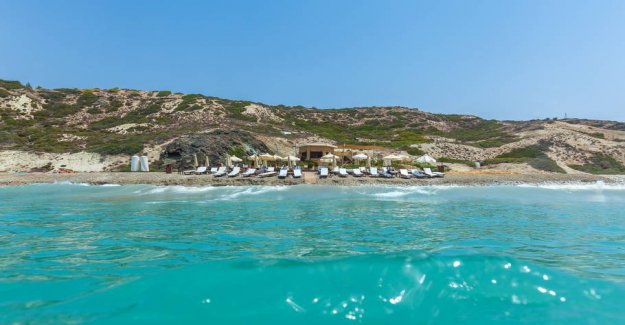 A Danish tourist was on a holiday to Cyprus in the autumn of 2017 stolen his passport.

She indicated then the travel agent's guide about the unfortunate circumstances and sought advice and guidance. The travel guide explained that the tourist could easily travel home with his driver's license, so she did not need to take further action in relation to the return journey three days later.

But in the airport in north cyprus got the tourist, a long nose, for the Danish driver's license was not enough.

'We're coming up to passport control, which does not let us get through. We are followed into a police office in the airport where they examine it more closely. A cop says, we don't come with the plane and ask how we could believe it. We tell all of what our guide has said, but he is very unsympathetic', writes the tourist in a complaint to the Package-the Board of appeal.

When the complainant does not come with the plane, take her back to the hotel. What helps here is the guide them to arrange the flight home. It ends up that they can get home 10. november 2017 - three days later than planned.

Then she describes that they were left to themselves in relation to everything bureaucratic at to get a temporary passport. Cyprus is divided in a Greek and a Turkish part, and when they stayed on the Turkish side and had to go to the Danish embassy on the Greek side in order to get issued the temporary passport, should she also have to travel with the local police to cross the border to Greece, without travel documents.

because of the lack of guide service complained the tourist to the travel TSS Travel, which has stood for the journey.

See also: Young skifyre was thrown out of the hotel: Now they get big compensation

TSS Travel is not, however, agree with the complaint. They deny that the wizard has said that the client could travel home with his driver's license. At the same time, they believe that it is a third party, who is to blame, that she could not travel, and thus it is not their responsibility.

therefore They will not compensate the customer.

See also: Cancelled tour: Would not visit the sales booths

the Package-the Board of appeal treated the case 6. February 2020. Here they gave the complainant's favour in the inadequate guidance and found that the complainant had the right to a discount in the price of 250 dollars, as well as compensation for all extra expenses.

in Addition to the impact in the price of 250 dollars is the complainant entitled to the compensation of the equivalent in Danish kroner of 1800 Turkish lira (1942 kr., red) for accommodation in the period 7.-10. november 2017, the equivalent in Danish kroner of 288 euros (2151 kr., red) to the new flights from Ercan to Copenhagen and 2798 kr. air tickets from Copenhagen to Billund as well as a discretionary amount to be determined at dkk 150. additional parking is available in period 7.-10. november 2017. The complainant's insurance company has paid 1719 crowns in compensation for the cost of the temporary and new passport.

See also: Brok to the travel agent: It's raining in Thailand