Why do female soccer players have to play with products designed for men?

Women soccer players are forced to use kits, boots and other products that are not adapted to the female body, which in some cases is uncomfortable and can also increase the risk of injury, warns a group of experts in an article published today in the scientific journal Sports Engineering. 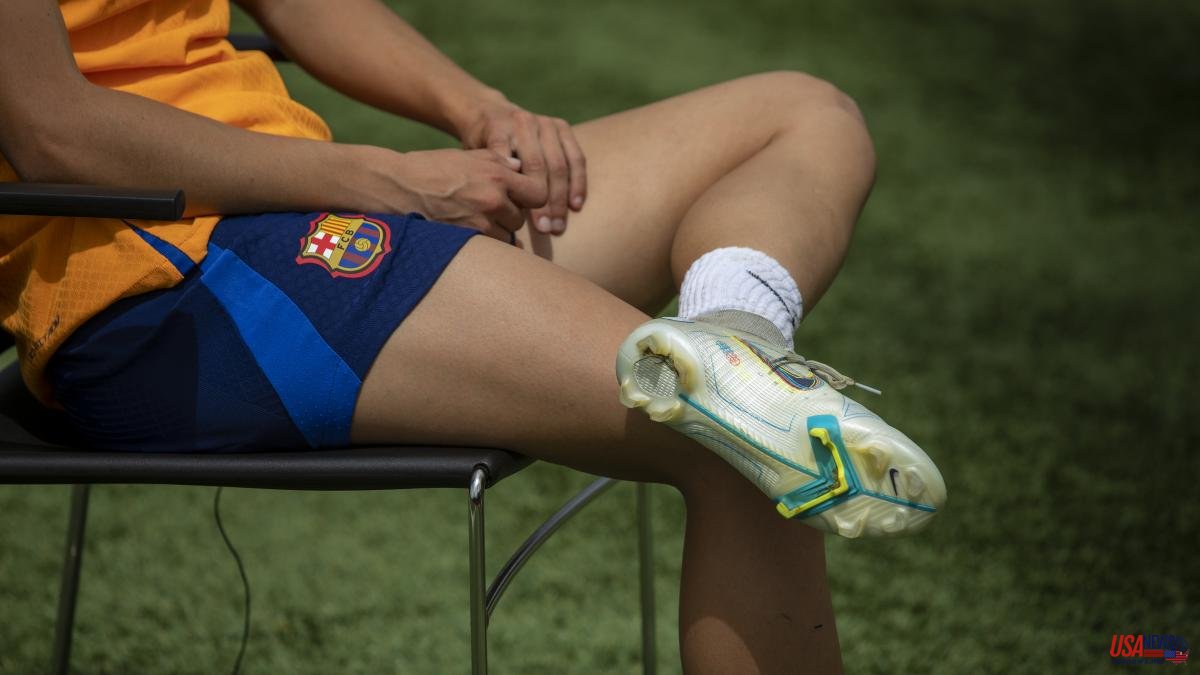 Women soccer players are forced to use kits, boots and other products that are not adapted to the female body, which in some cases is uncomfortable and can also increase the risk of injury, warns a group of experts in an article published today in the scientific journal Sports Engineering.

The authors call for more research to adapt the rules and products for soccer practice to the needs of female soccer players. The group is made up of eleven experts including sports medicine researchers, British soccer team medical staff and England captain Leah Williamson.

Areas where they believe more research is needed range from bras and pants design to boot design and ball size.

In the case of boots, they point out that the shape of the foot is slightly different in men and women. For the same length, men tend to have slightly higher and wider feet. However, none of the major football boot manufacturers offer women's designs yet, although some are developing them, they write in Sports Engineering.

They are concerned that "optimum traction ranges have been designed and defined for men." Not obtaining optimal traction with the shoe, they warn, "is a risk factor for anterior cruciate ligament injury," the injury suffered by Alexia Putellas on July 5.

In the case of bras, they point out that most of the research on breast movement during exercise has been limited to walking and running activities. These studies “hardly represent the frequency and magnitude of breast movement in high-intensity sports or in which athletes rapidly change direction, such as soccer,” they warn.

An Australian study published in 2020 found that 44% of elite athletes have experienced breast pain related to excessive movement of the breasts during exercise. The experts call for more research "on the three-dimensional movement of the breasts during training sessions and matches" with the aim of developing bras better adapted to soccer movements and the anatomy of each soccer player.

Regarding the pants, some players consider that the fact that they are excessively short exposes them and sexualizes them, unlike what happens in the men's teams. Another cause for concern is that menstruation stains can be seen when soccer players are required to wear light-colored shorts. "Both the soccer players and the coaches question whether the color of the kit should be the same as that of the men's teams," the authors of the article point out.

They also defend that it be analyzed whether the size, pressure and material of the ball should be the same in women's and men's soccer. Remember that in basketball and handball women play with smaller and lighter balls than men. And they warn that "women show a greater microstructural alteration of the white matter [of the brain] when heading a soccer ball with the head," according to a study from the Albert Einstein School of Medicine in New York.