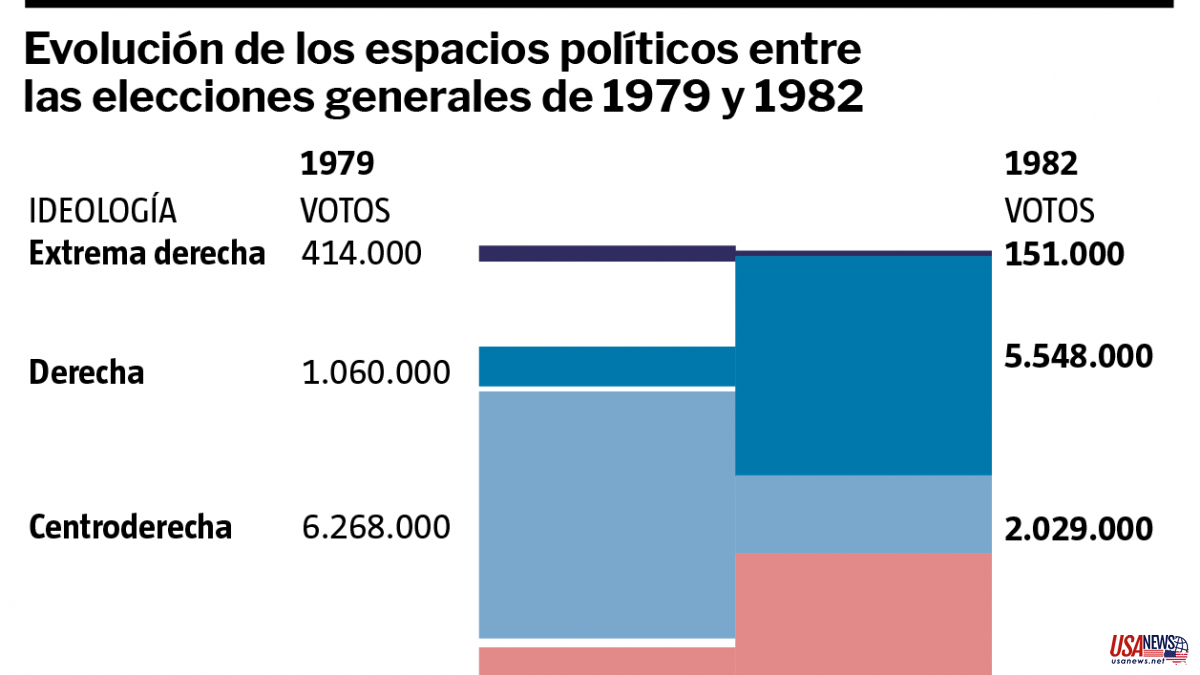 It's called alternation. But sometimes it acquires magnitudes that turn the relay in power into a historical event. And that was what happened on October 28, 1982 in Spain. The PSOE then obtained more than ten million votes, a mythical figure that, however, obscured the other decisive parameter: the socialists garnered almost 50% of the votes cast in elections whose participation was close to 80%. The message from the polls could not be clearer.

Of course, postwar Europe had already delivered similar results: 48% of Labor in 1945, which sent Winston Churchill into opposition after winning the war against the Nazis. However, in the Spain of the transition, fresh from a 40-year dictatorship, the overwhelming electoral victory of those defeated in the Civil War had a very complex meaning. Even beyond the poetic justice that could be supposed for the survivors of the losing side.

Undoubtedly, one of the decisive factors in the result was the appearance of an unrepeatable leader at the head of the PSOE, such as Felipe González, effectively aided by a "unique character" as number two: Alfonso Guerra. The latter not only promoted a strong organizational and functional modernization of a party that went from 9,000 to more than 100,000 members in just three years, but also helped lay the foundations for postmodern politics in Spain: ideological friendliness (renunciation of Marxism by González ) and political aggressiveness (furious criticism of the government in charge of Guerra himself).

However, that factor alone does not explain the result of the PSOE in 1982. It is true that González scored very high from 1980 in the CIS polls. But in 1979, President Adolfo Suárez –leader of the centrist UCD and whose resume included the general secretary of the single party of the Franco regime– obtained a better grade than González and had defeated him in the general elections in March of that year.

However, things began to change from that moment. The economic situation, which was already bad for 40.5% of Spaniards in June 1979, reached 63% of negative opinions just one year later and exceeded 70% in mid-1981. At the same time, the political situation, which in 1979 it was only viewed negatively by 18% of those consulted, it reached 42% critical perceptions in January 1981.

What had happened? At first glance, Spain was experiencing in real time the self-destruction of an impossible political party –Suárez's UCD–, with its consequences of conflict and instability amplified by its status as a governing force. The coexistence under the same acronym of "blues" (cadres from the regime), conservatives, Christian Democrats, liberals and social democrats could not work. Each of these groups represented a different political party in democratic Europe.

But beyond the troubled blowing up of the UCD, the democratic transition not only meant the decomposition of an authoritarian regime, but also the recomposition of a right in search of itself after forty years of conservative dictatorship. Suárez's acute fixation on occupying part of the majority center-left space – a perception supported by the polls, but also by the electoral results themselves in terms of absolute vote – led him to defend policies incompatible with his fellow travelers. The Spanish right - internally confronted by the divorce law - would never be the European liberal right, which had just accepted the decriminalization of abortion in France, Germany and even in Catholic Italy.

This center-right identity crisis was aggravated because the immolation of an authoritarian regime, which never lacks political and social support, is not usually a placid process. Hence the successive coup attempts, with 23-F as the most traumatic version of nostalgia for Francoism and a true turning point that convinced Spanish society of the urgency of an authentic alternation.

From then on, the PSOE consolidated its advantage in voting intentions and González strengthened its profile as the only possible replacement to continue advancing towards democratic stability. His charisma was already reflected in scores that no other Spanish political leader has been able to maintain for so long. The result was an intensive mobilization of the electorate. Goodbye to disenchantment among the young generation of democracy and massive useful vote among the latent left that had survived the postwar period and authoritarian developmentalism. And to this large contingent was added a fraction of the center, disconcerted by three offers (Popular Alliance, UCD and CDS), sprinkled with ghosts from the past. The dilemma was clear: support democracy or remain trapped in paralysis and uncertainty.