Vox in the Sea of ​​Plastic

Almería, where the foreign population accounts for 21. 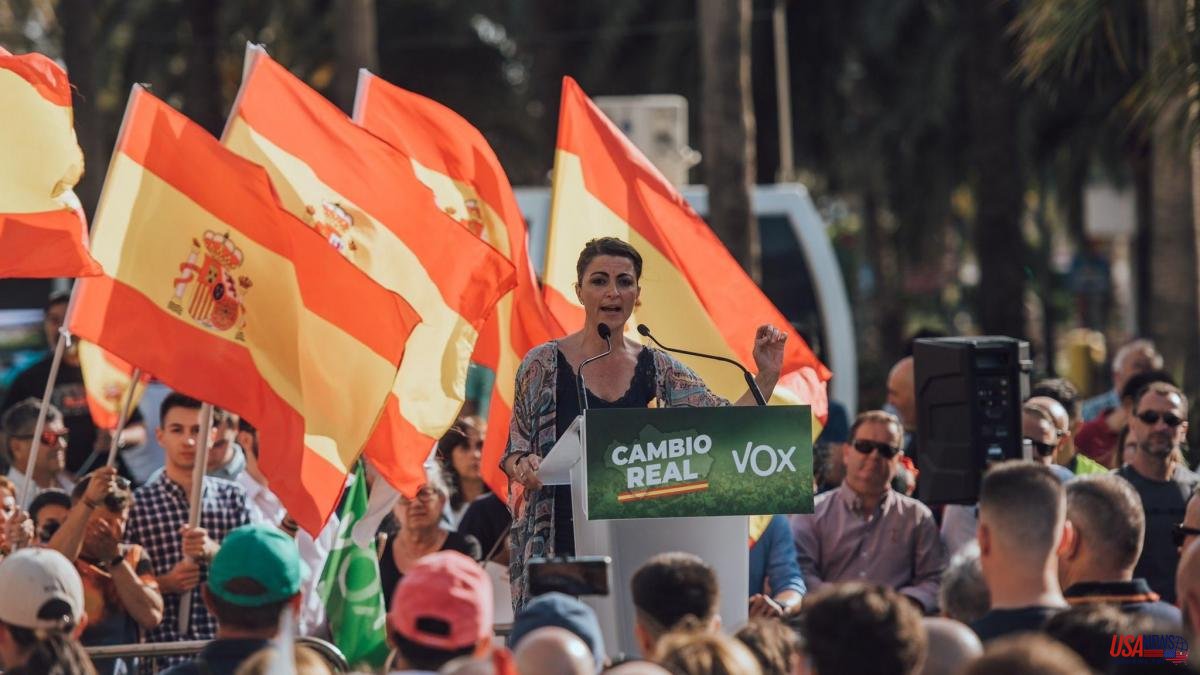 Almería, where the foreign population accounts for 21.8% of the inhabitants, most of them from Morocco, has been and is the breeding ground for the discourse of fear of immigrants defended by Vox. Already in the 2018 elections, the formation of the green letters reaped its fruits in the Andalusian Levant, reaping up to 43,468 votes and obtaining 2 representatives in Parliament for this province. El Ejido became its strong point, placing the party in first place in the strength of the municipality and second in points such as Roquetas de Mar and La Mojonera. Up to 140 different nationalities cohabit in these latitudes.

It is no coincidence that Macarena Olona, ​​who became a candidate for the presidency of the Board in this new electoral call due to a coup by Vox, and the party leader, Santiago Abascal, are paying special attention to the province in order to widen their line of followers in the face of 19-J, taking care of each act they celebrate with care and adjusting their speech to the problems, fictitious or not, of the area. It is here where they test the pulse of their proposals. They make it easy: they tell the citizen what he wants to hear.

In their speeches, before thousands of supporters who receive them to cheers and national flags, they establish a dangerous relationship between crime and immigration. The data, extracted from the Disenso Foundation (an entity of its own creation), is far from adjusting to what appears in the Crime Report published by the Ministry of the Interior. The ultra-nationalists point out, and this is stated in the document 'Myths and realities about immigration in Spain', that there is a foreigner behind 25% of the crimes committed, and emphasize the idea that the migratory phenomenon plays against the social welfare of those born in Spain.

Interior denies this assertion every time it points out that, according to its study, a security problem is not reflected in Almería, where, in fact, criminal offenses have been reduced in the last year, although crimes against the freedom and sexual indemnity by 25%, going from the 56 cases registered in 2021 to the 70 registered in 2022.

Almería is the epicenter of illegal immigration, foreigners who work in the agricultural world. Along with Granada, the province of Indal contributes more than 47% of vegetables to the domestic market and another 50% reaches European tables, which represents 12% of Andalusian GDP and 20% of Almeria's wealth. In the last campaign, this industry generated 110,000 jobs, 24% of Andalusian agricultural employment, and is the gateway for thousands of immigrants.

Under the plastic of the greenhouses, hundreds of words from different languages ​​intermingle, from very early on, between tomatoes, peppers and aubergines. However, it seems that foreigners are not entirely welcome in the area and live in groups, as they can, to create a community, keeping a certain distance from the national population. It is true that the rate of immigrants in Almería quadruples that of the rest of the region and triples the national average, according to data from the Argos Observatory of the Andalusian Employment Service. They occupy jobs that most Andalusians have as a last resort due to the poor working conditions offered.

But his mere presence on the ground is being used by Vox to reinforce one of the pillars on which his policy pivots: immigration and crime. According to what they affirm, there is fear, there is insecurity in the streets and there are aggressions behind which there is no Spaniard. They cannot take advantage of 'job theft' in these parts, since Almería's unemployment rate stands at 18.17%, a trend in constant decline since 2020. Moreover, El Ejido, with a significant number of immigrants, It is the Andalusian municipality with more than 40,000 inhabitants with the lowest unemployment rate (13.32%). So, they resort to the 'danger' generated by foreigners.

“I want to take care of our neighborhoods. I want us to be able to walk with the security that we have had in Spain and that we don't have today," Olona said at one of his rallies in the capital of Almeria, where he stated that "not all cultures or customs are respectable. Yes. There are cultures and customs that it is our duty to combat. And in my house, which is Spain, which is Andalusia, my rules”. The MENA, unaccompanied foreign minors, are in their sights because of a government, both the regional one with the PP at the head and the national one led by the PSOE, which causes, in his opinion, a "pull effect" with its policies.

There are testimonials for all tastes. In El Ejido, where 3 out of 10 inhabitants are immigrants (up to 49 nationalities coexist), it seems that everyone knows someone who once suffered a robbery, an attack or an assault by an immigrant. Here, it was the first place where Vox implanted its flag in national territory. It was the most voted force in 2018, the second in Roquetas de Mar. However, in the latter municipality, the feeling of insecurity is not such (nor is it for the rest of Almeria, who place this concern in 22nd place in the ranking of the problems they deal with on a daily basis, according to the Centra barometer).

Even so, the discourse of fear of differences triumphs, promoting racism and xenophobia. The CIS (Center for Sociological Research) predicts that in this part of the South Vox will win 10.5% of the votes. This message also permeates Huelva, agricultural land par excellence, although with less impact. In the province of Huelva it would be done with 5.5% of the vote.

A part of the ballots with the green mark will be deposited in the ballot boxes by female hands, or that is the objective that the iron lady of the extreme right, Macarena Olona, ​​or better known as 'Macarena de Salobreña' (a title which has been self-imposed as a victory over those who tried to invalidate their registration in the town of Granada). As she defends, immigrant women live under the yoke and control of men in their day to day life, a situation that she fears could spread under the southern sun, which is why another battle for the freedom of the female collective has begun, which is not feminist. (move he is against). On the other hand, the fear of a rise in sexual assaults in the streets of Almeria cities is also a value that she is willing to exploit to the fullest to mobilize this part of the electorate.

Vox, which denies the existence of gender violence and has been contrary to all gender policies promoted from Madrid or Seville, and which has well validated it to manufacture chain attacks against the Minister for Equality, Irene Montero, Its goal is to mobilize Andalusian women to stop machismo imported from other countries.

At the moment, the voting intention polls are blowing in their favor, making the far-right party a key piece in shaping the government that is born on Sunday, June 19. It would be the second community, after Castilla y León, where they will reach this coveted share of power and, from where they have already announced, that they will try to turn the Statute of Autonomy, the supreme rule that governs the region, into a dead letter.