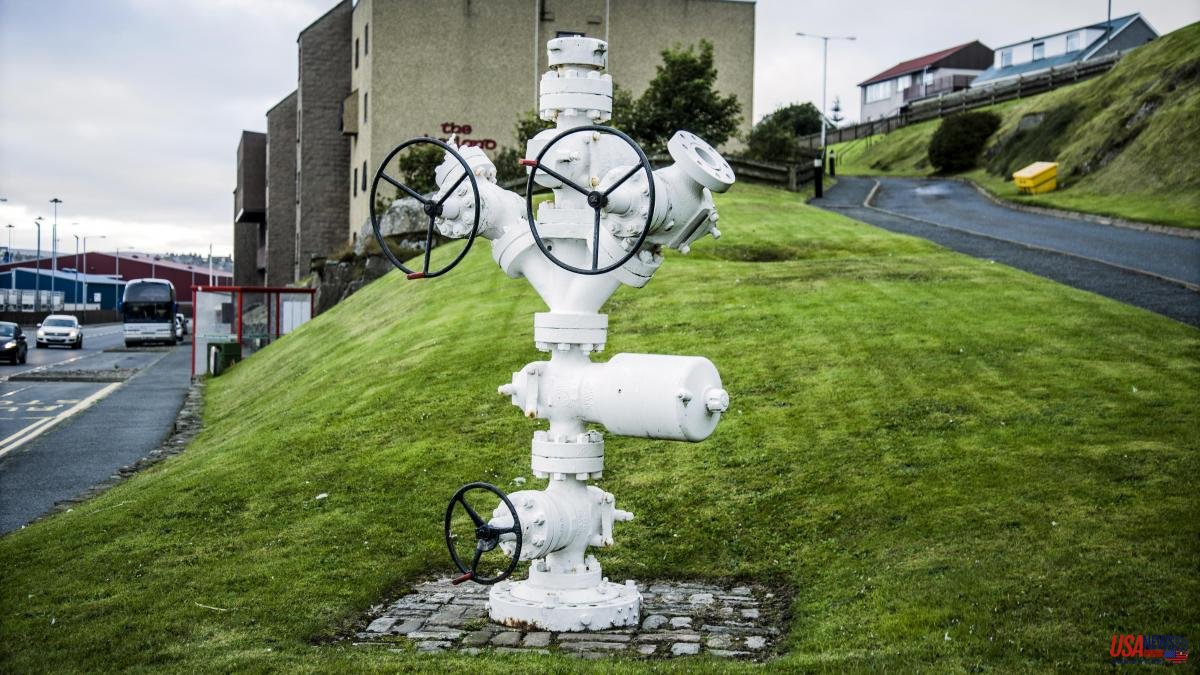 Envy, pure envy. While the sovereign fund that the Norwegians have amassed with oil revenues is the largest in the world (around one trillion euros, or 200,000 euros per head), successive governments of the United Kingdom, with a short-term vision, have melted the money generated by North Sea crude oil. Instead of saving and investing it, they have used it to pay subsidies and thus not have to raise taxes to finance the welfare state.

In the Shetland Islands and in the depths of the Atlantic, off the coast of Aberdeen and Dundee, there are still billions of barrels of oil, but the current Conservative government (beheaded after the fall of Boris Johnson) does not know what to do with it . He is in a dilemma. He had decided to go big on green energy, in order to fulfill the promise of full decarbonisation by 2050 along the lines of other Western powers, but now he is faced with the supply crisis caused by the Russian invasion of Ukraine and the terrifying prospect of a monthly bill of 600 euros per household, capable of causing a small revolution. And although it is not a short-term solution, the exploitation of the resources of the North Sea has regained supporters. There is even speculation with a second golden age.

Only last December, under pressure from the Scottish Government and its Prime Minister, Nicola Sturgeon (the nationalists are in a coalition with the Greens), London rejected the offer of the multinational Shell to exploit over the next 15 years the around 800 million barrels from the Cambo field, located a hundred kilometers north of the Shetland Islands (the project would have created a thousand jobs). Shortly before, the Cop26 summit on climate change had been held in Glasgow, and it did not seem like the most opportune moment for a great plan to extract oil from the deep sea.

The war in Ukraine and the cost-of-living crisis have quickly changed the landscape and attitudes, and the British energy regulator is not only reconsidering the exploitation of Cambo, but is preparing to grant six new licenses for crude extraction. The prospect of skyrocketing prices and blackouts next winter is mobilizing public opinion toward the development of greater energy independence, abandoned entirely in recent years. "In the current situation - point out industry analysts - it would be crazy to ignore the resources we have available".

Since its discovery in the 1970s, tens of billions of barrels of so-called black gold and 3 billion cubic meters of natural gas have been extracted from the Brent field (synonymous with North Sea oil). There is still much more, but at great depth and with very expensive extraction, in addition to the political problems caused by climate change.

The oil and gas giants (Equinor, BP, Shell, Total...) are not particularly popular at the moment, given the huge profits they are making from tight supplies and rising of prices, while many consumers are going to have a hard time making ends meet. British Petroleum, for example, has just announced quarterly earnings of around eight billion euros, triple that of the previous year. The British government has already announced a tax on the income of companies in the sector, and the fact that it does not rule out increasing it in the coming months is a source of strong tensions.

Investment in North Sea oil has fallen sharply in the last eight years, from €20 billion in 2014 to €3 billion today. In the seventies and eighties, a field of one hundred million barrels was considered small, now the new exploitation licenses are to obtain less than that (62 million barrels) in total. Production peaked with the millennium, but North Sea crude will still meet 45% of the country's energy demand over the next 30 years.