Israel and Islamic Jihad maintained yesterday the truce that came into force on Sunday night to end three days of exchange of fire in Gaza, mired in an eternal humanitarian crisis and that now mourns the 44 Palestinian dead - among them, 15 minors – that this new escalation has left. 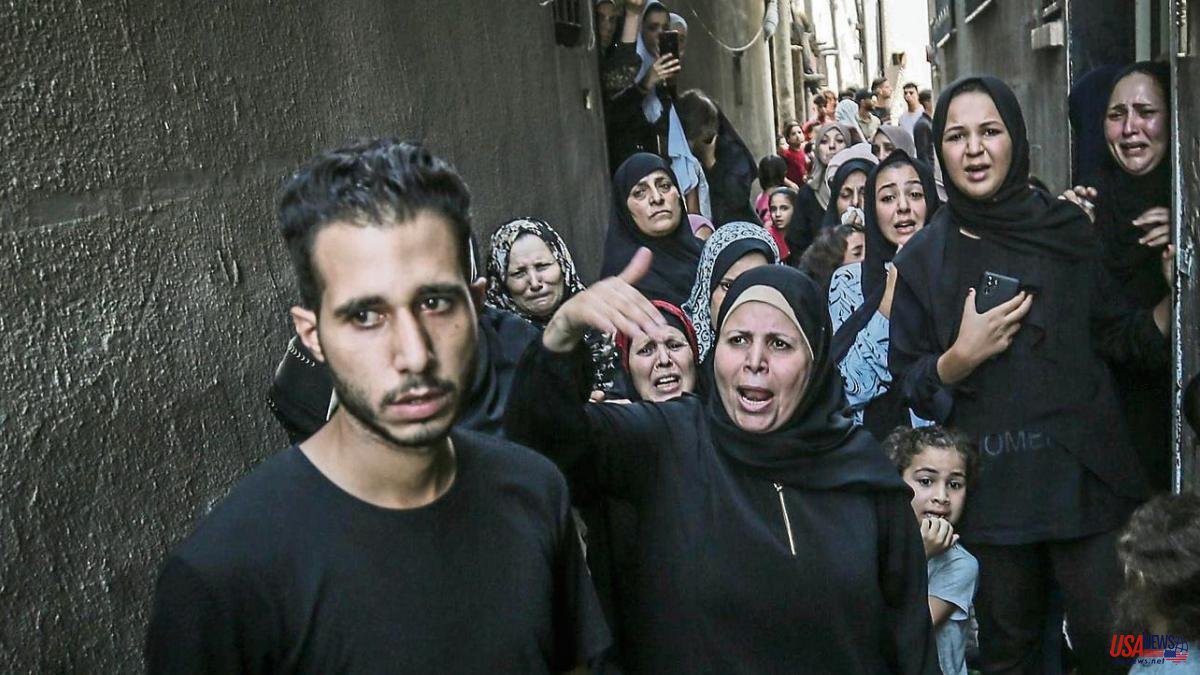 Israel and Islamic Jihad maintained yesterday the truce that came into force on Sunday night to end three days of exchange of fire in Gaza, mired in an eternal humanitarian crisis and that now mourns the 44 Palestinian dead - among them, 15 minors – that this new escalation has left.

With the mediation of Egypt, the parties reached a truce on Sunday night that – for the moment – ​​ends the largest war escalation between Israel and Gaza since May 2021.

An Egyptian delegation traveled to the area yesterday to supervise the ceasefire, which for the moment has meant that Israel lifts security restrictions in the areas adjoining the Strip, and the reopening of the Erez crossing, which has allowed the entry of humanitarian aid and vital fuel for the only power plant in the enclave, where since Saturday the current only worked four hours a day.

Gaza gradually returned to normal yesterday with the reopening of shops, banks, schools and official institutions, while dozens of people flocked to hospitals to visit those wounded in Israel's offensive.

Dozens of people approached the wakes of the deceased, especially the homes of the two main military commanders of the armed wing of Islamic Jihad - the Al Quds Brigades -, Taysir al Jabari and Khaled Mansur, killed in Israeli bombardments.

In the three days of escalation, initiated by Israel as a "preventive offensive" against Jihad in the face of the "imminent threat" of an attack, this Iran-aligned militia has launched some 1,200 rockets from Gaza, of which some 1,000 crossed into territory. but most were intercepted or landed in unpopulated areas without fatalities. Israel's Iron Dome anti-missile system was 96% effective, according to the Tsahal.

“The preventive operation fulfilled its objective of eliminating an imminent threat that the Islamic Jihad would carry out a terrorist attack against Israel,” said an Israeli military spokesman, who explained that they attacked first when verifying movement of anti-tank Jihad on the border and potential snipers.

In addition to "neutralizing" the two top military commanders of the Jihad, Israel attacked some 160 targets of the group, mainly military targets such as weapons depots or rocket launchers, but also residential towers and civilian areas, Israeli sources admitted.

“This campaign has left Jihad substantially weakened. It is not dead, but it will take time for it to regain its operational capacity," Israel's military spokesman said.

“Civilian casualties are always a tragedy. It is terrible that children die in a conflict and we always try to avoid it,” an Israeli government official told Efe.

The Islamist movement Hamas, which has ruled Gaza de facto since 2007, reported yesterday that Israeli air strikes have destroyed nine residential buildings and damaged 1,500 homes, in addition to damaging dozens of hectares of agricultural land. "The aggression has produced a real emergency in Gaza at the humanitarian and service level," Hamas said in a statement, calling for an "urgent intervention" to alleviate the situation.