Both Didier Deschamps' France and Lionel Scaloni's Argentina have their gala elevens ready to fight for the throne that will crown them as world champions. 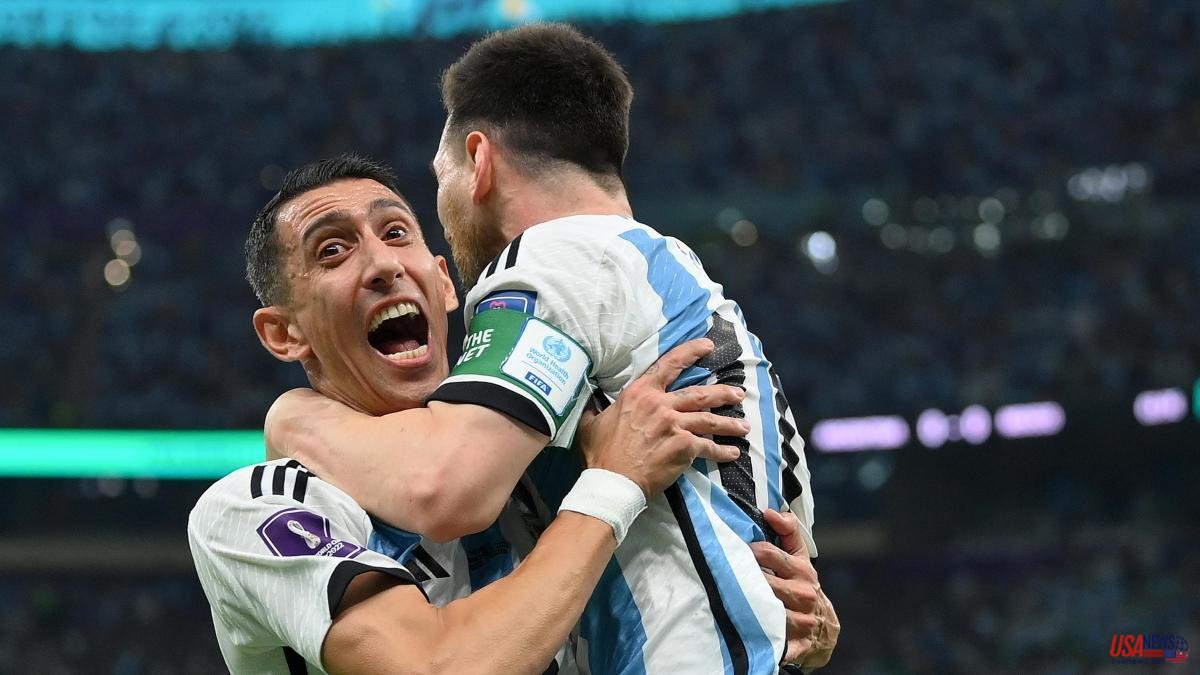 Both Didier Deschamps' France and Lionel Scaloni's Argentina have their gala elevens ready to fight for the throne that will crown them as world champions. The blue team defends a title that the albiceleste have not enjoyed for 36 years. These are the 22 protagonists for the great final battle at the Lusail stadium in Qatar.

Didier Deschamps bets on his eleven gala for the grand final, after recovering Rabiot and Upamecano, already one hundred percent after the virus that has hit the French team. The goal will be defended by Hugo Lloris, accompanied in defense by Koundé, Varane, Upamecano and Theo Hernández in defense; Griezmann, Tchouaméni, Rabiot in midfield; and above Dembélé, Giroud and the scorer and star of France, Kylian Mbappé.

With their usual 4-3-4 formation, the big question for France was to know if they had been able to fully recover from the uncomfortable virus that visited the squad in the previous days and that even left Upamecano and Rabiot out of the team for the semifinals against Morocco.

Despite these absences, the blues managed to carry out the game and prevailed by 2 goals to 0 to certify their place in the final. In recent days Varane, Konaté and Coman had also fallen, but everyone has arrived recovered in time to defend the French champion crown.

There were also doubts about the state of Giroud's knee, who has finally been able to enter the eleven and also whether Deschamps would opt for Upamecano or Konaté to accompany Varane in the axis of defense, with the Bayern footballer being chosen.

Lionel Scaloni has finally decided to bring on Ángel Di Maria in the final eleven, as the only surprise in the Albiceleste line-up. The Argentine coach, after doubts about the system he would opt for, has rejected the defense of three central defenders and has opted for a 4-4-2 with Nahuel Molina, Cuti Romero, Otamendi and Acuña, sacrificing Lisandro Martínez.

The main novelty is in the midfield, with the entry of Di Maria, to the detriment of Leandro Paredes. The ex-madridista will be accompanied by De Paul, Enzo Fernández and Mac Allister. In front, Julián Álvares and captain Leo Messi, who is looking to retire from the national team with the only title missing from his record, the World Cup.