The World Cup opens the doors of heaven to Balde

The first day of Spain in Qatar was not entirely happy. 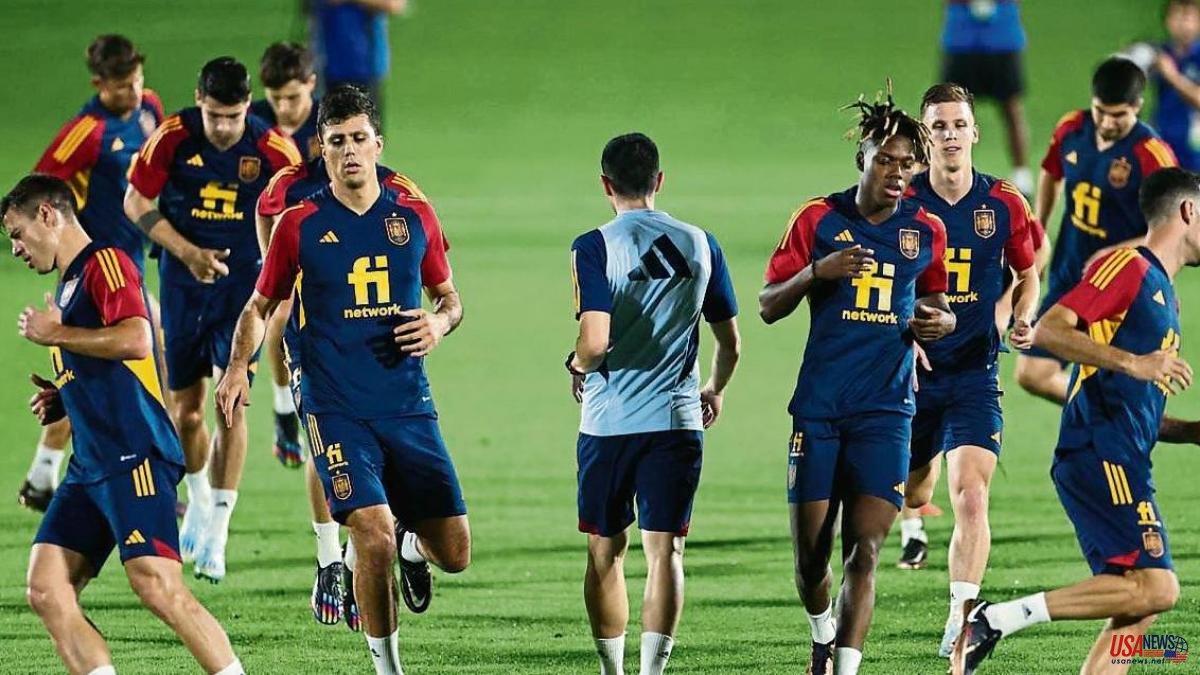 The first day of Spain in Qatar was not entirely happy. A few hours after landing in Doha from Jordan, one of those news items that leave a bad body came out from the locker room. The Federation announced at noon that José Luis Gayà (27) will not be able to play in the World Cup due to problems with his right ankle. The loss of the Valencia side forced Luis Enrique to urgently recruit Alejandro Balde, one of the footballers who had been fighting until the end to enter the final list and to whom the sky has suddenly opened. He will start the house on the roof, playing his first World Cup without having made his senior debut yet.

The events precipitated during the morning of Friday under the scorching Qatari sun, although the coach already left some clue after the friendly in Amman. Something was feared by the Asturian, who did not see it clearly. Although Gayà's medical report, a slight sprain in the right ankle, did not invite to set off any alarm, after a deep internal debate it was decided that it was better not to risk and have a footballer in perfect condition. If Gayà had suffered a setback in his recovery, Jordi Alba would have been left alone on the left side.

The news was a hard blow for the Spanish expedition. Despite having only been capped 18 times, Gayà has become a footballer much loved by his teammates and his sadness suddenly invaded the modest Spanish facilities at Qatar University. In fact, the RFEF has unsuccessfully tried for the Valencian player to remain in Doha with his teammates, but FIFA does not allow it. In fact, it was the final authorization from the highest soccer body to the change in the call for Spain that delayed the announcement for a few hours, not without a dose of intrigue. The official account of the red posted a morning tweet with Gayà's goodbye and deleted it after a few seconds. The green light from FIFA had not yet arrived and someone rushed. Hours later the officials arrived and a few minutes later it was confirmed that his replacement would be Alejandro Balde. Gayà finally abandoned the concentration at night.

The events caught the Catalan concentrated in Seville with the sub-21, a circumstance that became one of the arguments for his election, since other possible substitutes are taking advantage of the World Cup break to disconnect and rest. Balde took a flight to Barcelona from the Seville capital at night and this Saturday he will get on the first plane that leaves for Qatar from El Prat airport, although he will not arrive on time for the morning training session scheduled by Luis Enrique.

At the age of 19, Balde takes a giant leap in his career, the gates of football heaven open wide in the world's greatest showcase, the World Cup. The call supposes a prize for the Barcelona side in what is being the season of his irruption in the elite. Despite the enormous competition he has in his position at Barça, with two leading men in Jordi Alba and Marcos Alonso, the youth squad player has carved out a place for himself in the team and has earned Xavi's trust.

The arrival of Balde in Qatar will dye the Spanish concentration even more Barca. Barça, with eight representatives in the red, is close to its historical record (it had nine in the United States in 1994) and sets the standard, almost tripling the number of players from the second most represented team, Atlético de Madrid (3) . But it is also that, with the youth squad there are 17 players from the Catalan club who will play the World Cup in Qatar, one more than Manchester City and Bayern Munich. A figure that, as confirmed by Sergi Solé in Mundo Deportivo, represents the highest representation of a club in the same edition of the tournament in all history.