The Secretary of State of the United States, Antony Blinken, and his Chinese counterpart, Wang Yi, met this Saturday in Bali to reduce tensions between the two superpowers, after participating the previous days in a meeting of foreign ministers of the G20 marked by Ukraine. 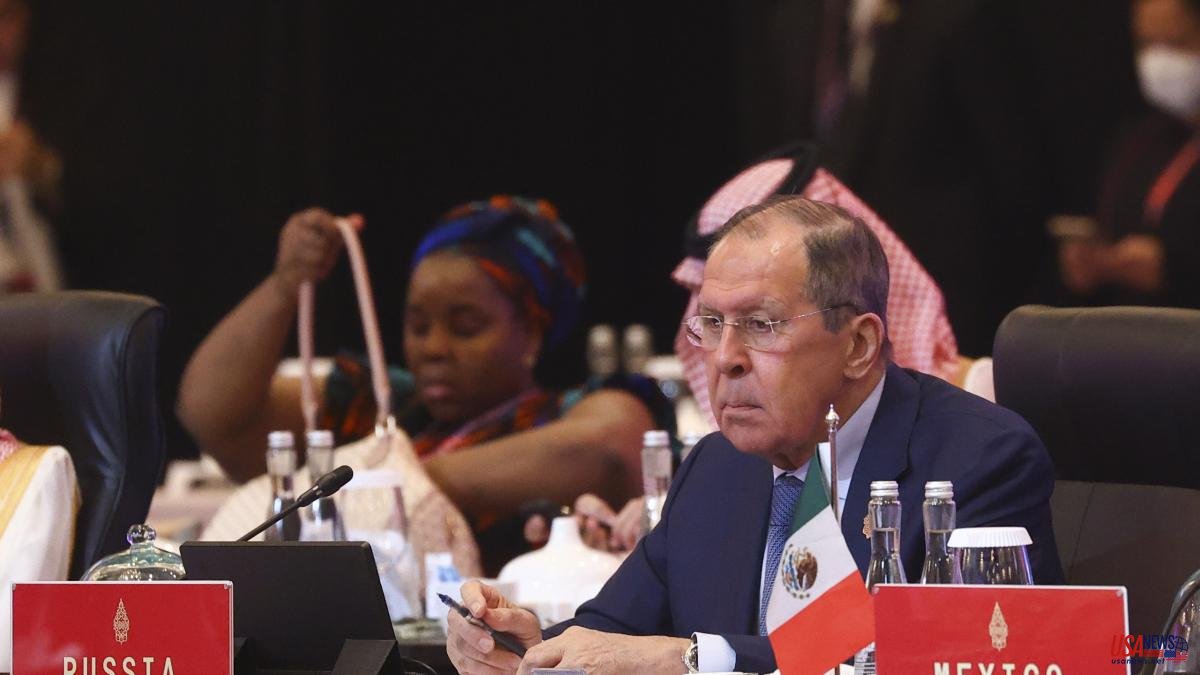 The Secretary of State of the United States, Antony Blinken, and his Chinese counterpart, Wang Yi, met this Saturday in Bali to reduce tensions between the two superpowers, after participating the previous days in a meeting of foreign ministers of the G20 marked by Ukraine.

"In a relationship as complex and consistent as that between the United States and China, there is a lot to talk about. I really want to have a productive and constructive conversation with you," said the American at the beginning of the meeting, according to a statement from the Department of US State

Blinken and Wang met on Saturday morning in Nusa Dua (an area of ​​luxury hotel complexes in eastern Bali), a meeting that they will extend with a working lunch, a time in which they are expected to discuss various crises, including the Russian invasion of Ukraine, global economic difficulties and Taiwan.

"China and the United States are two important countries, so it is necessary for the two countries to maintain normal exchanges. We need to work together to ensure that this relationship continues to move on the right track," Wang stressed, stressing the principles of "mutual respect". peaceful coexistence and voluntary cooperation" between the two powers.

The last time they met in person was in October, and their meeting this Saturday paves the way for a call between Chinese and US presidents Xi Jinping and Joe Biden, which is expected to take place in the coming weeks.

Since last month, China and the United States have multiplied their meetings; his defense chiefs met last month at a summit in Singapore, and his top finance and national security officials have also met.

During the talks this Saturday between Wang and Blinken, the American will warn China against supporting its Russian partner in the invasion of Ukraine, according to the US secretary's team.

Wang Yi became in recent days in Bali, during the G20 meeting, one of the main recipients of messages for Moscow, since most of the attending diplomats preferred not to meet with the Russian Foreign Minister, Sergei Lavrov who was also present.

China and Russia maintain a close relationship that came to be defined by the leaders of both countries at the beginning of the year as a friendship "without limits".

However, although Beijing has not condemned the invasion of Ukraine, it has called for the war to stop, and at the Bali meetings some attendees highlighted its "constructive" role in this regard.

Before the meeting, Daniel Kritenbrik, the head of US diplomacy for East Asia, told the media that Blinken would seek to find "points of contention" in the difficult relationship between the world's two largest economies.

The United States, he said, "will do everything possible to ensure that we prevent any miscalculation that could lead to conflict," he added.

One of the points of greatest tension between the two countries is Taiwan, the self-governing island that Beijing claims and does not rule out invading, and that Washington would defend in principle.