The queue to see Queen Elizabeth II's coffin at Westminster Hall has now reopened after being temporarily closed for a few hours on Friday. 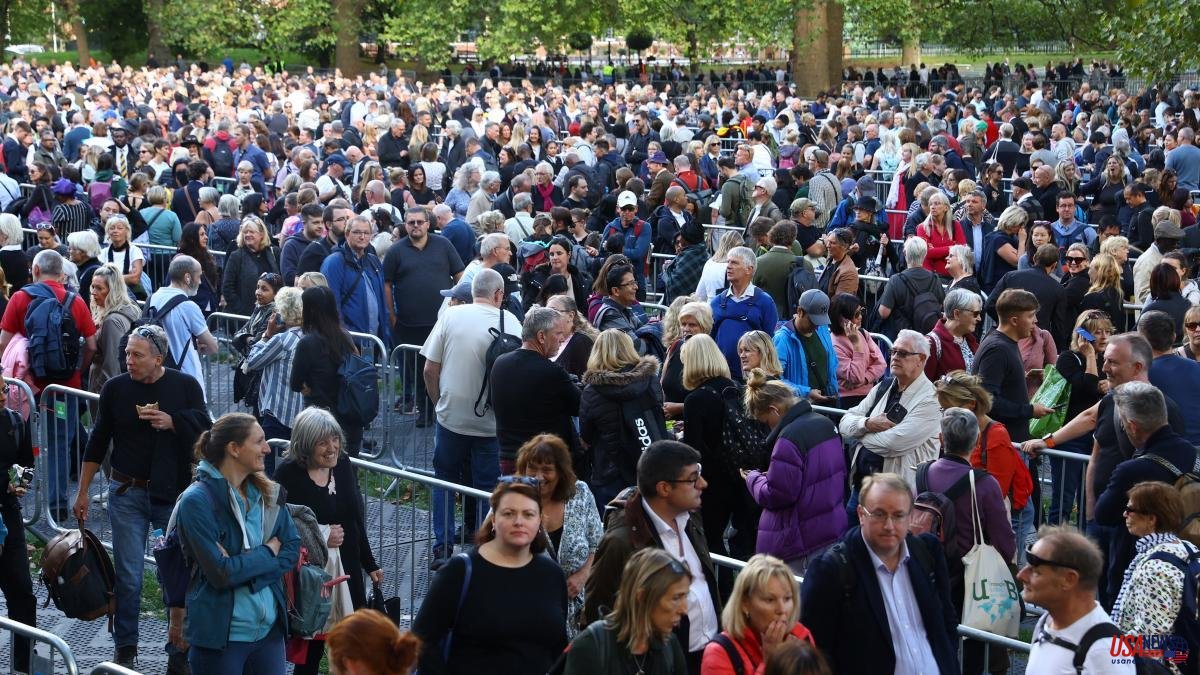 The queue to see Queen Elizabeth II's coffin at Westminster Hall has now reopened after being temporarily closed for a few hours on Friday. Of course, according to the latest update from the British government, waiting times are at least 24 hours.

Earlier this afternoon, Britain's Department of Culture announced on Twitter that the queue to access Elizabeth II's funeral chapel would stop for "at least 6 hours" and asked citizens to " not try to join the queue until it reopens."

However, the British government has announced after 6:00 p.m. that the queue to say goodbye to Elizabeth II in Westminster would reopen, yes, warning that waiting times "exceed 24 hours."

Likewise, the British Executive has also warned that at night the night temperatures "will be cold" and that "the queue can be closed again", as has already happened this Friday.

The ever-moving queue winds its way from Southwark Park in central south-east London to Westminster Hall, where some 750,000 people in total are expected to file past the queen's coffin before Monday morning's funeral.

"I can't feel my knees or my legs," said Hyacinth Appah, a London woman waiting in line. "But it's been good. Most of the people have been lovely and we've had a great time," she said.

The queue was nearly five miles long as of early Friday morning, the culture department's live queue tracker has revealed.

Temporary toilets have been set up along the route of the queue, and attendees have been asked not to bring camping gear, sleeping bags or folding chairs.