In a Eurobasket full of surprises and characterized by equality, Spain has been able to prolong a streak that symbolizes its main virtue: the ability to regenerate and smooth out cycle changes to maintain performance and regularity. 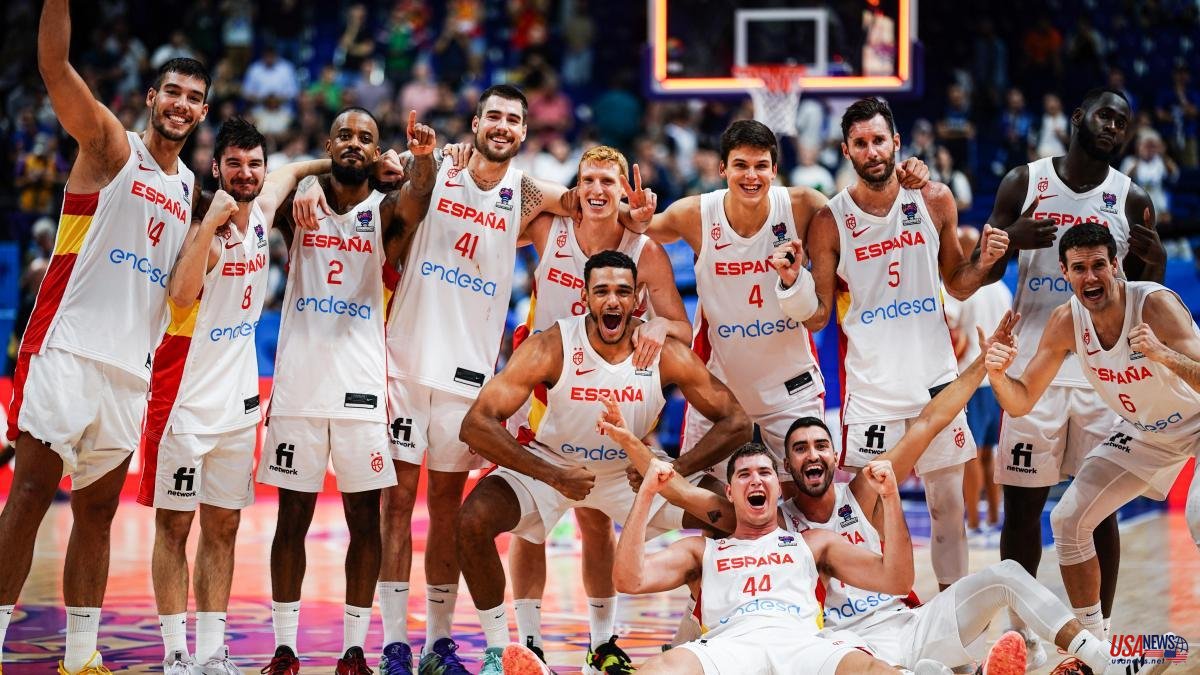 In a Eurobasket full of surprises and characterized by equality, Spain has been able to prolong a streak that symbolizes its main virtue: the ability to regenerate and smooth out cycle changes to maintain performance and regularity. The latter is the word that best defines the participation of the national team in the largest continental tournament. After defeating Finland in a highly demanding match, Sergio Scariolo's men have reached the penultimate round of the championship. It is the eleventh consecutive edition of the Eurobasket in which Spain makes sure to be among the four best teams in Europe. It is necessary to go back to 1997, precisely to the date in which they started as hosts, to see the Spanish team fall before the semifinals, specifically in the quarterfinals.

Spain is the clear modern dominator of the Eurobasket. Modern because the only two countries that have accumulated the most medals since the tournament was founded in 1935 are the Soviet Union (21 medals, 14 of them gold) and Yugoslavia (17 medals, eight of them gold), and neither of them exist Already. The Spanish team has been participating in the championship continuously since 1959. At that time, the USSR had no rival in this sport in Europe, winning eight consecutive editions of the Eurobasket between 1957 and 1971, with legendary players such as Sergei Belov.

Spain had won silver in the first European Basketball Championship in history, held in 1935. A Spaniard was also the first MVP: Rafael Martín, who only played four games with the newly created national team. She did not get on the podium again until 1973, when she finished second in the championship played on Spanish soil. There was a milestone: the first victory over the almighty Soviet Union (80-76), neither more nor less than in the semifinals and with a great comeback at Montjuïc. Legendary figures such as Carmelo Cabrera or Wayne Brabender, MVP of that event, made up that team.

The hegemony of the USSR only yielded to the power of the other giant to the east, Yugoslavia, which won that Eurobasket in Spain with Kresimir Cosic, Dragan Kicanovic or Drazen Dalipagic (the former team's all-time leading scorer). Without reaching the level of the two powers, for the Spanish team that medal was a turning point, since from 1979 they did not fall back from sixth place. In the 1980s, the first great generation of Spanish players appeared, made up of Epi, Fernando Martín (the first to reach the NBA), Fernando Romay, Juan Antonio Corbalán and Juanma Iturriaga, among others.

It was no longer something strange to see Spain in the semifinals of a Eurobasket, but it was with the arrival of the new century when, from the explosion of the 'golden juniors', the selection was awarded a fixed and indefinite position among the four best on the continent. Those were the beginnings of Pau Gasol, Juan Carlos Navarro, Felipe Reyes and company, who were later joined by Rudy Fernández (the only one still on the squad), Marc Gasol, Ricky Rubio, Sergio Llull and other big names. It was the origin of the 'ÑBA', which won Spain's first gold in a Eurobasket in 2009 and repeated in 2011 and 2015.

The current team was viewed with suspicion due to the absence of the players who marked the recent successful history of Spanish basketball, due to the change in cycle and the lack of figures with the status of international stars. However, Sergio Scariolo once again demonstrated his ability to form and direct solid and coral blocks and the players are showing their faces and showing that it is not essential to have NBA superstars to do a good job in this type of tournament. With Lorenzo Brown at the helm, the Hernangómez brothers becoming strong in the paint, the tireless Rudy Fernández and all his companions, Spain has reached its eleventh consecutive Eurobasket semifinal. Reaching the final will be a new challenge. Germany, the hosts, wait after taking out Greece, the team of the most dominant player on the planet (Giannis Antetokounmpo) and favorites for the title.