The most intimate images of Picasso

Lucien Clergue (1934-2014) was a simple 19-year-old food delivery boy when, overcoming his shyness with great doses of audacity, he approached Pablo Picasso at the exit of a bullfight in the Arles square. 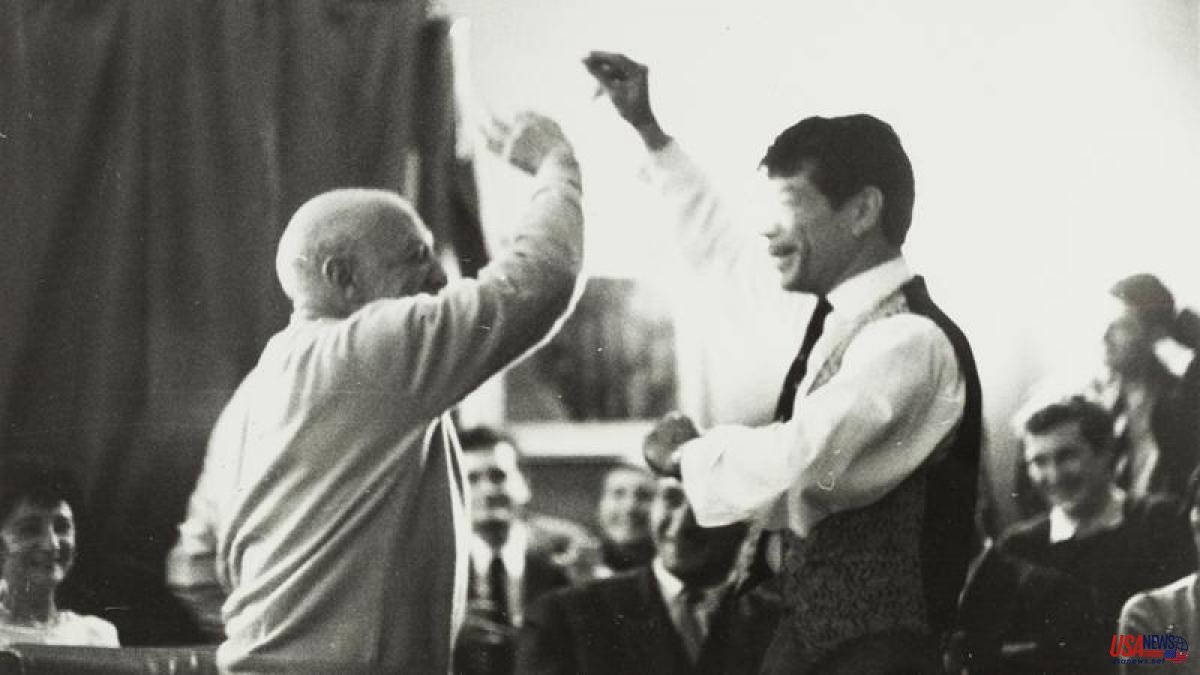 Lucien Clergue (1934-2014) was a simple 19-year-old food delivery boy when, overcoming his shyness with great doses of audacity, he approached Pablo Picasso at the exit of a bullfight in the Arles square. He took a portrait of her and then put into her hands some of the photographs that he took during his lunch hour and revealed at night. "I'd like to see more!", replied the teacher, giving the young photographer the alternative and opening the doors, even without knowing it, to a relationship of friendship and complicity that would last a lifetime.

Thanks to her we can see today the most private Picasso who with frightened eyes -he didn't know how to swim- floats in the water without leaving the shore at all on the beach in Cannes, dances flamenco with the great Silver Manitas during a gypsy party, hits the thread with a taxi driver or plays the bandurria with the musicians of the bullfighting club of Logroño.

The Museu Picasso in Barcelona, ​​which in 2016 acquired a collection of almost 600 images of the photographer who would later found the Rencontres d'Arles, and after a first exhibition, in 2017, dedicates a second exhibition to him that looks like a diary, a family album. From that first meeting with Don Pablo, Clergue created Saltimbanques, a series of portraits of child acrobats from the traveling circuses that visited the region, against which he contrasted a background of buildings in Arles bombed during World War II.

Now yes, it is already Picasso who knocks on his door to invite him to La Californie, the Cannes villa where he shared life with Jacqueline Roque. They had twenty-seven meetings, the last two years before the artist's death, in 1973. Picasso is 89 years old and for the first time we see him as an old man. Clergue, who had made him godfather to one of his daughters, whom we see playing sitting on his knee, photographed him during the shooting of Cocteau's film "Testament of Orfeo", in which Jacqueline, Luis Miguel Dominguín and Lucía Bosé, and after her death she will return to Notre-Dame-de-Vie to portray her absence and the packed works about to leave for another destination. On one occasion, the man who was also manager of the guitarist Manitas de Plata, defined the man from Malaga as follows: a "strong, triumphant, vulnerable, shy, jaded, glorious and happy to live" man.

The exhibition, until October 20, opens its doors together with another tribute sample that arises from the living funds of the museum itself, in this case the personal archive of Brigitte Baer, ​​the great researcher of the graphic work of Picasso whose abundant documentation - manuscripts, the published catalog raisonnées with annotations by the author, catalog sheets....- were donated by her nephew, David Leclerc, in 2015. They are displayed in showcases together with a collection of engravings and, like the Clergue one, the project has been curated by Emmanuel Guigon and Sílvia Domènech in collaboration with Núria Solé Bardalet