The President of the Generalitat, Pere Aragonès, and the Secretary General of Junts, Jordi Turull, have met for an hour, face to face, this Sunday but the meeting has ended without news, and the agreement to save the current Government moves away . 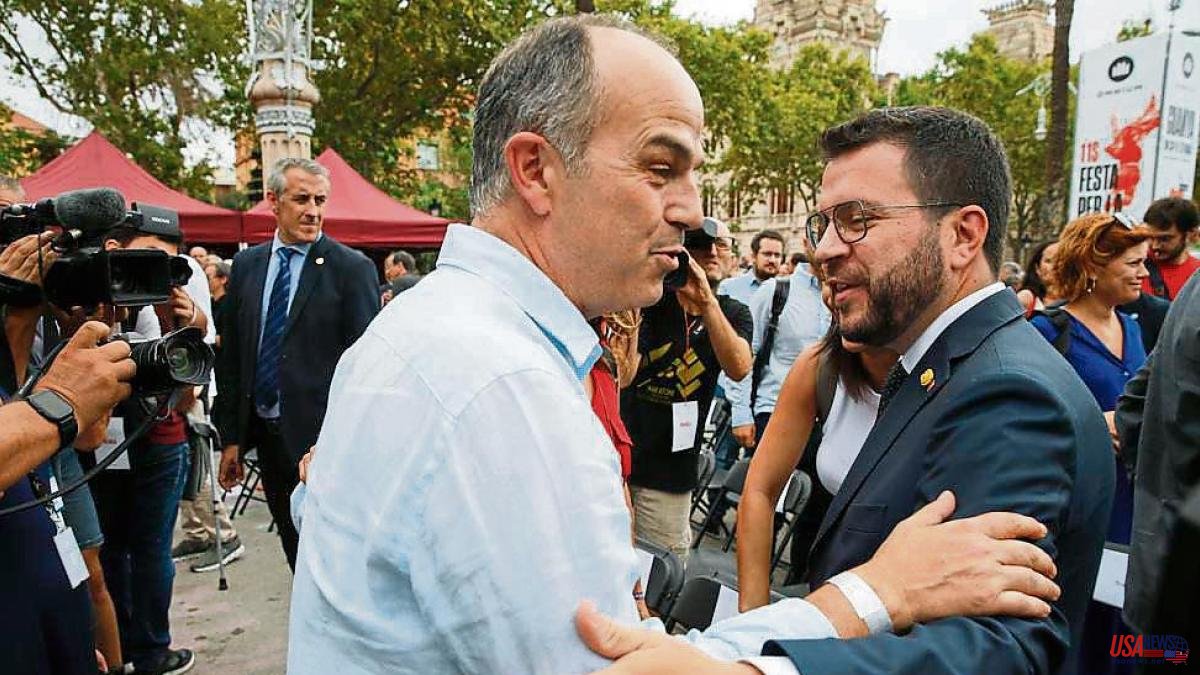 The President of the Generalitat, Pere Aragonès, and the Secretary General of Junts, Jordi Turull, have met for an hour, face to face, this Sunday but the meeting has ended without news, and the agreement to save the current Government moves away .

Turull wanted to personally explain Junts' proposal to the chief executive, who maintains his position: he will not reinstate the dismissed vice president, Jordi Puigneró.

The formation of Turull and Laura Borràs had given Aragonès room to negotiate until tonight. The talks could continue throughout the afternoon, but not too many news are expected, according to sources from both Palau and Junts.

Aragonès and Turull met this morning, before the president attended the castells contest in Tarragona, and Turull attended the presentation of his party's candidate for the Solsona municipal elections.

During the meeting, Turull explained Junts' proposal to Aragonès, which is based on three axes: reinstate Puigneró; that the Council of the Republic direct the pro-independence strategic coordination space; and compliance with the three agreements of the investiture pact (coordination in Madrid; recovering the strategic space; and that the dialogue table only address amnesty and self-determination).

Aragonés maintains his position: he will not go back on the decision to have dismissed Puigneró; the Generalitat cannot be subordinated to the Council of the Republic -which is chaired by Carles Puigdemont-; and he assures that the three points of the agreement that allowed his investiture are already being fulfilled.

It is not ruled out that there may be more contacts throughout Sunday. However, on both sides they admit that there is less and less room for an agreement to be reached today.

Junts will meet the executive this Monday, as usual. The party of Turull and Borràs will evaluate the state of the talks with Aragonès -depending on how today ended- and, based on this, will decide the question of the consultation to the militancy. The bases of the party will decide if Junts should continue or leave the Government. Voting will be held on October 6 and 7.