70 years ago Argentina was paralyzed by the death of the most popular of its first ladies, Eva Duarte de Perón, known to all as Evita. 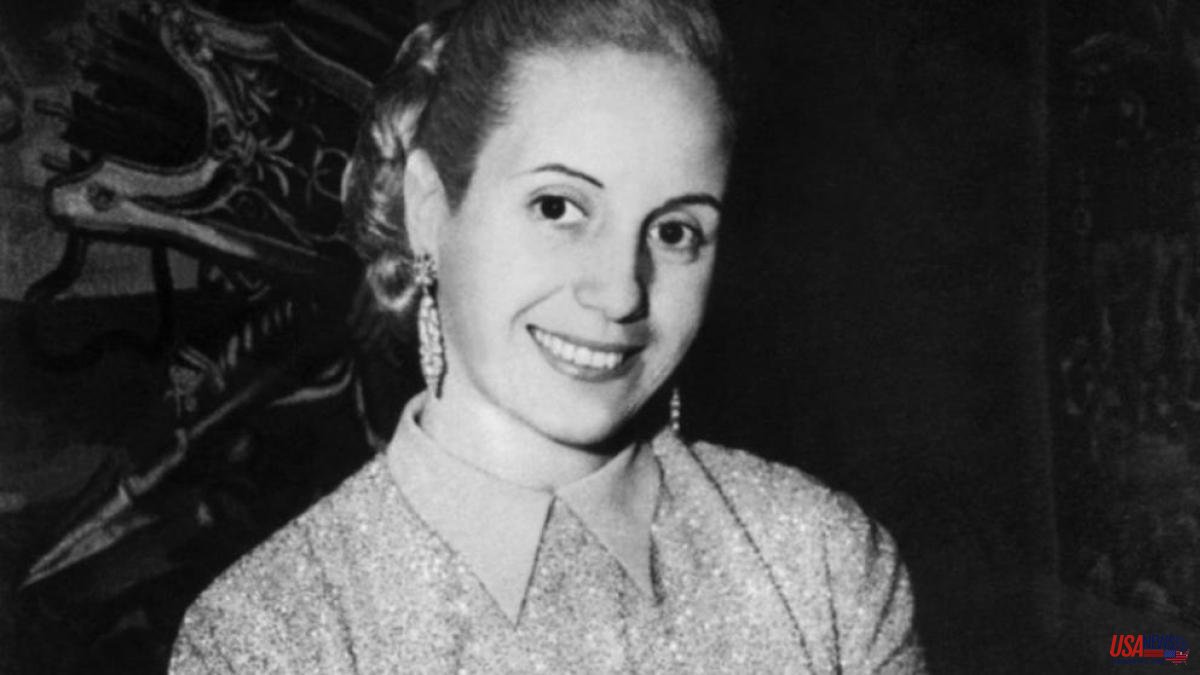 70 years ago Argentina was paralyzed by the death of the most popular of its first ladies, Eva Duarte de Perón, known to all as Evita. At just 33 years old, the "standard bearer of the humble" left the earthly sphere to become an eternal myth, symbol of an era and inspiration for musicals, movies and books around the world.

On July 26, 1952, cervical cancer won the battle against the second wife of then President Juan Domingo Perón (1946-1955 and 1973-1974), after months of fighting the disease. But her charisma, her iconic image and her passionate speeches in favor of the working class and the most needy, and against the oligarchy and imperialism, would go down in history.

"When we name Evita, the first thing that comes to us is the fight for equality, which is a mandate that Evita exercised, she didn't just proclaim it, she made it a reality," Cristina Álvarez Rodríguez, great-niece of the remembered politician, told Efe. who defines as "a woman absolutely transgressive to the standards and rules of the women of her time", who created the Women's Peronist Party and her own foundation for social aid and whose work was decisive in approving the vote of women in Argentina.

Eva had no children, although she left thousands of people who mourned her death and watched over her for more than two weeks, before, at the headquarters of the General Confederation of Labor, the main Argentine trade union, the Spanish doctor Pedro Ara spend the next three years and three months preserving and guarding the body.

The plan was to embalm her -as it happened- to be deposited, incorruptible, in a great monument in Buenos Aires that did not have time to build: in 1955, in its eagerness to erase all Peronist traces, the dictatorship that overthrew General Perón stole the corpse of the union and, after a macabre journey, ended up hiding it under another name in an Italian cemetery, until at the beginning of the 70s it was returned to the widower during his exile in Madrid.

"My family, who was in exile after the military coup of 1955, searched for Evita's body with letters written to the pope, to the bishops, to the presidents of the world, of course to the Argentine military junta, which ruled de facto. ..", says Álvarez Rodríguez, granddaughter of Blanca, one of Eva's four siblings.

Juana Ibarguren, Evita's mother, died months before the body was recovered, which, after all that she had suffered, was, according to her great-niece, "injured, damaged, with tar-painted feet."

Perón became president again in 1973, but died shortly after, leaving his third wife, Isabelita, as president, who in 1974 ordered Eva's body to be taken from Spain to Argentina. For 46 years she has rested in a vault in the Recoleta cemetery in Buenos Aires, paradoxically an emblem of the oligarchy that she detested so much.

Born in 1919 in a rural area of ​​Buenos Aires, Evita was marked by her difficult childhood. Juan Duarte, her father, had another family, the "legitimate" one, and died in 1926, leaving Juana and her children abandoned.

As a teenager, Evita moved to the capital, worked as an actress and in 1944 met Perón, then Secretary of Labor and Welfare, at a meeting to raise funds for the victims of an earthquake in the province of San Juan. They fell in love, and after a brief arrest by the military man and his subsequent release, acclaimed by the crowds - who thanked him for the policies promoted from his position - they got married and he won the 1946 elections.

From that moment, either haranguing from the balcony of the Casa Rosada; Visiting Europe in 1947 -when she was received in style in Franco's Spain- or clad in dresses from exclusive firms that idolized her, Evita forged her star.

"Evita is the purest and noblest expression of the humble. She has no father, no last name, no history... she has all that darkness that the humble drag but that also imposes the strength of their dignity," he told Efe the Peronist referent Julio Bárbaro, who was a deputy in the last government of Perón.

After her death, the figure of the former first lady, who was already ill, was proposed by the trade unions for vice president -a candidacy that she ended up rejecting amid political pressure-, has been present in the hectic national politics, and today she continues to be claimed by some -mainly the Peronist groups and parties, currently governing- and reviled by others.

"Even today you go to the slums, anywhere in the country, and you find houses belonging to the Eva Perón Foundation, a portrait, a letter received by a grandmother, a great-grandmother... It is very moving to see the life stories, which are the ones that make many girls, boys in Argentina tattoo Evita on their arms", emphasizes Álvarez Rodríguez, who presides over the Evita Museum, opened in Buenos Aires for 20 years.