The latest drafts on Catalan include express requests from Junts

The debate on the Catalan language in the educational model is going through a roller coaster. 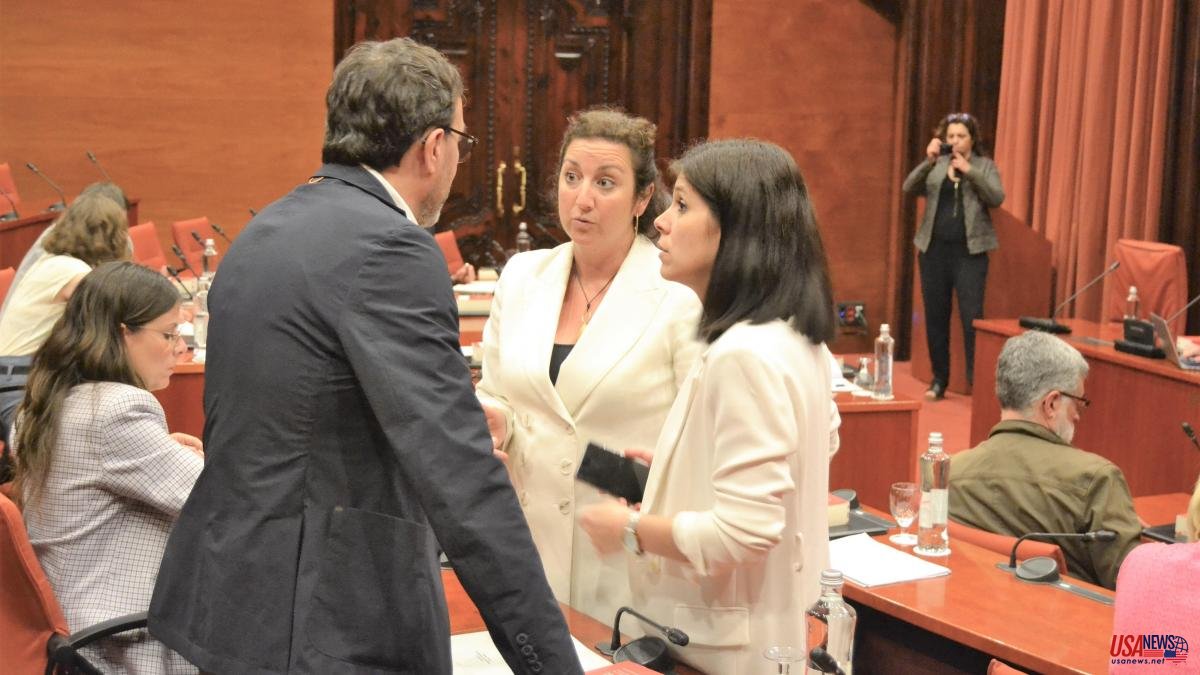 The debate on the Catalan language in the educational model is going through a roller coaster. If yesterday the PSC, Esquerra, Junts and the commons ran aground on the new parliamentary bill, today the parties are optimistic. Thus, Jéssica Albiach, leader of En Comú Podem in the Catalan Chamber, stated this afternoon that these parties are "closer than yesterday" to a four-party agreement "to shield Catalan" after the Superior Court of Justice of Catalonia (TSJC) will set May 31 as the deadline for 25% of classes to be taught in Spanish. The formations exchange documentation and everything remains to be seen, but in the latest draft of the bill, to which La Vanguardia has had access, the main article has been modified to reincorporate Junts into the pact and make it very clear that Catalan is " that of normal use in the reception of newly arrived students".

This new rule would be called "Law on the use and learning of official languages ​​in non-university education". The black on white rejection of the application of percentages, which was part of one of the drafts to convince Junts, is not included in the text after the PSC protest, which stated that it would rule out endorsing this law.

But the way to try to preserve linguistic immersion as much as possible is twofold. The Government is preparing a decree law in parallel, of a lower rank than the previous law -if approved- and to which this newspaper has had access, in which the explicit rejection of percentages of Spanish and Catalan in schools stands out. Here, the partners of the Government, ERC and Junts, do explicitly state the no to numerical proportions. The Generalitat plans to approve this decree law soon, which, in its opinion, would allow the execution order of the TSJC to be overcome from the moment of its publication in the Official Gazette of the Generalitat de Catalunya (DOGC). The PSC, in a subsequent validation of the decree in Parliament, would be left out and the Catalan Executive should seek the yes of the commons or the CUP so that the decree does not decline.

The linguistic projects would be applied, according to the text of the decree, "from the beginning of the 2022-2023 academic year".

Going by parts, the text of the first of the measures, that of the law that the PSC, ERC, JxCat and the commons should approve in Parliament, is quite similar to the proposal of March 24, from which the March 24, just eight hours after signing it. However, the most notable novelty lies in article 2, on the use of vehicles and learning:

"Catalan, as Catalonia's own language, is the language normally used as the vehicular and learning language of the educational system and the language of normal use in the reception of newly arrived students. Spanish is used in the terms established by the linguistic projects of each centre, in accordance with the criteria established in article 3".

Here it is specified that the language of normal use in the reception of newcomers is Catalan, as requested by Junts. In the first of the proposals, that of March, it was diluted.

Another of the modifications with respect to the first of the proposals is in the second section of article 3:

"The determination of the presence of the official languages ​​in education must take into account the general sociolinguistic situation, that of the centers and their environment, the objectives of linguistic normalization and the evolution of the linguistic learning process, oral and written, according to in accordance with the instruments of control, evaluation and improvement of linguistic competences.The scope of this presence must be determined exclusively with pedagogical criteria from a global, integrating and cross-curricular approach that includes all learning resources, also those of a digital".

In the other initiative, the decree law, emphasis is placed on the rejection of percentages, on the validation of the linguistic projects of each one of the centers by the Department of Education (assuming all responsibility), and on the advice of this conselleria in the elaboration of these projects.

In this way, article 2 of the decree ensures that "the organization of the teaching and use of languages ​​in public educational centers and in private educational centers supported with public funds" is based on "the guarantee that the students achieve oral and written command of Catalan and Spanish at the end of compulsory education"; in "the necessary adaptation of the educational and linguistic projects to the sociolinguistic environment of the centers", and in "the non-application of numerical parameters, proportions or percentages in the teaching and use of languages".

In article 3 of the decree law, on "linguistic projects" it is stated, among others, that the linguistic project of each one of the centers "must take into account the educational needs and the cultural and linguistic diversity of the students in order to achieve the objectives of linguistic normalization", and that these projects must be "reviewed and modified, if necessary, based on the oral and written knowledge and the use of the languages ​​that the student accredits in the different educational stages". "This review will be done through periodic tests and evaluations, both internal and external, in periods not exceeding two years," it is added.

Already in article 4 of the decree it is specified that "without prejudice to the autonomy of educational centers, the department responsible for education has to validate in a period not exceeding 30 days that the linguistic project is in accordance with current regulations and urge the modification otherwise". The Ministry of Education would assume "the legality" and "the responsibility" of said projects of each one of the educational centers.