The Hernangómez brothers take over from the Gasols

The Hernangómez brothers savor the honeys of success as the Gasols did so recurrently in their day. 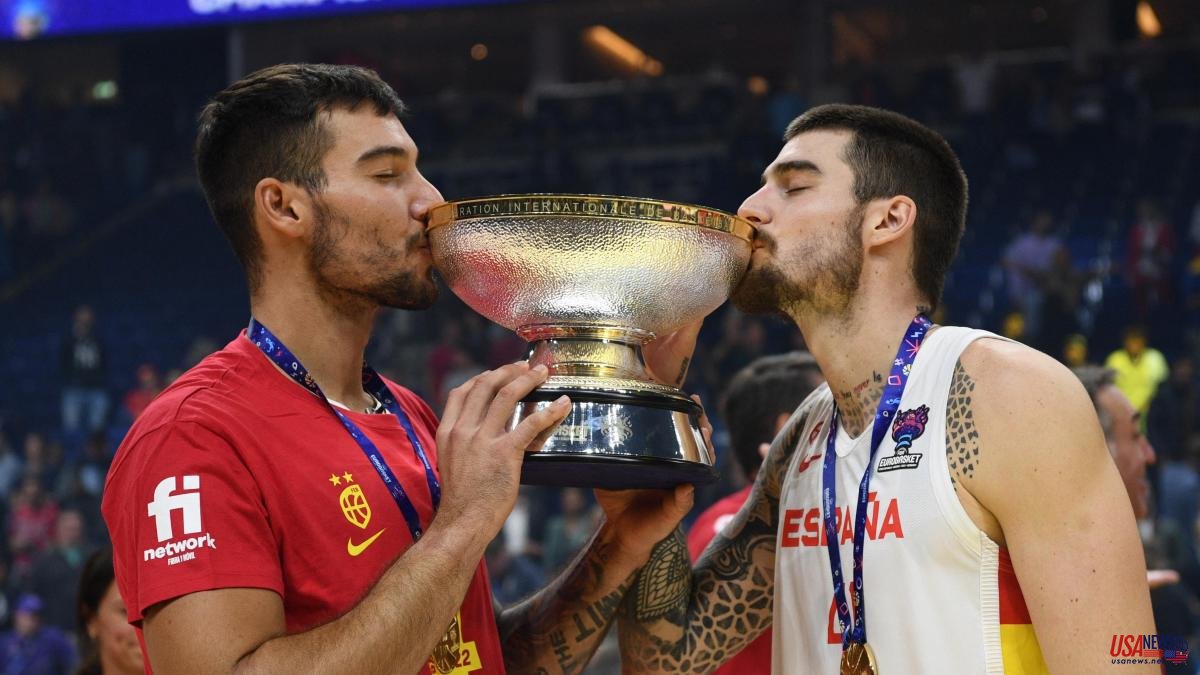 The Hernangómez brothers savor the honeys of success as the Gasols did so recurrently in their day. Nothing foreshadowed a few weeks ago that the performances of Willy and Juancho in this Eurobasket would be worth the fourth gold for Spain in this competition, a team, that of Sergio Scariolo, that despite having changed its skin, is still the current world champion.

In the very successful final against an impotent France (88-76) there was a player who stood out above the rest. Juancho's inspiration in the line of three (seven triples from nine attempts) was key for the national team to emerge champion in Berlin. In total, the youngest of the Hernangómez contributed 27 points, top scorer of the night. With these numbers, FIBA ​​awarded the MVP of the final to the forward of the Toronto Raptors.

The level shown by Willy during these weeks earned him, for his part, to be distinguished as the best player of the tournament, succeeding Serbian Goran Dragic, chosen in 2017. The player from Madrid also had a remarkable performance in the final, with 14 points and 8 rebounds. He finishes the championship with an average of 17 points and about 7 rebounds per game.

In addition, FIBA ​​included the center of the New Orleans Pelicans in the starting line-up, which was completed by the guard from Spain Lorenzo Brown, the German game director Dennis Schröder, the Greek Giannis Antetokounmpo and the Frenchman Rudy Gobert.

"Gold tastes incredible. We started training in Madrid 50 days ago. You had to have confidence in the project. With work you can do anything," Willy stressed after the match. "We've eaten a lot of shit. I've tried to take the step forward that was required of me,” he added.

Juancho, protagonist of the final as he was also in the Netflix movie Garra, but above all Willy, are vindicated in the Eurobasket and want more. Continuing to grow in the NBA is the next challenge.