Usual prints are repeated at Wimbledon. 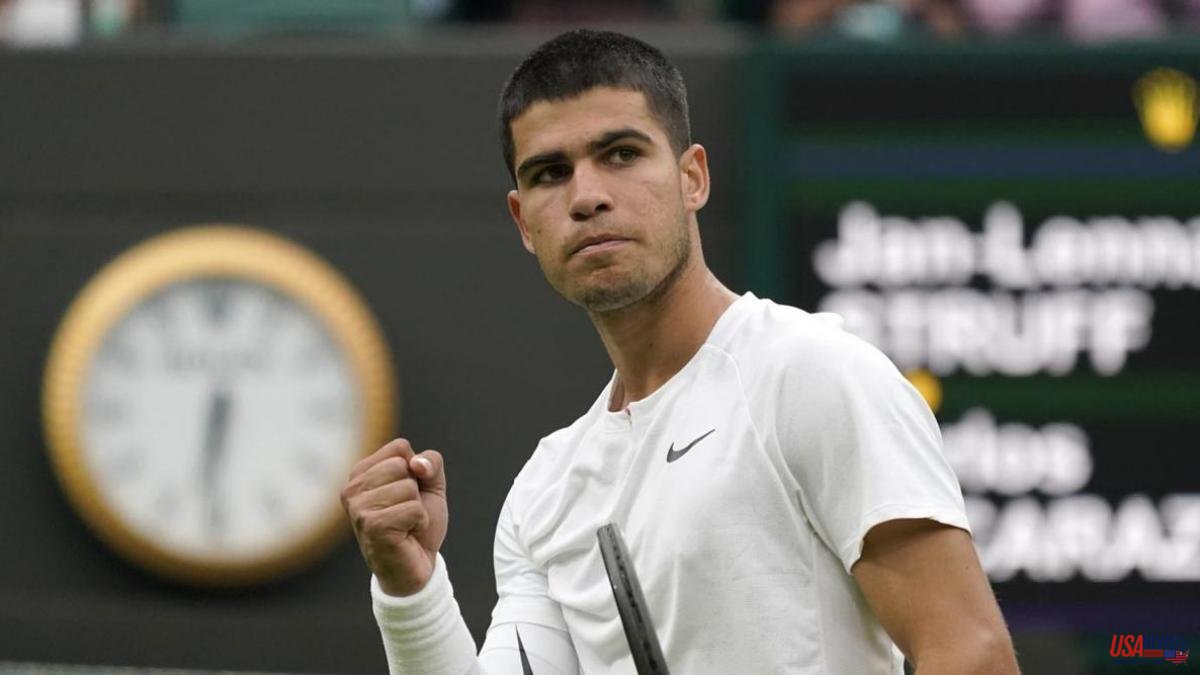 Usual prints are repeated at Wimbledon.

It starts to rain in the middle of the afternoon, it rains on the All England Club, and tennis comes to a standstill. The public stampedes out of the outlying courts, seeking shelter in the cafeteria, although life goes on on Center Court and Court 1, where, at the same time and respectively, Novak Djokovic (suffers although he defeats Kwon) and Carlos Alcaraz (suffers even more than Djokovic although he defeats Struff): it is played indoors in both scenarios.

The rain and also the uncertainties of Wimbledon, the most unpredictable of the great tournaments, except in the days of splendor of Sampras, those of Federer or those of the best Djokovic, are common sights.

He is not the best Djokovic.

It happens right in the second set, when the Serbian loses three games in a row and Kwon is on top of him.

In the box, Goran Ivanisevic's face changes, a gigantic server who had imposed himself in London in 2001 and who now directs Djokovic.

And on the track, Djokovic sulks, not finding his point and on top of that he has run into a gamer.

Kwon (81st racket today) does not have a pedigree or flashy wins, and perhaps that is why Djokovic's pedigree hoists him: he has nothing to lose. The Serbian, a roller coaster of sensations in this 2022, is in a dilemma, without a doubt misplaced, and that is why he must raise the color palette one tone.

Focusing on the return, stabilizing from the back of the court, anticipating Kwon's moves and regaining control of the engagement to seize the final two sets and take his tally of consecutive wins to 22 on the mysterious London grass. (6-3, 3-6, 6-3 and 6-4).

That same London mystery surrounds Alcaraz (19), who at the same time fights against Jan-Lennard Struff, a German giant who dresses like a naughty boy, with his cap backwards, and does not look at the ranking, since it is 155 .º in the world and seems to care: it serves and hits like there is no tomorrow, and it doesn't wrinkle at any time.

Alcaraz has been warning for days (“I don't see myself as a favorite, I'm here to learn”, he had said the day before), and he sports a bandage on his right elbow and is immersed in a dizzying match. Struff doesn't let him breathe.

It neither temporizes nor negotiates.

Struff, executioner of the Murcian at Roland Garros a year ago, now causes an accelerated match, with few rallies, a lot of serve-volley and forceful services, an anxiety for Alcaraz, who tries to pigeonhole the German but there is no way, the giant does not enter in the cage.

-It will not be Nadal.

What a mission, yours.

(The Spaniard enters the scene this Tuesday, in the second turn of the Center Court, against Francisco Cerúndolo)