It is an incentive to get the beneficiaries of the Minimum Vital Income (IMV) to look for a job. 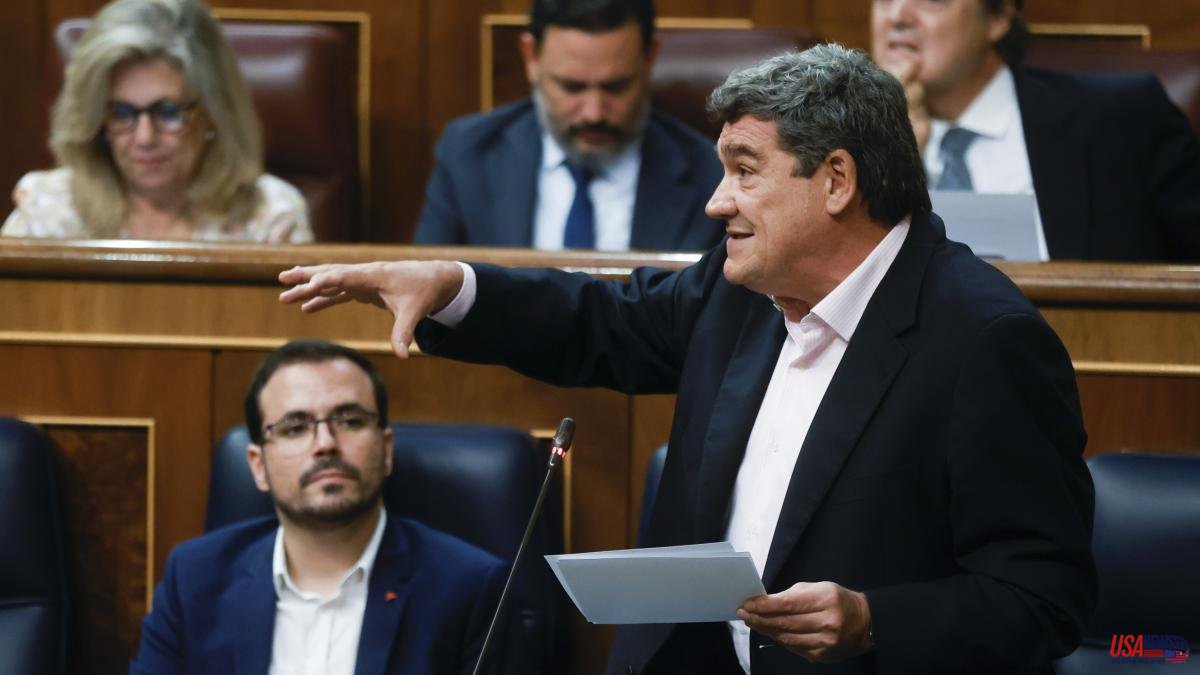 It is an incentive to get the beneficiaries of the Minimum Vital Income (IMV) to look for a job. The idea is to allow that for a time and with certain income limits, it is compatible to continue receiving this benefit with carrying out a paid job. For this reason, the Council of Ministers has approved this morning the royal decree law that will allow it from next January 1.

The Ministry of Inclusion and Social Security calculates that one in five households that currently receive the benefit have improved their employment situation and that they will be able to receive these incentives, which would mean a total of 100,000 households. They also point out that incorporating this compatibility was already part of the idea of ​​the Minimum Vital Income from its origin, and that it is now articulated when the mechanism has already been in operation for 28 months and covers 500,000 households with more than 1.4 million people.

The main objective of the initiative is to help the recipients of the perception to join the labor market. The amount of the incentive depends first of all on the composition of the household, so that households with minors need higher amounts to be incentivized, as well as single-parent families or those in which people with disabilities live. In addition, the incentive is also determined based on the degree of salary increase, and whether it is received by people who were already working or who were outside the labor market. In the latter case, integration is more difficult and therefore the incentive must be greater.

To apply this incentive, a complex mechanism will be put in place that distributes the amount of the Minimum Vital Income that will continue to be received based on the new income that arrives from paid employment. Everything leads to guarantee that income from working is not lost; on the contrary, that they add up and, therefore, that it pays to enter the labor market. In addition, no processing with the administration will be necessary to access the incentive. It will be activated without the need for a request, since the necessary data is already available to evaluate it.

As the system is designed, there are three sections to regulate employment incentives. In the case of an IMV recipient who lives alone, if they have additional income to that received the previous year up to 3,540 euros (60% of the guaranteed income), this amount is added in full to the benefit. It is the first section. In the second and third sections, as income increases, the benefit received progressively decreases, until it remains at 0 from 10,000 euros of additional income compared to the previous year.

An example would be that of a person who lives alone and who has had no income the previous year. Receive 5,900 euros of IMV per year. When the minimum vital income is reviewed the following year, it is seen that she has had income worth 1,000 euros. Thanks to the incentive, her disposable income will be 6,900 euros, because she will keep the IMV in full and add her income to it.

Another case would be if this person has had income worth 6,000 euros. The incentives would allow you to keep an important part of the IMP. His income would be 10,147 euros, the 6,000 that he entered plus 4,147 that he retains from the benefit.

What is sought is that what has been earned as income from work is not lost in the benefit. The total income, adding salary, IMV and incentive is increasing, and therefore, it pays to work.

To make it easier for IMV recipients to know the amounts of the incentive, a virtual simulator will be launched that includes all possible options and typologies, although it is not yet available.

On the other hand, from the ministry they indicate that these incentives will not entail any burden, since their cost is more than offset by the increase in social contributions of working recipients. According to his calculations, for each euro that the employment incentive costs, between 1 and 3.5 additional euros will be collected.