The eighth package of sanctions against Russia has entered into force this Thursday with the commitment to limit the price of oil, as the G-7 countries had agreed. 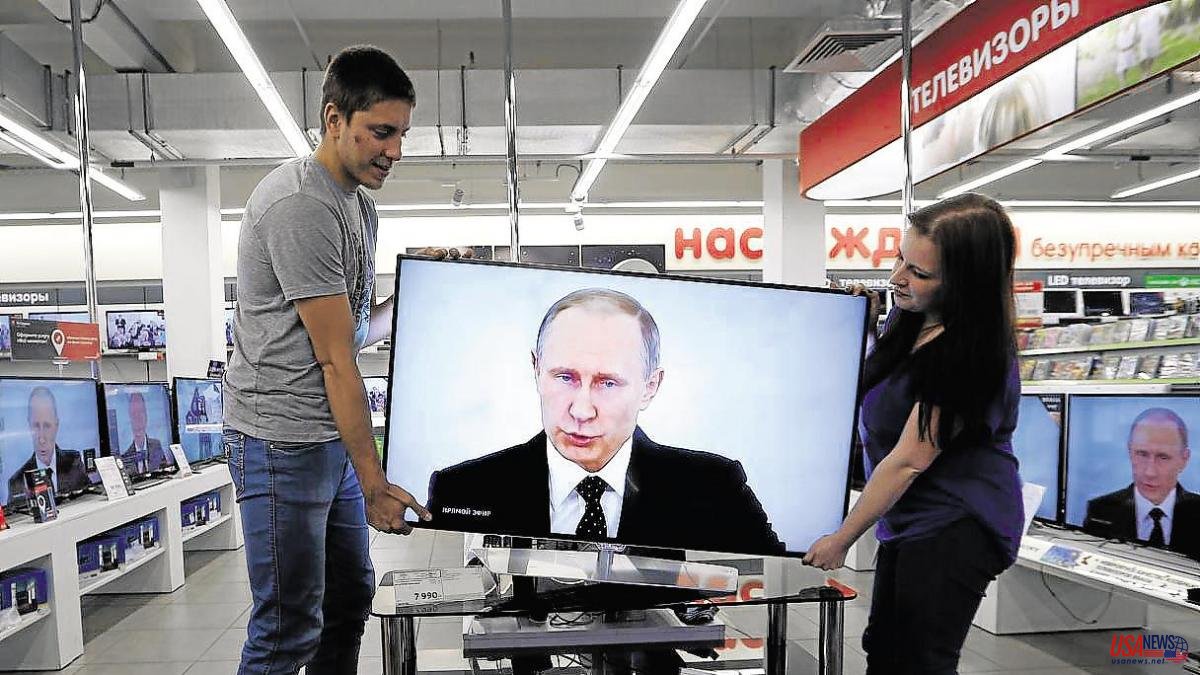 The eighth package of sanctions against Russia has entered into force this Thursday with the commitment to limit the price of oil, as the G-7 countries had agreed. It is about increasing the pressure against Moscow, with a cap that affects the transport of crude oil and derivatives to third countries. The import of all aluminum and measures that undermine the Russian military industry are also prohibited.

The arduous negotiation that meant putting an end to the import of Russian oil into the European Union —and which will come into force from December for crude oil and in February for its derivatives— has not been repeated this time. And this prohibition will now be extended with a limitation on the price of oil, with the aim of reducing the income that Moscow obtains from the sale of fossil fuels and that it uses to finance the war in Ukraine.

With the commitment reached by the Twenty-seven, European operators (such as shipping companies) will be able to transport Russian oil to third countries, but as long as it has been sold to a ceiling. Otherwise, the companies will not be able to collaborate to take you to your destination.

The limit will not be fixed, but will vary depending on the market, but always below the global price. The cap will be set and adapted in collaboration with the G7 countries.

Of course, during the negotiation for its approval, Greece, Cyprus and Malta extracted a commitment from their partners that the measure does not come into force until more countries join, in addition to those of the G-7 and prevent their shipping companies —with important relations with the Russian oil sector — lose market share to their competitors. "We hope that as many countries as possible will join, not just the G7, to significantly increase the pressure," community sources defend.

Precisely, one of the issues of concern is how to prevent European shipping companies from trying to circumvent the sanctions by carrying a flag of a non-EU country. European sources trust that partners such as the United States, which promoted the measure in the G7 discussions, will convince countries such as Panama, Liberia or the Marshall Islands to also join and not use their flag either.

The European Union is confident that the new sanctions will reduce the large volume of income that Russia obtains from the purchase and sale of oil, but it is not clear if it will really have a real impact. OPEC's announcement that crude oil production will be cut and thus maintain high prices casts doubt on its effectiveness. Community sources admit the difficulties, but that they will maintain contacts with the oil-exporting countries.

The date of application of the limit to the price of oil has not yet been set, although there is a commitment that it can be achieved before the end of the year. The objective is that once negotiated by the EU, the G7 and other countries, the Twenty-seven meet again to study the details of that pact and decide the date on which it comes into force.

Also, the new package prohibits the import of goods and services worth 7,000 million euros. These include semi-finished aluminum products (with a transition period of up to two years, given the delicate situation in the sector), which means that soon all Russian aluminum will be banned from importing.

Neither will machinery, plastics, vehicles, textiles, leather, ceramics, chemical products, cosmetics and jewelry be imported, although diamonds are not finally included. Belgium with its major gemstone trading center in Antwerp has always been reluctant to include this ban. In any case, according to data from the European Commission, the import of diamonds from Russia has decreased by 75% in recent months, although it is not ruled out that a veto will be applied in the future.

As for export, it will no longer be possible to send to Russia electronic components that are known to have helped the country's arms and military industry in the invasion of Ukraine. Among them, semiconductors; products that could be used in chemical attacks, or technological components for the use of stun guns; as well as more key objects for the aviation industry.

As announced by the President of the European Commission, Ursula von der Leyen, European citizens will not be able to form part of the boards of directors of Russian companies either, and thus avoid cases such as that of former German Chancellor Gerhard Schröder, who worked for the Russian oil company Rosneft for years, until he stepped down last May.

Finally, the list is extended with 30 more sanctioned individuals, including Alexander Dugin, one of the leading ideologues of the new Russian ultranationalism, and who has influenced the politics of Vladimir Putin, and whose daughter died after an attack when it exploded his car last August.

Likewise, they highlight authorities from the four regions illegally annexed by Russia (Donetsk, Lugansk, Zaporiya and Jerson) responsible for having organized the referendums considered illegal by the international community; as well as high military ranks. In total, more than 1,300 people have been sanctioned since the invasion of Ukraine began.