Strike at Ryanair: two flights canceled and 27 delays on the second day of strikes

The cabin crew of Ryanair, summoned by the USO and Sictpla unions, face this Tuesday the second day of a long round of strikes. 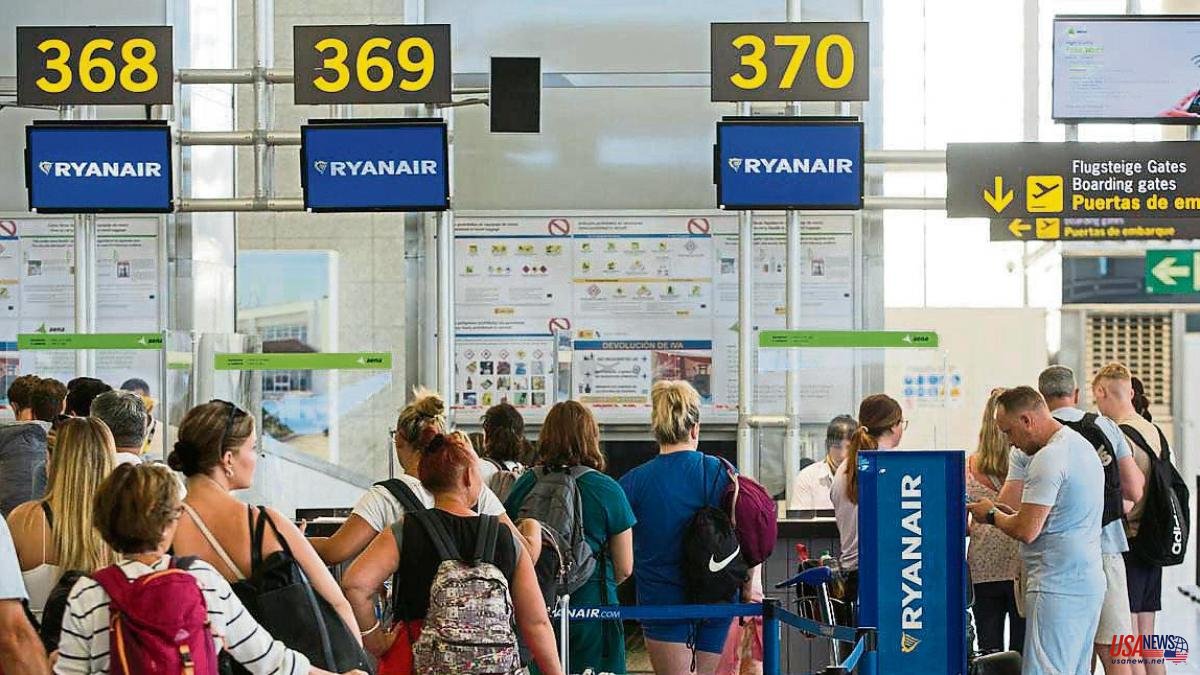 The cabin crew of Ryanair, summoned by the USO and Sictpla unions, face this Tuesday the second day of a long round of strikes. Until 9 am this morning, the protest has forced the cancellation of two flights to and from El Prat airport. In addition, another twenty-seven have suffered delays, the majority at Malaga airport. The impact is much lower than on Monday, when during the same period ten flights were canceled and more than a hundred flight delays occurred.

As reported by USO, until 09:00 am, the suspended flights were on the Barcelona-London and London-Barcelona routes.

The delays have affected Malaga to a greater extent (10 delayed departure or arrival flights), Barcelona and Palma de Mallorca (4 at each airport), and Madrid and Alicante (3 in both cases). In Seville, Ibiza and Santiago de Compostela, a flight has left or arrived late at each airport, and in Valencia and Girona, none.

After the strikes in June and July, the two unions maintain the stoppages from this Monday until January 7, 2023, from Monday to Thursday, in demand of a collective agreement signed under Spanish law, after the company closed with CCOO a agreement on salaries, "rosters" (four active days followed by three days off) and supplements for Spanish cabin crew.