Scholz, Macron and Draghi could travel to Kyiv to resolve the tension and guarantee weapons

Three European leaders so far reluctant to set foot in the Ukraine at war against the Russian invader – the German Olaf Scholz, the French Emmanuel Macron and the Italian Mario Draghi – could travel to Kyiv this Thursday, according to information from German and Italian media that the respective governments did not confirm officially. 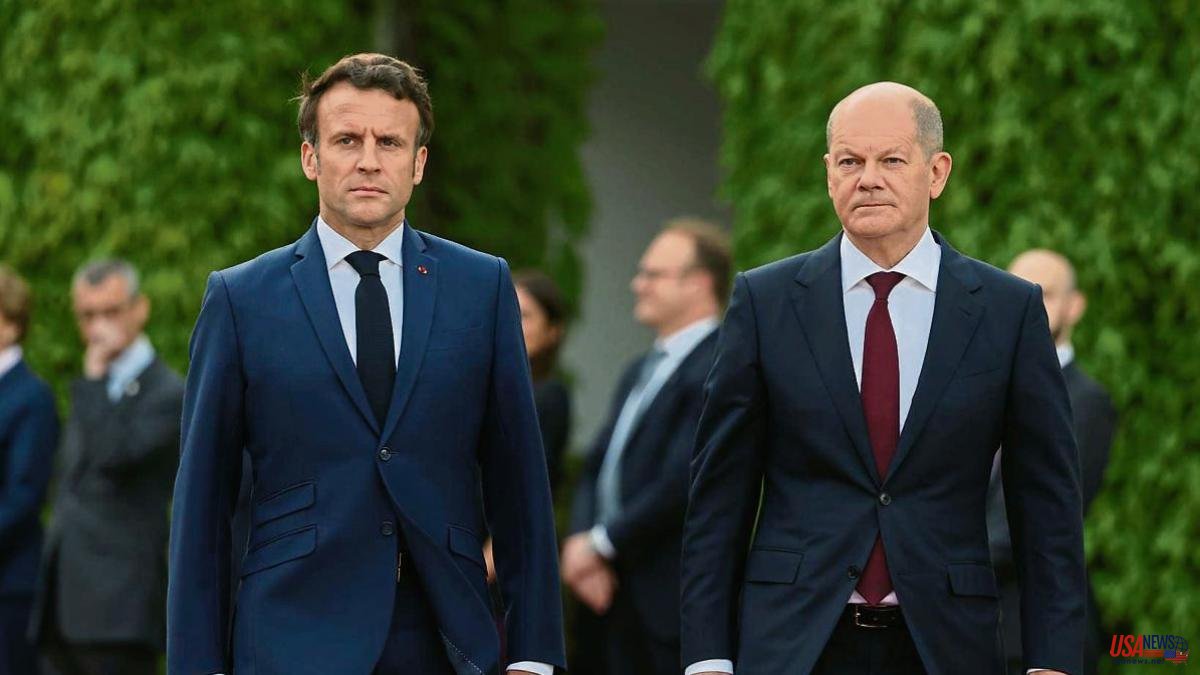 Three European leaders so far reluctant to set foot in the Ukraine at war against the Russian invader – the German Olaf Scholz, the French Emmanuel Macron and the Italian Mario Draghi – could travel to Kyiv this Thursday, according to information from German and Italian media that the respective governments did not confirm officially.

Still, there are signs in that direction. The Ukrainian president, Volodímir Zelenski, has cleared his agenda for Thursday for a possible meeting with this trio of politicians who, for one reason or another, are criticized for being lukewarm and slow in supporting Ukraine. Macron, who in recent days has openly spoken of "not humiliating Russia", yesterday undertook a trip to Romania and Moldova, another geographical itinerary sign pointing to Ukraine. It is speculated that, if the trio went to Kyiv, the Romanian president, Klaus Iohannis, would join them.

In the country attacked by Vladimir Putin, where the Ukrainian army is fighting harsh battles in the eastern provinces under incessant fire from Russian artillery, the expectation about this more than likely visit is focused on Germany.

Despite Chancellor Scholz's public promises to supply heavy weapons, there is no record that it has reached its destination. “Honestly, when it comes to arms deliveries, Germany came on a bit later than some of our neighboring countries; that is a fact,” Zelensky said in an interview Monday night on German public broadcaster ZDF.

"It is important that Chancellor Scholz comes here in times of war," added the Ukrainian leader. Zelensky said that he expects from Scholz "personal support" for Ukraine's aspiration to the status of a candidate country to join the EU. The European Commission will announce its opinion this Friday, which is expected to be positive, before it is debated at the European summit on the 23rd and 24th in Brussels.

In recent days, Macron and Scholz's phone calls to Putin have aroused suspicion in Kyiv, in the Baltic states and in most of eastern Europe, as they were perceived as a readiness to make concessions to Russia. At the beginning of May, the Italian Draghi had advocated a ceasefire and peace negotiations, which resonated in Ukraine as a desire to end the war at any price. In mid-May, after one of his phone conversations with Putin, Scholz also said that there should be a ceasefire in Ukraine as soon as possible.

For the three countries involved, making this pending visit would make sense before the upcoming G-7 summit. The annual meeting of the seven most industrialized countries, this time under the German presidency, is held in the Bavarian palace of Elmau from the 26th to the 28th of this month, just before the NATO summit in Madrid, which will be on the 29th and 30th The war in Ukraine will mark both meetings.

At the Parisian Orly airport, at the foot of the plane that would take him to Bucharest, Emmanuel Macron called for the vote for his formation in the second round of the legislative elections this Sunday instead of abounding on his trip abroad. He called for "a solid majority" because "nothing would be worse than adding French disorder to world disorder." Macron traveled to Romania to see 500 French soldiers deployed there along with 300 Belgians at a NATO base, and will go today to Moldova, a long-awaited visit in this country that, like Ukraine and Georgia, aspires to the status of a candidate country for the European Union.

In the absence of Scholz, Macron and Draghi, European Commission President Ursula von der Leyen made her second visit to Kyiv on Saturday. Various European leaders have traveled to the Ukrainian capital during this war, from the British Prime Minister, Boris Johnson, to the Spanish President, Pedro Sánchez, including prime ministers and presidents of Poland, the Baltic countries, Scandinavian countries and Eastern Europe.

For a time, Scholz justified his decision not to travel to the Ukrainian veto in mid-April to the visit of German President Frank-Walter Steinmeier because of his pro-Russian past. Scholz said then that a trip to Kyiv "must be to make concrete progress, and not just as a photographic opportunity", in clear criticism of the succession of images of leaders posing with Zelensky. But Kyiv counterattacked by formally inviting Scholz, and that argument eventually fizzled out.