Moscow continues its threats against any ex-Soviet country that intends to further embrace NATO. 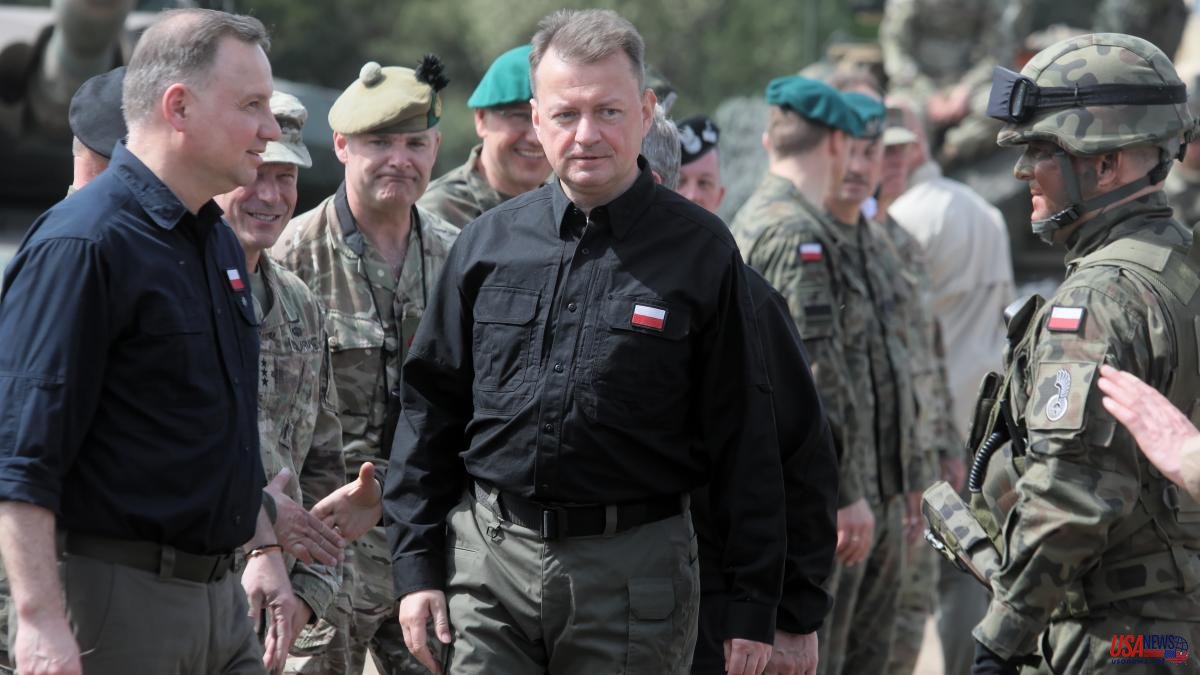 Moscow continues its threats against any ex-Soviet country that intends to further embrace NATO. After Finland and Sweden (which have applied to join the Alliance), it has now targeted Poland, a country that hosts the largest number of refugees from the Russian invasion of Ukraine. Russia's rise in tone against Warsaw coincides with the second visit of the president of the European Commission, Ursula Von der Leyen, to Kyiv.

The director in charge of Russian relations with Europe at the Russian Foreign Ministry, Oleg Tyapkin, said on Saturday that Russia will give a proportional and adequate response to the increase in NATO forces in Poland. "We cannot and will not watch impassively the increase in NATO forces in Poland. As always, the response will be proportional and adequate, aimed at neutralizing potential threats to Russia's security," he said in an interview with the agency. Russian Interfax.

Poland, which hopes to obtain more support from the next NATO summit in Madrid for the Russian military campaign in Ukraine, has had combat groups from the Atlantic Alliance since 2017, with a contingent of more than 10,000 soldiers from Western countries.

Tyapkin recalled that "long before the Maidan in Kyiv in 2014, which became the trigger that activated the spiral of tragic events in Ukraine, the successive governments of Poland, regardless of their political color, increasingly insisted on 'strengthening the NATO's eastern flank'".

Something, he pointed out, that included the placement of contingents of the Atlantic Alliance in its territory. "Really, relations between Russia and Poland have never been so tense in all of modern history. And it's not because of us," she said.

The diplomat did not rule out the possibility of a reduction in diplomatic relations or even the rupture of these, but assured that Russia will not be the one to provoke this. "Naturally, we will orient ourselves based on the current situation," he noted.

According to Tiápkin, "Poland is a furious promoter of crude sanctions pressure against Russia and of breaking off not only political contacts, but also economic and even cultural ones."

He denounced that an aggressive Russophobic campaign has been unleashed in the Polish media. "Over recent times, Warsaw has taken a series of unfriendly steps, including the unjustified mass expulsion of Russian diplomats in March this year," she recalled.

The Russian diplomat underlined Moscow's conviction that "in our bilateral relations with Poland there are no problems without a solution." "We have regularly conveyed that simple idea to our partners in Warsaw, emphasizing that a little more common sense and a little less ideological bias is enough for things to get better little by little," he observed.

However, he lamented that since 2012 "our Polish colleagues have shown absolute deafness in the face of this approach and have headed towards the total dismantling of the entire infrastructure of relations built over many years."

Regarding Von der Leyen's visit to the Ukrainian capital, the President of the European Commission, Ursula von der Leyen, announced this Saturday that she has traveled to kyiv, where she will meet with the President of Ukraine, Volodímir Zelenski, some days before the Community Executive publishes its assessment of Ukraine's application to become a candidate country to join the European Union.

"It is good to be back in kyiv. With President Zelensky we will talk about the joint work necessary for reconstruction and the progress that Ukraine has made on its European path," the Commission president wrote on her Twitter account about the visit, which had not been announced.

The European Commission plans to present this month its evaluation report on Ukraine's application to become a candidate country to join the European Union, a process that can take years and in this case has been reduced to just a few months since kyiv submitted the request a few days after the start of the invasion by Russia.

Following that report, it is the European Council (the EU Heads of State and Government) who must unanimously agree to give this country candidate status, a prospect to which some Member States are still reluctant.