The exchange of accusations continues for the sabotage of the Russian Nord Stream gas pipelines, which suffered four leaks this week as they passed through the Baltic Sea. 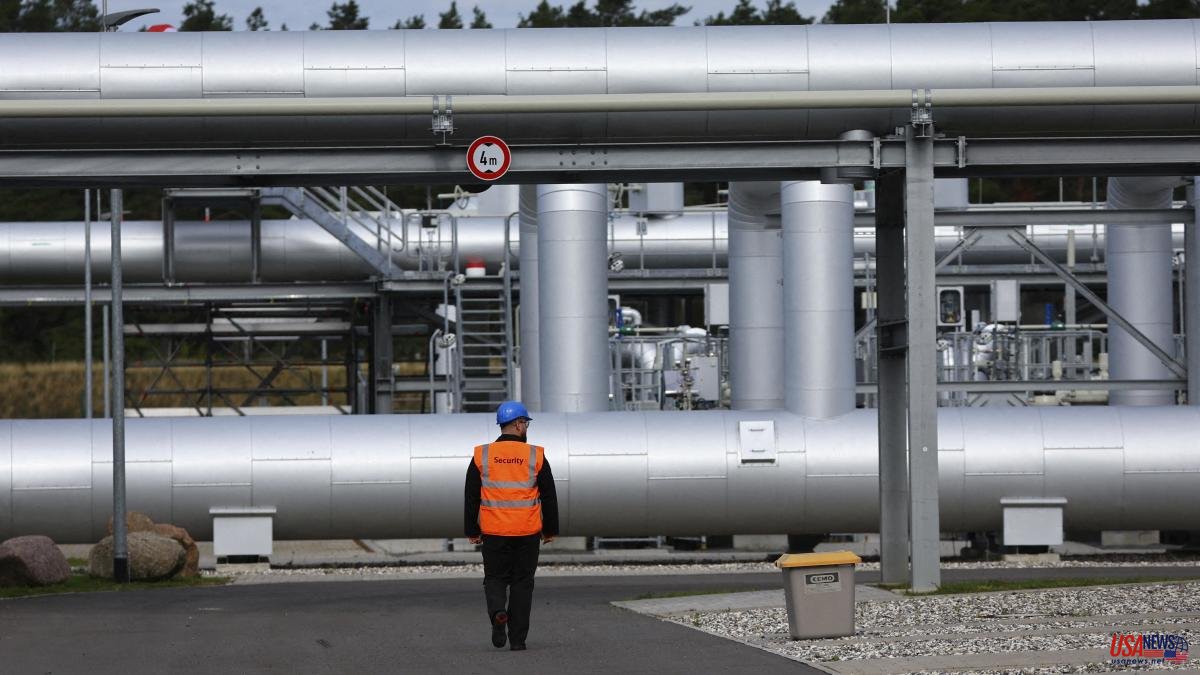 The exchange of accusations continues for the sabotage of the Russian Nord Stream gas pipelines, which suffered four leaks this week as they passed through the Baltic Sea. While the West throws its suspicions about Russia, the Government of Vladimir Putin points in the opposite direction. "First of all, we must clarify who did it and we are sure that certain countries that previously expressed their position were interested," Russian Deputy Prime Minister Alexandr Novak commented today on the Rossía-1 channel.

Specifically, he explained that the United States, Ukraine and Poland declared at the time that the infrastructure would not work "and that they will do everything possible to do so", he added. He also explained that "there had never been accidents like this before" and that there are still technical possibilities to repair the infrastructure, although doing so will require time and necessary means. "I'm sure the right options will be found," Novak said.

To the accusations about the West made by the Russian deputy prime minister are added those of the head of the Russian Foreign Espionage Service (SVR), Sergei Narishkin, who has denounced that a "Western trace" has been detected in the leaks from the two gas pipelines. "We continue to collect data. For now they are indirect, but the indirect data, those that have already been publicly presented and those that have not yet been published, of course, point to a western trail," Naryshkin told the Rossía-1 channel.

This week Russian President Vladimir Putin described the leaks as an "act of international terrorism" and directly accused the "Anglo-Saxon" countries -although without mentioning names- of organizing "incredible sabotage". "They have practically begun to destroy the common European energy infrastructure," the president said Friday during a ceremony for the annexation of four Ukrainian regions.

For Putin it is obvious who benefits from the destruction of the two gas pipelines. "He who benefits did it, of course," he said in an oblique reference to the US, a charge that Washington "categorically" denied that same day.

Meanwhile, the Danish authorities have terminated the four leaks this Sunday, according to the Danish Directorate General for Energy. From last Sunday to Tuesday, two leaks were found in each pipeline (both out of service), two in the Danish area and two in the Swedish area, all in international waters. The fact that gas stops coming out of the ducts will make it possible to carry out underwater explorations.

The finding caused the electricity and gas sectors of Denmark and Sweden to raise the level of alarm over critical installations this week, as did Norway despite not having a coastline on the Baltic Sea. For its part, the European Commission advocated getting "to the bottom" of the matter and waiting for the open investigations in the countries where the leaks have been detected to end before making a pronouncement.

The first gas pipeline -Nord Stream 1- interrupted supplies weeks ago, Moscow alleging technical problems, while the second -Nord Stream 2- never came into operation, since the German chancellor, Olaf Scholz, blocked it as a result of recognition by Moscow part of the self-proclaimed breakaway republics of Donbas, in February.